2017 YA Books You Should Definitely Read
Advertisement

The YA genre is a genre aimed to people within the ages of 15 to 20.Over the years it has become a big phenomenon among the entertainment industry with huge successes. Among the YA Book community there has been certain anticipated releases, her are some of my favorites :

The Hate U Give by Angie Thomas

Currently with a film in development starting Amandla Stenberg, this book is about a 16 year old girl named star who witnesses the death of her best friend, named Khalil, by a police officer. Starr also deals with the aftermath of Khalil´s death, as well with national headlines and protests. The author, Angie Thomas was heavily inspired by the BlackLivesMatter movement.This book also marks her debut as an author and her first New York Times bestseller.

Available on Amazon and Audible

Flame in the Mist by Renee Ahdieh

This story follows Mariko, a 17 year old girl, in feudal Japan. She is on an action packed journey fighting and uncovering secrets.Her father, a samurai, has arranged a political marriage with the son of the empero´s favorite consort. During the path to enter the imperial city she is almost killed by The Black Clan , a group of bandits Mariko is determined to infiltrate the Black Clan, dressed as a boy she does.Later she gains the trust of the elites of the clan and stras uncovering secrets. Considering Renee Ahdieh´s previous work with Wrath and Dawn , I´m exited for this new trilogy.

Available on Amazon and Audible

History Is All You Left Me by Adam Silvera

Grief, death and acceptance take center stage in this novel. The main character, Griffin is mourning the loss of his ex-boyfriend, Theo. His world is falling to pieces and his future is uncertain. The only person who understands him is Jackson, Theo´s lover before his death.I cannot wait to read this motional and inspiring story. Adam Silvera´s work has been granted enormous praise by the YA community.

Our Own Private Universe by Robin Talley

For the romantics out there this is a book you should read. Aki is bisexual, while she has only been in relationships with guys she never doubted of her bisexuality. She and her best friend Lori attend a church mission trip in Mexico. There she meets Christa and falls in love with her. This own-voices LGBTQ+ novel addresses many stereotypes and myths surrounding bisexuality, safe sex, coming out and sexuality.

Why Feminism in Literature is Important

The App All Rappers Should Have 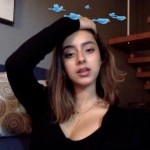