2018's Rom-Com Blockbusters: Why They Were So Successful
Advertisement

This year brought us the resurgence of the romantic comedy, a genre that had petered out by the time 2010 rolled around. In 2013, there wasn’t a single rom-com in the year’s top 100 movies. It seemed like studios had exhausted their resources of actors and storylines – if there was to ever be a revival, there had to be a change.

Enter Love, Simon, To All The Boys I’ve Loved Before, Set It Up and Crazy Rich Asians – some of the biggest movies of the year. Our knights in shining armor.

The movies have classic tropes and light humor to boot. But what brought them the most success was their mainstream portrayals of underrepresented groups. Love, Simon‘s titular character is the first gay lead in a major studio film. Set It Up features a strong female perspective in the male-dominated corporate world. To All The Boys I’ve Loved Before boasts a fully Asian lead in a teen movie and Crazy Rich Asians has the first all-Asian cast in a feature film since 1993.

Each one of these movies brought a minority into the spotlight – often for the first time in the genre’s history – and received glowing praise, reviews and success. All have remarkably high scores on Rotten Tomatoes (92%, 89%, 95% and 93% respectively) and have topped numerous box office or streaming service charts. Most impressively, Crazy Rich Asians brought in $30.5 million just this Labor Day weekend and is projected to reach $118 million by Tuesday. 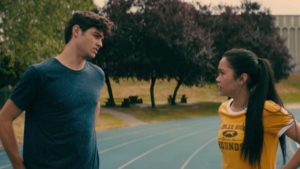 This representation was the change the public was waiting to see in the movie industry. Audiences were tired of paying to see variations of the same love story. Everything had already been done, it seemed. Take a look at the biggest romantic comedies of the early 2000s: 13 Going On 30, Mean Girls and How To Lose A Guy In 10 Days. An embarrassing amount of rom-coms featured a white main character and a heavily stereotyped POC on the side if we were lucky. Girl and boy would meet, and we know how it goes from there. Today’s social environment is built on the public’s urges to do better, including the likes of #MeToo, #TimesUp, and #BlackLivesMatter. Social media platforms, Twitter, in particular, are plastered with pushes for diversity and equal representation. If the romantic comedy was to make a comeback in 2018 it needed to do something differently. So it did, and it worked. The success of these films is incontestable. 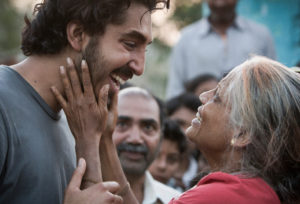 I have seen many, many movies over the years. I have my collection of favorite characters, but the ones I love the most are the characters I can see parts of me in. It’s healing to see aspects of myself that I could easily interpret as things to be ashamed of portrayed so openly on platforms that reach millions. 2016’s Lion was the first time I’d heard my native language, Bengali, used in a Hollywood production. Both my parents cried during the film; not because of the plot, but because they saw women dressed like their mothers and villages like ones their grandfathers grew up in. I can say firsthand that to a young minority, movies that take steps like these are the ones that matter. They raise awareness and increase acceptance, and they make those represented feel seen. They almost singlehandedly revived and modernized the rom-com, giving the public a reason to go out and buy a ticket. And as it turns out, people did, because people can tell when something is different, and they can tell when something is groundbreaking.

The African Accents Used in Movies Are So Cringy 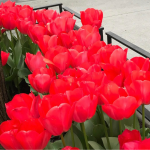 14, from California, Canada, and Bangladesh. Sariah takes two full run-throughs to like a movie and even longer to articulate her thoughts, but ultimately she manages to do both.

Disney Is Working On A Live Action ‘Lilo & Stitch’ – But Is It Necessary?