4 Bollywood Movies That Will Change Your Perspective
Advertisement

The Feminine ideal in Asian culture is no secret; a girl should be calm, caring and quiet unless there’s a real need for her to talk and be heard. Most importantly she should be someone who puts her family’s reputation above her feelings and her husband’s wishes above her own ambitions and goals in life. Sometimes that even means giving up on who she really is just to serve herself as a housewife for a man who is the breadwinner of the family and is much more respected in terms of being the hard-worker.

However, films are trying to break this stereotype. Here’s a list of four Bollywood movies that may not have caught the public’s attention as much as they should have, but they hold strong messages to Asian families regarding how they should change their perspective and believed-to-be-right mindset towards life and gender roles:

, Mahavir Singh. He is forced to give up wrestling in order to obtain a gainful employment, and is deeply disappointed about not being able to win a medal for his country, so he vows that his future son will. Mahavir is disappointed when he has four daughters and gives up on his dream of winning a medal until he realises that his hopes aren’t in vain when one day his older daughters come home after beating up two boys for using derogatory language. The story then continues as Mahavir training his daughters, despite facing backlash from villagers, with one of them becoming the first Indian female wrestler to win gold at the games. The director, Nitesh Tiwari has beautifully filmed about girls being nothing less than boys. Desi people prefer sons over daughters no matter what and this is partly due to the fact that they are assumed to be more of a financial liability for their parents since according to their desi presumptions, raising a daughter requires a lot of money for educational expenses, savings required for her marriage settlement and other occasional expenses just like Ramya Abhinand has explained in an article on HuffPost about the 4 reasons to why Indians prefer sons over daughters. Hence, Dangal is a film about how girls can do everything if they have the motivation, encouragement and proper guidance to do so. Gone are the days women used to sit at home cooking, cleaning and taking care of their respective households alone, leaving behind their ambitions. The list of 22 Indian women who were the ‘First’ in their respective fields of passion such as bike-racing, modelling etc and professions such as doctors, rickshaw drivers etc is a great example of how desi women are nothing less than men today and so desi people should really stop with their gender discrimination.

After having a bitter argument with his manager regarding the blatant abuse of power and influence to win a dance competition, the choreographer of a dance competition, Vishnu, quits his job. He then stays with his friend, where one day, he witnesses some youngsters from two different gangs showing their dancing abilities at the Hindu festival (Ganpati Chaturthi). Vishnu then decides to hold free dancing classes for both the gangs, combining their teams and preparing them for the next

national dance competition. The story continues about how few days before the national dancing competition, the cops come to arrest the choreographer as a result of the parents of all the dancers complaining and making a huge fuss about how their kids should have a proper career and shouldn’t be mixing in this way (by dancing that’s of no use at all!). An impromptu dance performance by the team then convinces their parents about their hard work and how passionate each one of them really are in the field of dancing. The team finally ends up winning the national dancing competition making their parents as well as their choreographer very proud of them. The director, Remo D’souza has clearly delivered an important message via this movie towards all the Asian parents. “Don’t force your children to major in something you like. Let them follow their passion keeping in mind, profession fades over time but one’s passion lasts a lifetime.” It’s always the Desi parents that assume the only respectable forms of careers are doctorate, medicine and engineering. Negative. All professions are respectable in their own ways. Success comes down to one’s own passion and hard work.

The plot is about a six-year old Pakistani girl, Shahida, as a result of falling off a cliff while playing gets saved by an overhanging tree, but isn’t able to call for help since she is mute. Her concerned mother takes her to the shrine of Sufi saint hoping it will restore her speech. On their return from India back to Pakistan while the train stops for some repair, Shahida gets off to save a lamb and the train leaves before she re-boards it. Shahida then

re-boards a freight train and winds up in another place in India. The story then continues about how a loving Indian man takes care of Shahida and somehow risking his own life, returns Shahida safely to her parents back in Pakistan. The director, kabir khan has made it crystal clear in this film about how, even though the relations between India and Pakistan have been complex and largely hostile due to a number of historical and political events, humanism is nothing related to patriotism. Hence, humanity between the people belonging to the two nations aren’t lost. They still hold loveable feelings when it comes to children, parents, friends and family. Desi people really need to let this sink in their hearts and stop being against mixed friendships, relationships and marriages between the people from either country. After all, past is past and all that matters is the present and future.

This film follows Kia, a goal-driven career woman whose aim is to succeed in the business world and Kabir, a laid-back son who comes from a wealthy family but doesn’t wish to take over his father’s successful company and or even inherit his wealth. The pair meets, become friends and gradually fall in love, realizing that Kabir’s preference to stay at home fits perfectly with Kia’s wish to climb up the corporate ladder. They get married and establish a strong relationship where Kabir handles the daily household affairs while Kia is the main breadwinner.

News spreads about the unconventional pair and Kia becomes jealous about her husband’s unexpected fame, however, she comes across a letter from some important female figure congratulating the pair, saying that to be a man who maintains a household rather than work is a brave choice, but to be the wife of such a man is an even harder choice. Later she apologises about her behavior and temperament to her husband and the couple lives happily ever after. The director, R. Balki has wonderfully filmed about how it’s okay for a man to take over the household chores or at least help out around the house, which most of the Desi men fail to do. Desi people often think that it’s solely a woman’s job to get married, stay home, cook, clean and take care of the children, giving up on her dreams and ambitions. Negative. In today’s world, there are a lot of educated women who have goals and wish to succeed in the career world as much as maintaining a successful family, which is why even men should stop with the gender discrimination and understand that both men and women have equal rights to have goals and accomplish them.

If you haven’t watched these four movies yet, go ahead watch them and make sure you share them with your desi family and friends too!!

The ‘Halloween’ Reboot Looks Like a Scary Good Time 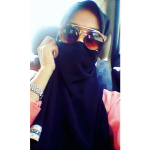 Nuskiya Nasar is a Ceylonese busy-bee who believes true success is defined by how one transforms their passion into paychecks.