If you are feeling extremely stressed, unmotivated, or sick during these first few months of school, you are not alone. If you’re a first-year university or college student, you have been thrust into a world of new friendships, classes and a totally different workload. It is common to feel like you are having trouble keeping up and that everyone else is keeping it all together, but it’s really not healthy. So, as a distraction, just let yourself go for two hours and then get back to work! Let’s close all our tabs, get cosy and watch some movies recommended by me and some other freshman friends that will make you feel a little better.

This movie details the struggle of Jess, an 18-year-old girl living in London, to convince her traditional Sikh family to let her play soccer (football) while also navigating the struggles of late adolescence.

Why you should watch it: This is a feel-good movie about unfair restrictions and uncertainty about the future, which is likely a major theme in your own life. Jess’s life is hilariously navigated through breaking and forming bonds, constant scheming and the realization that true happiness may require balancing others’ expectations of you with what you truly want.

This moving, romantic classic tells a story within a story. A man regularly visits an elderly female patient, reading to her about a romance between that is jeopardized class differences and WWII. They find themselves reunited after the war and struggle with the idea of rekindling their love – with a big twist lying at the end.

Why you should watch it: “It’s one of those love movies that gives me hope”, says one friend. It’s a feel-good film that will make you laugh and cry with the characters, rooting for their love until the end. You will be so invested in the film that you will have no time to think about your exams.

Image via soveryspecial on Tumblr

Starring and written by Matt Damon, Good Will Hunting is the story of a young janitor working at MIT who is gifted at math. He attracts the attention of a professor and his friend, a psychologist, who try to help him achieve his full potential.

Why you should watch it: Good Will Hunting‘s greatest asset is that it will make you both empathize and frustrated with Will (the main character) as you watch him make mistakes and then try to fix them. His character and Matt Damon’s stunning performance reminds us of how difficult it is to be human. Hopefully, this will remind you to be gentle with yourself as well, even in difficult or uncertain times. This movie will probably make you cry at some point, which is also a good way to release pent-up, negative feelings.

Cady Heron is thrust into a brand new high school and learns to deal with the pressures that come with it, including the clique that terrorizes the school: The Plastics.

Why you should watch it: Although the premise of this movie is simple, the film itself is iconic. Even if you glean no proper theme or message from it, it will entertain you from beginning to end, while also skillfully providing critiques of the expectations surrounding teenaged girls. That is all I can say. Watch it.

Image via movie-scenesx on Tumblr

Hailee Steinfeld plays high school junior Nadine, who offers a fresh and modern perspective of the struggles of learning and growing in a world that seems to be moving faster than you can think. Her world, admittedly already fragile, seems to completely fall apart when she finds out that her only friend Krista is dating her older brother, Darian (one of those aforementioned people who seems to have everything together).

Why you should watch it: This movie will make you so angry at Nadine because she’s real, relatable and flawed. Perhaps a little more dramatic than most people, she is still very relatable and easy to empathize with. As the movie progresses, it becomes so much easier to be more forgiving of yourself. We all have those moments where it seems like nothing we do makes any sense, and that the problems we have are neverending. Beating yourself up will not make it better, and this movie shows that finding support does.

Image via ineffable-gal on Tumblr

Always remember that it’s important to pay attention to your own wellbeing, and a good movie is a great way to unwind. Hopefully, this list helps you to relax and manage your post-final stress!

In this article:bend it like beckham, edge of seventeen, good will hunting, mean girls, movies, stress, the notebook
Up Next:

Are Movie Theaters Going to Die?

‘West Side Story’ is Coming Back! 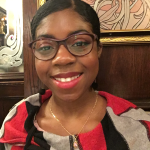