5 Reasons Why Legion Is A Great Comic Book Show
Advertisement

Monsters, Witchers, Battles and Lots of Magic: A Review of Netflix's The Witcher
ShareTweet

Comic books are frequently being adapted into TV series and movies. Shows like the CW’s DC TV shows, Luke Cage, Agents of S.H.I.E.L.D,  Marvel’s Runaways and Krypton, are some examples.  However, for some reason, when we talk about this genre, it seems that Legion is left out of the discussion. This shows that though rightfully deserved, Legion isn’t as popular as mainstream comic book tv adaptations.

Our titular character, David Haller, portrayed by Dan Stevens, is a powerful mutant. He is misdiagnosed with schizophrenia, but in fact, has Disassociative Identity Disorder (DID). We first meet David at the psychiatric facility known as Clockworks. Here we also meet Sydney (Syd) Barrett, a withdrawn mutant who can swap minds of the people she touches and Lenny Busker (Plaza), a friend of David’s and an “impossible optimist” despite having a history of drug and alcohol abuse.  Thanks to David’s encounters with Syd, he learns that there is more to him than his mental illness. However, it’s during this time where he discovers that a parasitic mutant known as the Shadow King aka Amahl Farouk (Negahban) has been tormenting David psychologically since he was young and even fought his birth father. It’s this point in time where he learns of his true parentage, that his father is Charles Xavier.

Now that you’ve had a brief introduction to the plot and the characters, here are five reasons as to why Legion is a top tier comic book show and why you should watch it.

Legion has some of the most stunning, sophisticated, well-done visuals like many comic book shows. However, the way that Hawley uses colour, lighting and animation as a device for storytelling is unseen and works to create a unique aesthetic and experience.

An example of this is the final battle between the Shadow King and David at the end of season 2. Here we have the battle in animation to depict the final showdown on the psychic realm. This is an innovative way of showing the audience what goes on in David’s mind and how he perceives his reality.

For any TV show, the set design is an integral part of the storytelling. It provides the time, setting, the story and the atmosphere of each scene and the show in its entirety, which can make or break the audience’s impression of the series. Legion’s set design is is 70’s inspired and quirky, yet there is no real indication of what time the show is set in. The 70’s clothing, combined with modern technologies leave everything to the imagination.

“All those things led us to this oddly inviting, brightly-lit kind of brutalist ‘70s feeling for the mental hospital. There’s a ‘70s feeling kind of throughout the show, in a lot of different parts from the wardrobe to the sets.”

Syd and David in Clockworks Image via IndieWire

The acting and characters

The characters are the heart of the show as we see each character grow and develop outside of their relation to David, despite him being the main character. No character is underutilised; each has its purpose in relation to themselves and David. For example, though Syd is David girlfriend, she had her own storyline and her personal development. We get to see what make her tick, her likes and dislike, just as we do for David. Other characters such as Kerry & Cary Loudermilk, Ptonomy, Lenny Busker and Melanie Bird are well-rounded, thought out individuals who we get to see develop as the series unfolds. All their own identities and stories, none of which are abandoned. Each of them is just as important as the next, and everyone is portrayed with emotion and depth.

Legion goes the extra mile to transcend the boundaries of a typical comic book series and throws our expectations out the window. The way Hawley uses mental illness and trauma to portray the stories of these mutants is by not by representing mental is as a character flaw hindrance, but it tells the audience why David and Syd act the way that they do in terms of how they respond to different people and situations.

The use of anachronisms to set the world is peculiar and draws you in because you’re constantly trying to decipher when it’s set. It creates a pleasant confusion that leaves your cogs in your head turning, even after the episode is over.

Legion’s storytelling is fragmented and non-linear, like that of David’s mind, as there are different dimensions, timelines and perspectives in the fold. It’s not a show where you can figure out the plot in the first few episodes, but that makes it all that more engaging.

The way that Hawley and the cast use these devices to tell a unique story from a unique perspective is refreshing and a nice deviation what audiences are presented with.

Honestly, I think this scene speaks for itself.

When you watch Legion, you are taken on a surrealist experience, an all-encompassing journey. Legion asks you to take part in the story by simply letting go and absorbing the story, and that’s not hard to do when there is Jon Hamm doing some narration every now an again.

Legion is a show that will make you think that you have the answers when in actuality, you have no clue what’s going on until it’s revealed to you if it’s revealed to you.  Every twist and turn, the zig when you thought they were going to zag is calculated and intentional and will leave you with more questions than answers, but you will still feel fulfilled and intrigued.

Legion has heart and soul; it asks you to throw logic out the window an gives you something better in return. With a great story and a compelling protagonist, Legions takes on a mental and emotional journey that will have your head spinning, but all the greater good. A sci-fi show with some horror elements, a palette of colours and a singing mouse. Legion is a show that should be on everyone’s radar.

You can catch the third and final season of Legion on FX Mondays from June 24th 10/9c and on FOX 9 pm Fridays from July 4th in the UK. 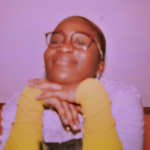 A lover of makeup and movies; I'll watch anything with aliens, robots or robot aliens; comedies, comic book movies and spy flicks too. I also dabble in social and political issues․