5 Talented YouTube Musicians You Have To Start Listening To
Advertisement

I am always looking for a great voice to add to my playlists, but sometimes the best artists haven’t yet been completely discovered. I have seen more than a few talented voices in the sea of videos on the social media platform YouTube. After combing through hundreds of artists, here are my weekly favorites in no particular order:

Jas Ratchford (stuffbyjas) is a singer/songwriter who made her debut on YouTube in December of 2014. She has racked up over 23,000 subscribers and over 846,000 views. Her style is described as folk/pop, and my personal favorites of her songs include “Eden,” “Tea At My Place” and “How Does Your Garden Grow.” I would recommend her channel to anyone looking for easy listening music that is extremely catchy and will (most definitely) get stuck in your head.

With a voice like butter, Jonny Huang from Taiwan took Instagram by storm with a cover of “All In My Head” by Tori Kelly. He has since grown to over 128,000 followers on Instagram and 1,136 subscribers on YouTube. His style can be described as a mix of indie and R&B, and my personal favorite covers of his are Rihanna’s “Stay,” Billie Eilish’s “idon’twannabeyouanymore” and “La Vie En Rose.” He is a good choice for a chill tune, and definitely has incredible talent!

Frankie made her YouTube debut in 2017 with an original song titled “What A King Needs.” She has since worked her way up to over 1,400 subscribers. My personal favorites of hers include “An Idea Of Someone,” “Fridays Are For Tears” and Rihanna’s “Take A Bow.” I don’t know if its the nostalgic feel that her videos give me or the fact that she reminds me of better times, but her voice is like a siren’s, drawing you in to want more. I am truly waiting for her channel to blow up.

Chloe Moriondo had popped up numerous times in my recommended section, and I have never been let down. The first video I saw was a cover of Cavetown’s “Lemon Boy.” I immediately fell in love with her voice and soft style, causing me to hunt for more of her music. My favorites of hers include “Silly Girl,” “Waves” and “Luv Note.” Chloe’s first YouTube video was a cover of ItsWayPastMyBedtime’s cup song remix. Since then we’ve seen her grow not only as a creator but also as a person. Since then she has earned over 1.2 million subscribers, and over 42 million views. She deserves all of the love and support she has received as she is incredibly talented!

Rosa is incredibly underrated. As of January 2019, she has just over 100 subscribers that, by any standards in numbers, do not reflect her talent, voice, and unfathomable songwriting skills. Her first video was a cover of Dodie Clark’s “Dear Happy,” posted over a year ago. My personal favorites of hers include “Lullaby #1,” “Eighteen” and “The Middle.” Her style is easy to listen to and easily gets you caught up in her lyrics.

Look Out For Upcoming Alternative Pop Band: The Stolen 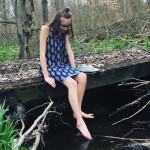 My name is Aidan and I am a writer from the United States. I am in my second year of high school, and involved in tons of activities. I mostly write about drama, musicals, and show reviews, but I will try anything once!