Sometimes it’s hard to find new TV shows watch, however it’s sometimes also hard to get the TV shows you love to get the recognition they deserve. I watch a lot of TV and have watched some amazing programs ever since I’ve been staying u later. I’ve seen some shows come and go, as well as channels. I also find that some TV shows with a lower budget may not get the same recognition as an ongoing show such as Eastenders, which tends to recycle their plots. So that is what I am going to suggest to you, 5 shows that are under appreciated (mainly from the BBC).

These are just some of the underappreciated TV series that I feel haven’t got the recognition they deserved.

In this article:tv, underrated
Up Next:

Recap of the Season 3 Premiere of ‘Rick and Morty’ 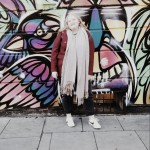