8 Canadian Artists You Should Be Listening To Right Now
Advertisement

If you live outside of Canada, take a minute to think about Canadian music. What exactly comes to mind? I’d like to imagine that you’re picturing Drake sitting atop the CN tower, singing about his home in the 6ix. Who knows, maybe you were even reminded of Alessia Cara or The Weeknd.

The point is that there are probably very few artists who come to mind when you think about Canadian music. This is understandable; it’s often difficult for local music to break into international markets. Believe it or not, Canada is actually brimming with talented artists you’ve (probably) never heard of. So let’s take a moment to stop listening to Starboy on repeat, and delve into these 8 Canadian national-treasures who deserve your attention.

Every album released by Arkells approaches rock in a unique way, morphing the genre into something completely original. While their first album (Jackson Square) is focused on soulful indie-rock, their most recent album (Morning Report) synthesizes rock with fragments from different genres, including gospel and pop. Beyond their take on alt-rock, Arkells have also become known for combining their music with meaningful commentary, using their songs to address topics ranging from political injustice to the social scene of the 1960s.

A Tribe Called Red is a group of First-Nations DJs from Canada’s capital, Ottawa. The group emerged in 2007 when they started hosting parties called ‘Electric Pow Wows’ to bring together their city’s indigenous youth. These parties featured the DJs’ original songs, which combine EDM with elements from First Nations music, particularly vocal chants and drumming. After the Electric Pow Wows were met with a positive response, A Tribe Called Red finally released their first album in 2012.

Whether or not you speak French, it’s easy to appreciate the folky sounds of this sister duo from Québec. Every song by Les Soeurs Boulay is a perfect blend of soft instrumentals, vocal harmonies, and poetic lyrics. Their most recent EP, Lendemains, features stripped-down tracks that feel warm and familiar, every piece centered around the singers’ voices and a single guitar.

Similarly to Arkells, this Alternative Rock band has become known for openly discussing social issues, with the front-woman (Leah Fay) often showing up to performances sporting pride-themed makeup. However, what really sets July Talk apart is their unique combination of voice and sound. Leah Fay’s melodic voice is perfectly contrasted by the deep and raspy voice of her male counterpart, Peter Dreimanis. Set to heavy percussion, the band’s music becomes both haunting and bad-ass.

Dallas Green is a folk musician who has been releasing intimate albums since 2004 under the alias City and Colour (get it?). One of his most interesting recent projects is a collaboration with iconic pop artist “P!NK” (Alecia Moore). Under the name “You + Me,” the duo released an album called Rose Ave., which beautifully combines the opposing styles of the two artists.

If ever you get the chance to see this band live, do it. Drop everything, go to the venue where they’re performing, and watch as they captivate the audience and dance around to their own music. Though their live performances are breathtaking, Said the Whale’s music is equally enthralling on its own; every song is completely different, ranging from heart-wrenching ballads to upbeat indie-rock tunes.

Since releasing their self-produced debut album in 2003, this indie-rock band is constantly evolving the way they sound. With every album you can hear Wintersleep experimenting with style, stepping away from old-school rock to create songs that feel modern and original. Of course, the band still maintains the best parts of rock-and-roll – every song is fuelled with energetic rhythms that will make you wanna dance whenever you hear them.

Since being one of the 2013 finalists of La Voix (the French-Canadian version of The Voice),  singer-songwriter Charlotte Cardin has gone on to release her first EP, Big Boy. Dropped in 2016, Big Boy displays Cardin’s ability to craft moving lyrics in both English and French. Her music is centered around pop, electronic, and jazz elements, most of her songs featuring slow and lofty vocals alongside upbeat percussion and piano.

In this article:arkells, canada, canadian, city and colour, indie, july talk, music, rock, said the whale, wintersleep
Up Next: 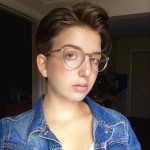