A Closer Dive Into the Prolific Word of ‘The Brain,' a Nonfiction Novel By David Eagleman
Advertisement

The Brain is an informative nonfiction book written by David Eagleman, an American neuroscientist and writer at Baylor University. This book not only goes into detail and the real science about the brain and what goes on in the darkness of an ordinary skull, but it also faces the reader with the cold hard questions, many of which are about life and existential questions, that not only help you ponder them but maybe in a way help answer them.

The beginning of the book starts out with an enticing chapter title, called “Who am I?”. This chapter begins in an easy, humorous and understandable way. The author includes pictures and diagrams to catch the reader’s eye. Not only is it aesthetically pleasing, but it also gets in depth with the science and the data that the author brings in the story. For example, in this chapter, it starts out as very informative and descriptive on how the brain looks and feels, and the basic terms of neurology. But once you get more into depth in the chapter, the author begins to bring real life anecdotes and evidence on how he convinces the reader why the point he’s making is right. Anecdotes, diagrams, pictures and historical background on the information he’s putting sums up the point he is making in his first chapter: we sometimes do not have control over what happens to us. Our brain is really just a big gunk of matter that is ruled by chemicals and tiny lights of electric pulses and synapses that make you, you. Whatever choice you decide, or whatever ice cream flavor you choose to eat, it’s all just the same route that neurons have to take. It’s just a matter of question whether you want to make them work and change the route, or keep the same route and never grow and expand?

The second part of the book starts off a little more difficult than the last. Because the reader  now has a basic understanding of the brain and the magic it does, the reader can infere with this information and draw conclusions that arise in the chapter “What is reality?”. Like I said, this chapter is a lot more complex than the last, so it will include more studies and complicated stories. For example, on one of the passages, the author states that we humans only have a very narrow and closed off perception as to what reality actually is. As a matter of fact, we don’t know what reality is, and that’s what the author is trying to say in this chapter. Eagleman includes stories of experiments he ran like there was this one experiment where he observed a forty-year-old man walk, and do daily and normal activities. You might ask, isn’t that a pretty boring study? But here’s the thing, this man has to think about walking, he has to focus to get that glass of water off the kitchen table. His neurons are functioning very differently from ours. In my last paragraph, I stated that easy memory tasks make the neurons take the same path every day—his neurons don’t. He has to work a little bit harder than most, he can’t just unconsciously walk or breathe. He has to take the time to do it, which makes his reality and our reality much different. In many stories similar like these, the author takes the time to explain complicated topics like reality and explains it through easily understandable stories. Through this whole chapter, the idea of reality being a complicated question and concept is repeated immensely throughout the chapter, which slowly fogs the idea into your head: reality is something very malleable, that can be changed or stopped at any point, it’s just the matter of which lens you’re going to see reality through. The big, clear and happy lens, or the small and gloomy lens?

The author continues to write four more chapters, including more information about who is really in control, who decides for our decisions, and how we can control the buzzing neurons and electricity spazzing in our brains. The very last chapter is titled “Who will we be?” In other words, what will happen to mankind when technology starts to replace humans and their capabilities. This chapter is less on the science and hard cold data and focuses more on discussed theories and works in progress that are happening now in the field of medicine and technology. Eagleman eagerly explains all of his colleagues’ theories including some that involve him building robots and robotic prosthetics that replace the ordinary limb. For example, in one of the stories the author shares through this chapter, he explains how this veteran has lived more than half of his life without his right leg. Lots and lots of doctors have tried all kinds of prosthetics – ranging from plastic to sometimes even metal and wires. But only now, a doctor from Washington D.C. has successfully created a robotic limb, functioning properly and everything. Now, this orthopedic doctor didn’t do all of this by himself, he had to have help from a neurosurgeon so they could put the sensors in the patient’s brain and the neurons could send messages to the robotic limb and act as if he had his leg back. It was a very complicated trial that included waitlists from insurances and many approval letters to get this done. Overall, this procedure took six years to complete the process of getting the robotic limb approved and functioning well. From this simple story that Eagleman told, he already made his point clear and vivid. If the human race continued to work together and learn and discover more as they help the field of medicine and technology grow and flourish, they would have to keep going and move forward. We’re already so close to having things like robots itself, and automated things talking back to you like the well known Siri that’s implemented on the iPhone. It’s all a matter of time, and how much we want it.

In review, The Brain is a book about discovery and innovation—explaining to an average human reader so many wonders about the brain. Most humans would say that they have no idea what goes on in their heads, and some don’t even take the time to learn and know what’s actually happening. Because even learning the littlest thing in this book, like knowing that when you recall a memory your brain lights up like a Christmas Tree in NYC and expands your creativity and knowledge by so many percentages. Just by reading, or by writing, or learning or doing anything new that requires your brain to work, it’s getting its exercise by the treadmill with a good cup of coffee. The brain is something so wonderful and so extraordinary that we as humans in 2017 still don’t understand entirely. It’s a scientific book yet an inspiring one, that does somewhat help answer your existential life questions!

Epic Fantasy Books That You Should Read 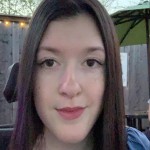 Emily is a fifteen year old writer who loves to write about social justice issues, specifically concerning the disability community. When not furiously typing, she can be seen binge watching Sex and the City, or viewing your favorite Supermodel's skin care routine on Vogue.com.