I admit being guilty of watching the same movies over and over again to the point where I can’t help but mention them to my friends in every conversation ever in the hopes of getting them to watch my recommendations. Whether the conversation is about love, floral shirts or Leonardo Dicaprio’s haircut, one of the films I always refer to is Romeo + Juliet. It was even used as a reference for one of my favorite love stories of all time- Even and Isak in Skam. Considered a 90s classic, director Baz Luhrmann captures the dramatic story of two doomed lovers like no one else has (except for Shakespeare himself, of course). The movie takes place in a modern city (skyscrapers included), but Baz Luhrmann stuck to the original script, which resulted in a strange melange of old and new. Somehow, the whole movie still works and apart from the great cinematography, heartbreaking acting and interesting characters (I see you, Mercutio), the fashion choices in the film might be the most interesting.

Romeo + Juliet is the epitome of 90s fashion at its finest. You can’t expect much else with the iconic Kym Barrett- stylist of The Matrix among other movies,  who was in charge of the outfits for the movie. From floral shirts to outrageous party costumes, the movie has an interesting way of communicating underlying messages through fashion. Here are some of the best outfits in this 90s cult classic.

If I were to describe the Montague boys in one term, I would go for something like “passionate nonchalance” which is, in its essence, contradictory. However, it’s an accurate representation of the allure of coolness the boys try to project in an attempt to diminish their passionate personalities. Through barely buttoned shirts and striking rings, the Montague men articulate their indifference towards the world.

You can’t write an article on Romeo + Juliet and not mention Juliet’s angel costume. While the costume choice isn’t very out-there, Juliet’s rather sober ensemble has a big impact. Her white angel wings remind me of Cupid, the god of love. It would make a lot of sense because it’s the outfit Juliet wears when she falls in love with Romeo. However, we might not have to look that far for a meaning, perhaps Juliet is simply Romeo’s angel.

3. The “I just got married” navy blue suit

This outfit might as well be one of the most heartbreaking ones in movie history. This stunning navy suit is the outfit Romeo wears when he marries Juliet. Later, still wearing the suit, he gets caught up in a violent encounter between the rivaling Montague and Capulet families, resulting in a deadly ending. My heart breaks a little bit every time I watch this scene. For one, brief moment, Romeo was the happiest man alive, only to be ripped away by the violent reality of death. Romeo breaks down in defeat, revealing the weapon belt he’s wearing underneath the impeccable suit which is now stained with blood.

I feel bad for Dave Paris, I really do. All he wanted was to marry Juliet and I must admit that he truly seems like a nice guy. He is charming and enthusiastic, but the reality is cruel, and, unfortunately, he’s destined to watch Juliet fall in love head over heels with Romeo. Dave Paris deserves credits for his original fashion efforts because his astronaut costume serves as a playful touch to the party.

As opposed to the casual ensembles of the Montague squad, the Capulet boys prefer to go for a full-on Look. They represent the epitome of class and elaborate fashion. I assume they go for the ‘always be overdressed’ mindset, because who in the world coordinates their guns to their jacket?

And lastly, Mercutio’s drag outfit. The costume is a nod to the common conception that Mercutio is queer. This iconic outfit steals the show at any occasion, or in this case, a party at the Capulet mansion.

Whether you’re already on the hunt for a unique Halloween costume or a classy wedding attire, Romeo + Juliet’s iconic fashion features every fashion trend from floral to minimalist. Hope, despair, tragedy and love, this movie covered it all with an alternatively fashionable flair.

In this article:90s, fashion, romeo and juliet
Up Next:

Vintage Fashion Has Returned In A Big Way In 2018 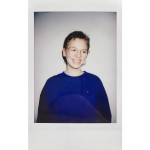