A Look At Migos And Their Use Of AAVE
Advertisement

If you’re anything like me, you first met Migos back in 2013 when Drake remixed their song, Versace. The three rappers came onto the music scene full of life, fun, but more importantly, they were serving us some Black English realness. The three men who go by the stage names Quavo, Offset, and Takeoff were born and raised in North Atlanta. This is very important when taking a look at their use of Black English or AAVE because what is commonly found is that black southerners use of Black English is extremely strong in comparison to black people that live in the north, or on the coasts. This can be attributed to the south’s history and connections to slavery.

With songs like Bad and Boujee, T-Shirt, Slippery, Slide, and many more, Migos have found a lot of success in these past few months. I want to go ahead and take a look at their use of Black English in their most popular songs which happen to be my favorite. More specifically, I want to focus on the phonological features of AAVE. Warning, these lyrics get kind of explicit:

Zero Copula In Freak No More

“I know she a freak”

“She on vacation but strippin’ in Tennessee”

“Cookin’ up dope in the crockpot, (pot)”

“We came from nothin’ to somethin’ nigga (hey)”

Not pronouncing the -ng in the -ing ending and turning it an -in ending is something that happens extremely frequently in this song. These four lines only represent a portion of the chorus that is repeated a lot throughout the song. This same phonological feature of AAVE happens a lot amongst Black English speakers, so the fact that this happens a lot in this song makes a lot of sense. Additionally, the rhyme here can also be categorized as the rhetorical feature tonal semantics because of the repetitions of the -in ending that creates a word play making the chorus so catchy and memorable.

Absence of R After A Vowel In T-Shirt

“Young n*gga with the anna, walkin’ with the hamma”

In the printed version of the lyrics, you see each of the bolded words end with -er, except the word nigga. However, when listening to the song, the way Migos pronounce each of these words, there is a clear absence of the -r ending usually after the vowel “e.” This is why I also included the word n*gga. The original spelling of the word ends in -er. However, since about the early 2000’s it has been spelled with an -a ending, making the pronunciation of the word appear to be that there is r absence after the vowel e as well. An interesting thing to note is that in these specific examples, each of these words when the r is absent after the vowel, it is replaced with an “a” sound. This is common amongst Black English speakers as well. Words in standard English like together and forever are pronounced like “togetha” and ‘foreva” in Black English.

As a Migos fan, I am very much here for their use of Black English in their music. In my opinion, it brings a real authenticity to their sound. I think there’s something to be said about the educational aspect of Migos’ constant use of Black English in their music. This might be a reach, but I think Migos have been leading the wave of teaching young white people to be more sensitive to AAVE. Migos are a really lovable group! They make great music, and they have the funniest interviews. They’re a group of rappers that no matter what race you are, you’re rooting for them to succeed. I think that the Migos’ likeability factor helps them to make white people more sensitive to AAVE because white people are judging them based on the content of their music and not the way that they talk. Migos have been shouted out at the Golden Globes, attended the Met Gala, and performed their songs with a prestigious orchestra behind them.

The point that I’m making here is that these three young black male rappers from Atlanta who are fluent in Black English are respected and admired in white spaces, not mocked or criticized for their speech. And that whether Migos recognize it or not, their agency in these white spaces are teaching white people to be more accepting of our dialect of English, and slowly very slowly chipping away at the negative stereotype that Black English speakers are intellectually inferior to standard English speakers. It’s amazing! It gave me even more of a reason to love Migos!

A Sus Talk With On Pink 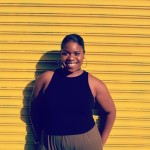 Hi! I'm Nia. I'm currently a student at NYU, majoring in Africana studies and journalism. I enjoy music, dance, and poetry slams. Feel free to reach out to me via email, or follow me on twitter @lilnini__ and on Instagram @missniania_