Wow, what a time to be alive. Instagram user @world_record_egg just beat Kylie Jenner’s record for most liked picture on Instagram after having been uploaded for 9 days. As of Tuesday afternoon, the now famous photo of an egg has racked up 42 million likes and counting.

Let’s set a world record together and get the most liked post on Instagram. Beating the current world record held by Kylie Jenner (18 million)! We got this ? #LikeTheEgg #EggSoldiers #EggGang

The previous world record for most liked Instagram post stood at 18.5 million likes and was held by @kyliejenner with a picture of her and her daughter, Stormi.

The owner of @world_record_egg remains anonymous but has gained quite the following. The account has gathered more than 6.3 million followers as of Tuesday afternoon, and calls its followers the “Egg Gang.” Many famous influencers have made remarks on the egg post, including famous meme page @kalesalad, and Stranger Things actor @noahschnapp has even promoted the post.

The owner of @world_record_egg is also famous for reposting people who mention their account on their stories. Many memes have been created as well, increasing the egg’s exposure and gaining it hundred of likes by the second.

these memes are bueno? 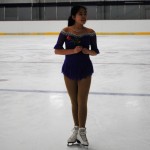 Katherine is 15 years old and currently living in MA. She is a Costco enthusiast, as well as an advocate for capris. You can contact her through email at katherineli01106@gmail.com