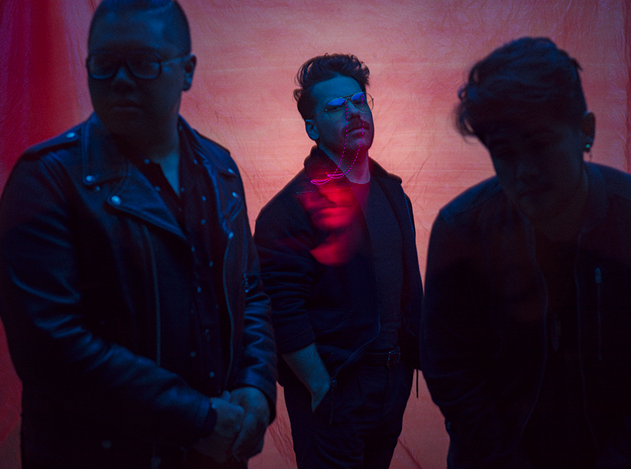 A R I Z O N A is an internationally renowned electronic band known for their innovative and fun music. After playing the massive festival Coachella and releasing their album “ASYLUM,” Has now dropped a music video to pair with one of their hits “Still Alive.”

The video opens with crackling VHS static as a synthy keyboard note repeats. The song begins to open up, as the video pans past a chain link fence onto the band. A pulsing beat begins as lead singer Zachary Charles moves his fingers around with great concentration, following the sounds. The tone of the beat drops with a few percussion elements as the static clears and the song begins.

Zachary Charles sings, “When all is fine/You say, ‘Sooner or later, you’re bound to catch one’/But I was born in fire/Oh, I’ll be ready, ready, ready when it comes.” There are syncopated elements to the rythms, as there is a slightly muffled sound to the audio. Zachary, dressed in all black, continues to dance around the set, which appears to be the basement of some sort of warehouse (judging by the strewn about newspapers and turquoise lighting). Meanwhile, Nate Esquite on guitar slightly sways in black and maroon, while keyboardist David Labuguen bops along in a navy blue and pink pineapple button down.

Lights continue flashing as the song moves on with an “Oh!” The shot pans back towards the group, as it had previously drifted past the fencing again. The song progresses as Zachary matches his dance moves to the lyrics, “Oh, oh, I’ve been kicked around/I’ve been in the dust, mmm/Oh, oh, I ain’t going nowhere/Trust.”

“Still Alive” is full of bright sounds and powerful messages. Happy tone, there is a dark story of overcoming and fighting past difficult times lying beneath the song perfect for dancing along to at a festival. This is reflected in the video, which takes place in a very dark setting that could be considered entrapping and disturbing, if the viewer is not distracted by the flashing lights and dancing. “Still Alive” is a triumph.

You can listen to “Still Alive” everywhere now.

Inside A Conan Gray Concert: Amongst the Comfort Crowd