A Response to Matt Shepard is a Friend of Mine
Advertisement

It is times when the worst things in the world happen where I find my passion.

A few days ago, I watched a documentary about Matthew Shepard, a young, gay man that lived in Laramie, Wyoming. He was killed, because he was gay. I am a mess.

I figured out that I was bisexual when I was fifteen. I was terrified of myself until I was seventeen. And I live in a house where I am scared to be myself around my parents. I can only hope that my parents are like Matthew’s and will accept me, but until I can fully rely on myself, I can never tell them. And until I finally accepted myself, I was terrified to tell anyone. I thought that if I told someone, that would make it real, and it couldn’t be real. Being gay meant that I would have to live my life with the fear and guilt that came with it. I thought being gay would only bring me fear and pain.

But now I know it is so much more than that. I truly feel like myself, and I have learned so much about life and about my purpose and about who I want to surround myself with and how I want to live my life. I know that being gay has brought me so much freedom and joy and happiness and openness.

There comes a point where you throw your inhibitions out the window, and you have to accept yourself and hope that other people will accept you. Matthew trusted those men, and they killed him. They beat him senseless and murdered him. That is why we are scared. That is why kids who just want to be loved and accepted are terrified of opening up to anyone.

When I was watching the documentary about Matthew, I could not stop crying. I couldn’t stop thinking, “this boy didn’t deserve this.” This boy, who showed so much love to everyone, didn’t deserve to be treated with so much hate.

I felt the pain for Matthew down to my very core. I felt so weak, so broken, so heartbroken. I was infuriated. I wanted those men to rot in hell, I wanted them to die a painful, agonizing death. I wanted them to suffer like Matthew had suffered. I hated them. I looked into their eyes on the screen and wanted to spit in their faces.

But then a priest began to talk about how they are people, too. And I reminded myself that those men were still people. I realized that I cannot live my life in hate, because that’s exactly how those men lived.

Why Rose Tico of ‘The Last Jedi’ Is Important

‘Pitch Perfect 3’ Is Aca-Queerbaiting: An Open Letter to Universal Pictures 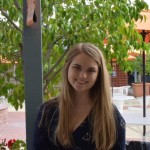