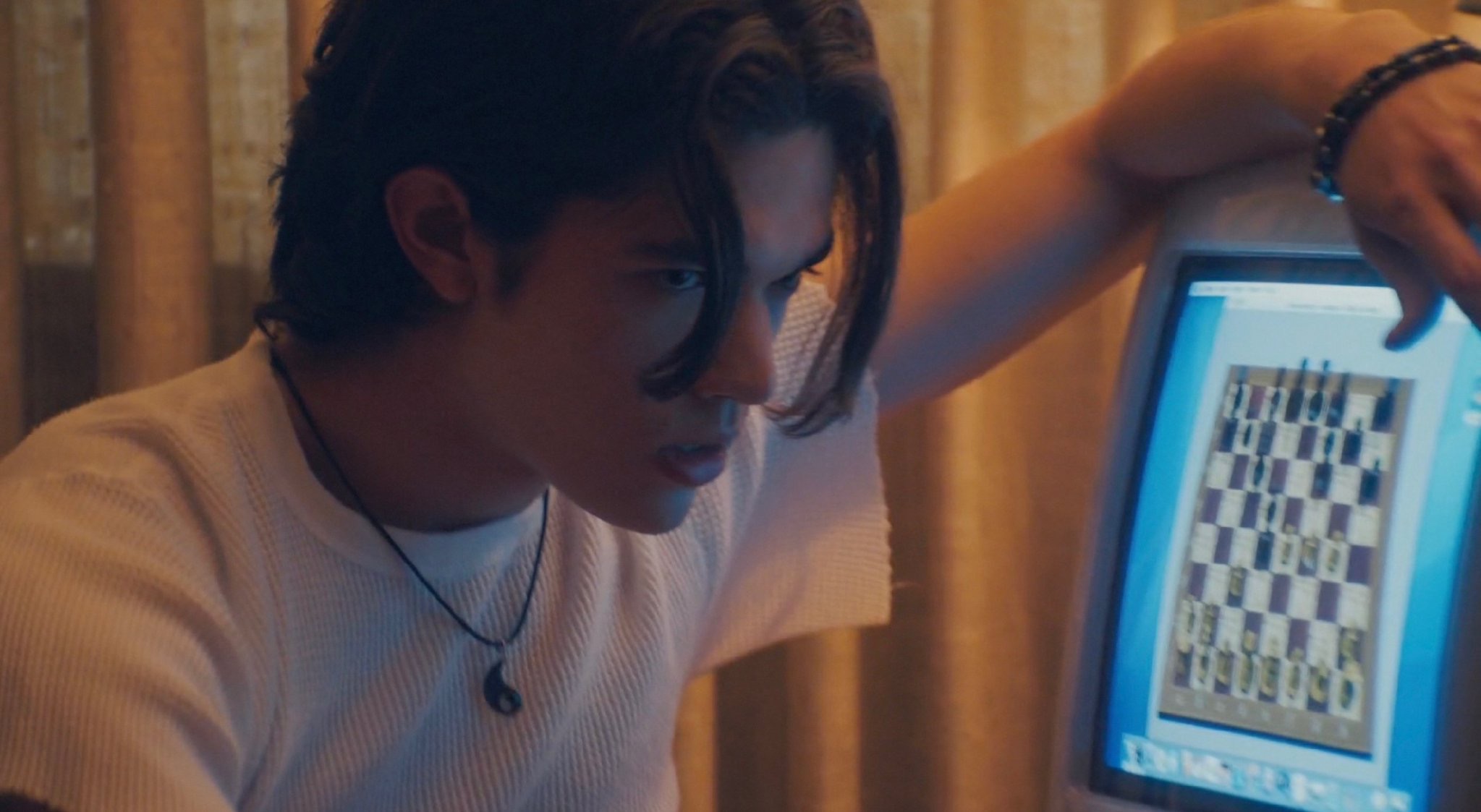 Conan Gray is a star known for both his music and YouTube videos. He is currently finishing up touring internationally with his EP, Sunset Season, while also releasing music from his upcoming album. His song “Checkmate” is the beginning of a new theme and era of his music. He began to promote his music video slightly earlier in July of 2019 with a teaser trailer. His “Checkmate” video is the first video from his new period of work.

The video opens with Conan sitting in front of a freeway listening to his phone, as voicemails are played. Two voices are heard over the phone, offering excuses as to why they are canceling on him, and he grows visibly irked before the video cuts to the two main love interests (or victims, perhaps) of the video. Conan is then seen in a 1990s bedroom watching a horror film and playing chess on what appears to be an iMac G3, circa 1998. As Conan lifts the tiny Discman headphones up to his ears, “Checkmate” begins to play. 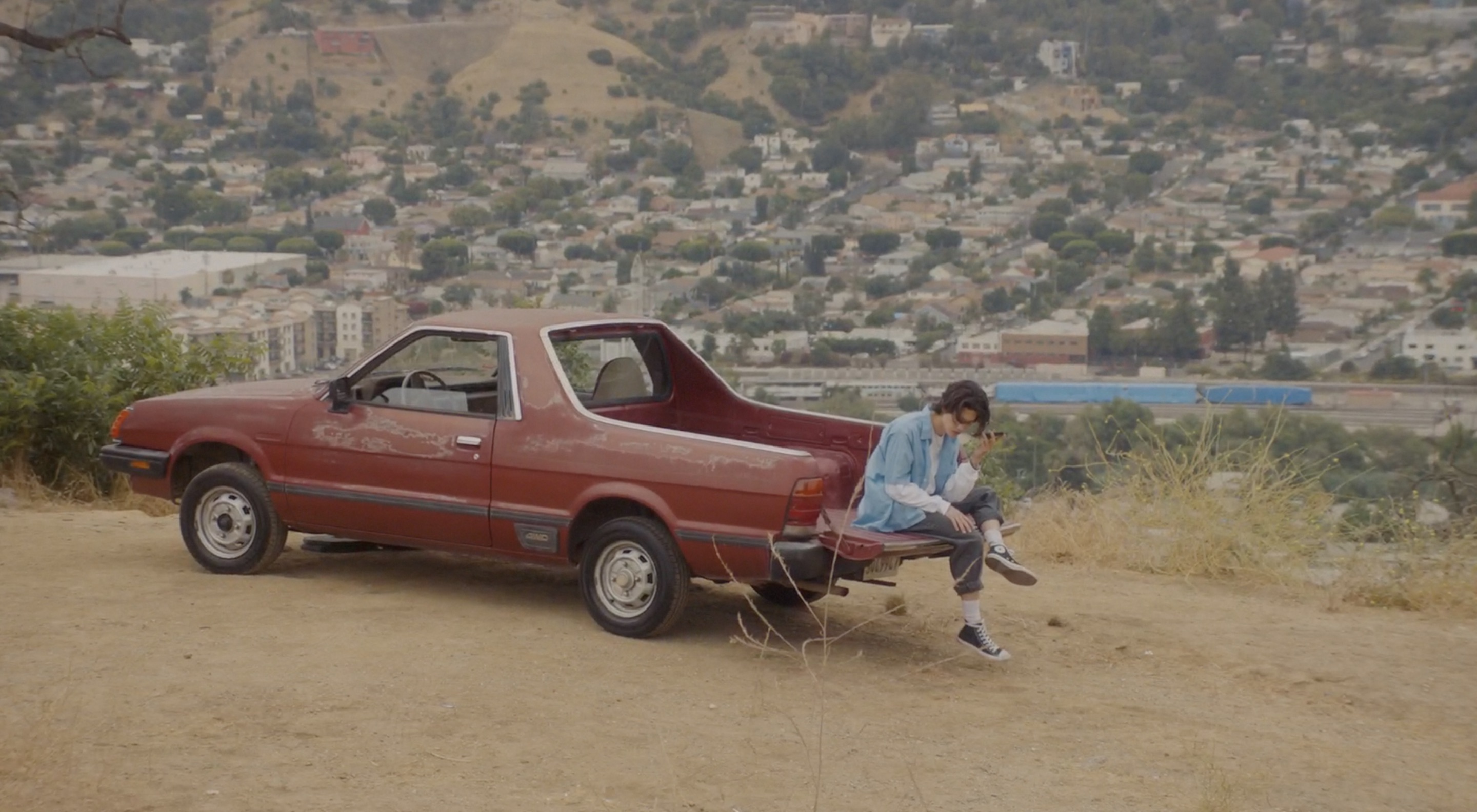 Conan begins to sing as different shots are displayed to establish the early 2000s world of nostalgia within the music video: a girl running to get in a car, Conan playing with his Wheat Flake cereal in the previous bedroom, Conan singing in a red hallway and the boy from the car slyly looking into the camera over his shoulder.

Conan watches the couple get out of their car from within his own. He sings in the red hallway and sits on the floor of the home while playing with lamp – switching it on from dark to light. The video then cuts to Conan in his car, staring dead into the camera, mouthing, “I’m gonna ruin your life” while dragging his fingers across his throat to signify a threat. 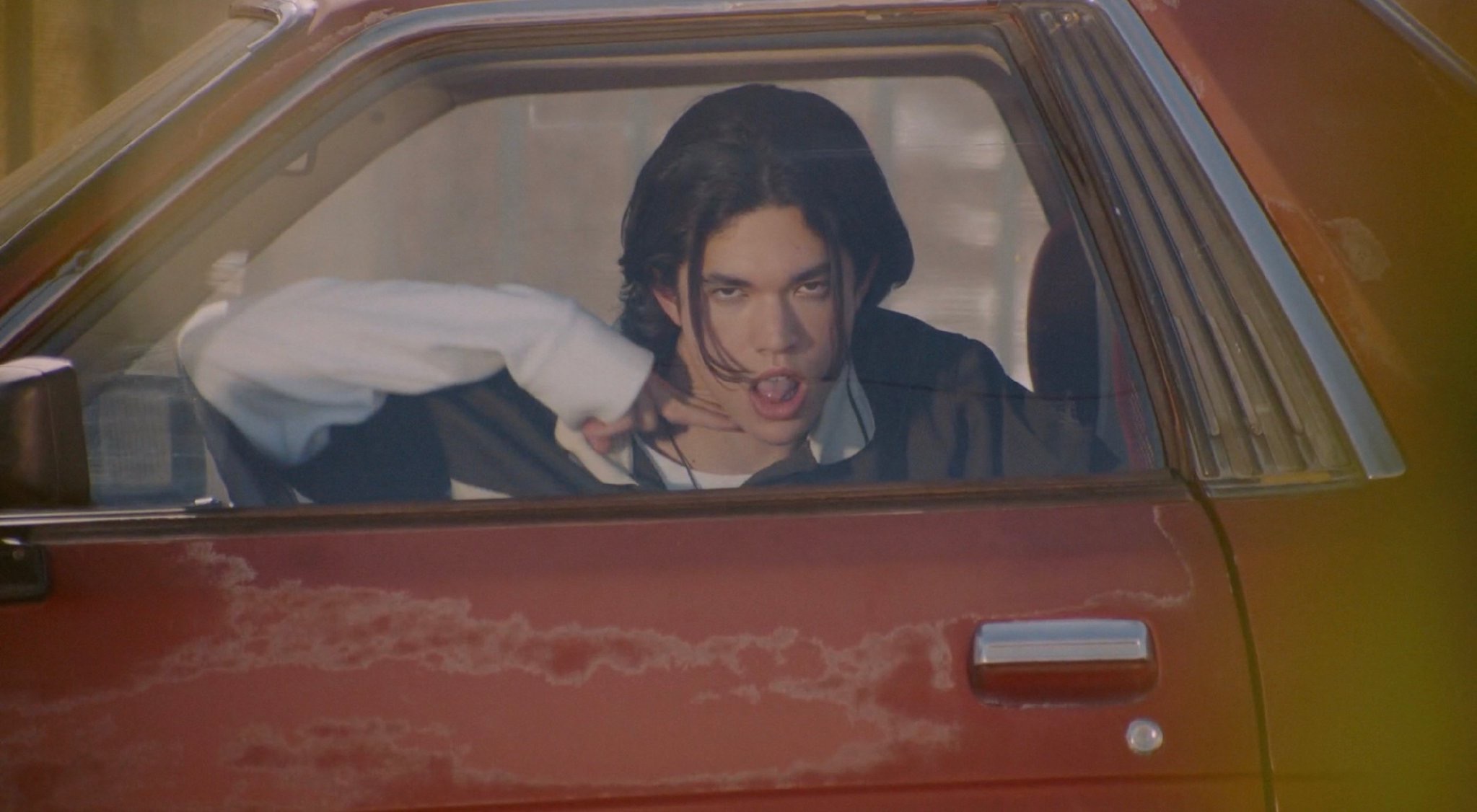 The chorus begins and Conan follows the couple into a store. A shot of a security camera and a wall of ropes are included, foreshadowing the threatening element of the video and song. Conan peeks through shelves, holds up a box of Wheat Flakes, and stares into the camera through a mirror – all while the chorus rages on, “’Cause I’ve gotten tired of the games that you play/When you tell me you love me then you throw me away/So cry me a river till you drown in the lake/ ‘Cause you may think you’re winning but checkmate.” The couple is shown outside of the store kissing in their car while Conan looks on from within his own car before looking away with rage, as though he’s piecing things together. 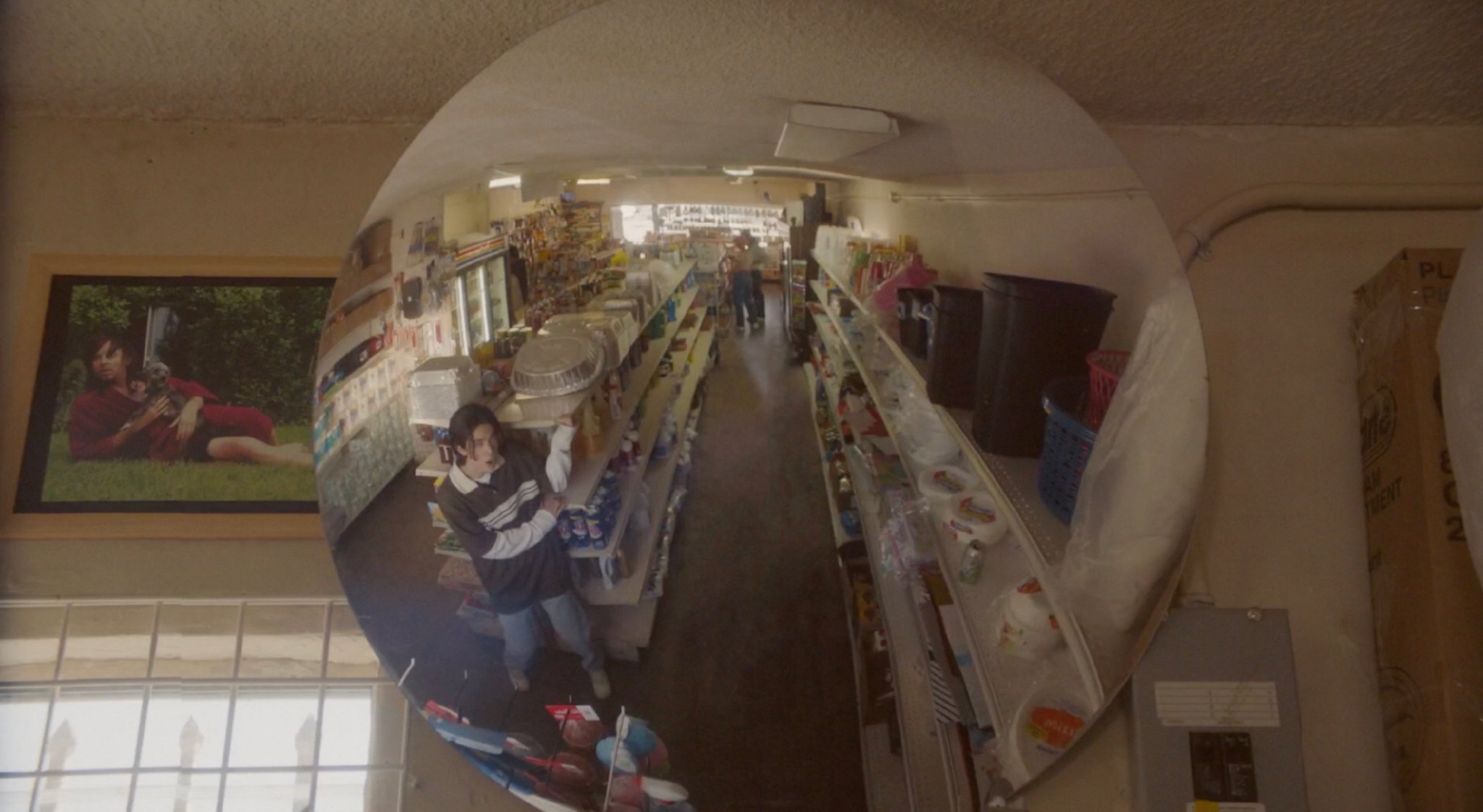 The song continues and a bowling alley is introduced. Conan sits for pizza with both the boy and the girl, separately. He laughs along with their jokes but often looks away to the camera with an angry expression. Again, the video has threatening shots, such as the molded ceiling and Conan’s hand slipping away from their balled-up fists. 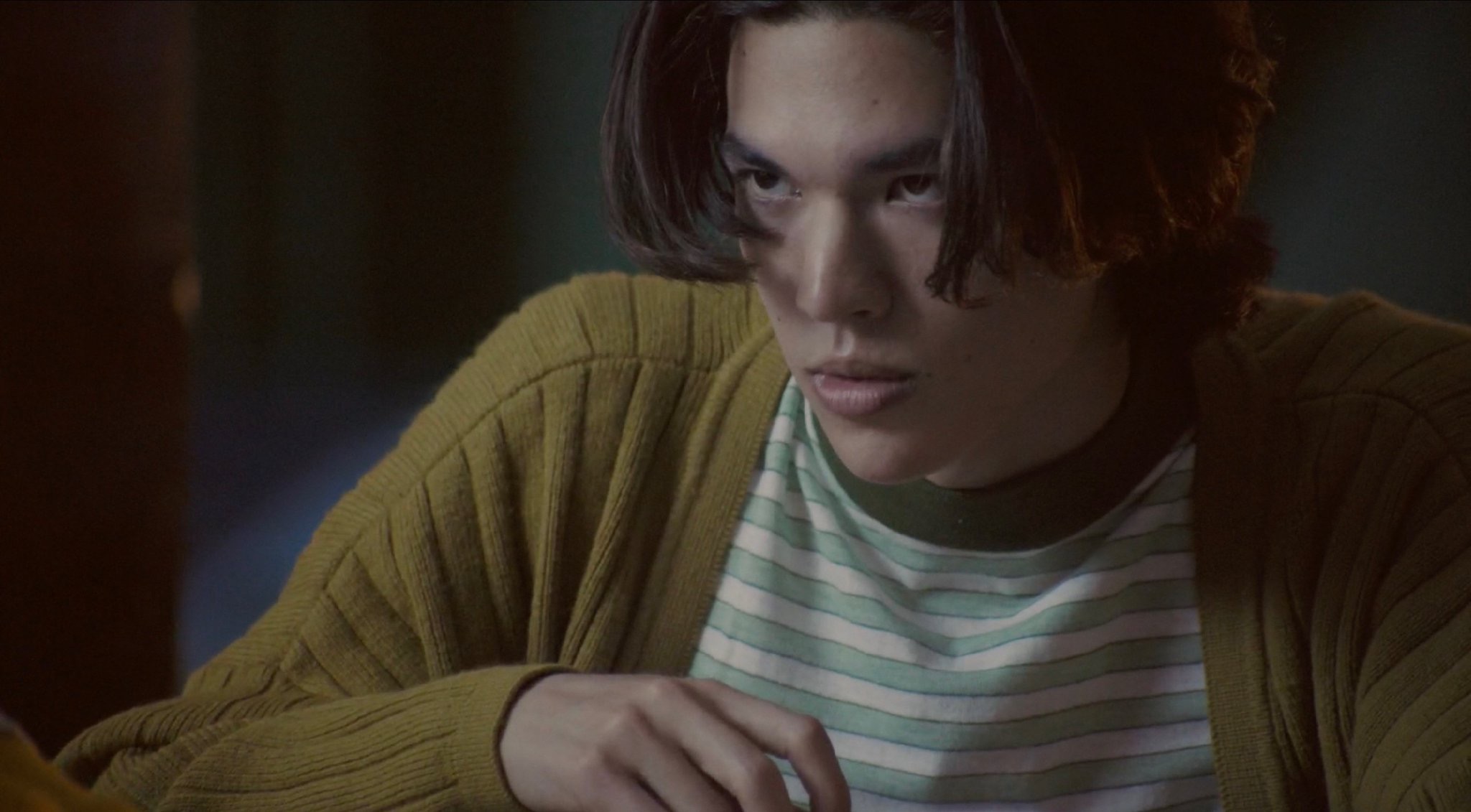 The lyric “yeah baby you should really run” is whispered as Conan holds two Barbie dolls, each looking strikingly like his love interests. The chorus then picks up and Conan is shown thrashing about and yelling in each of the previous locations. He dances the way one does while listening to the song. He holds the Barbie dolls up threateningly, as though he’s plotting to perform some sort of voodoo, and glares at the person across the table from him at the bowling alley.

As the chorus softens for a moment, the boy from the car is shown smiling at the camera, before it slowly slips off, as though he sees something disturbing approaching. The chorus picks up again, and the moshing continues this time with a quick shot of the Barbies in a compromising position. 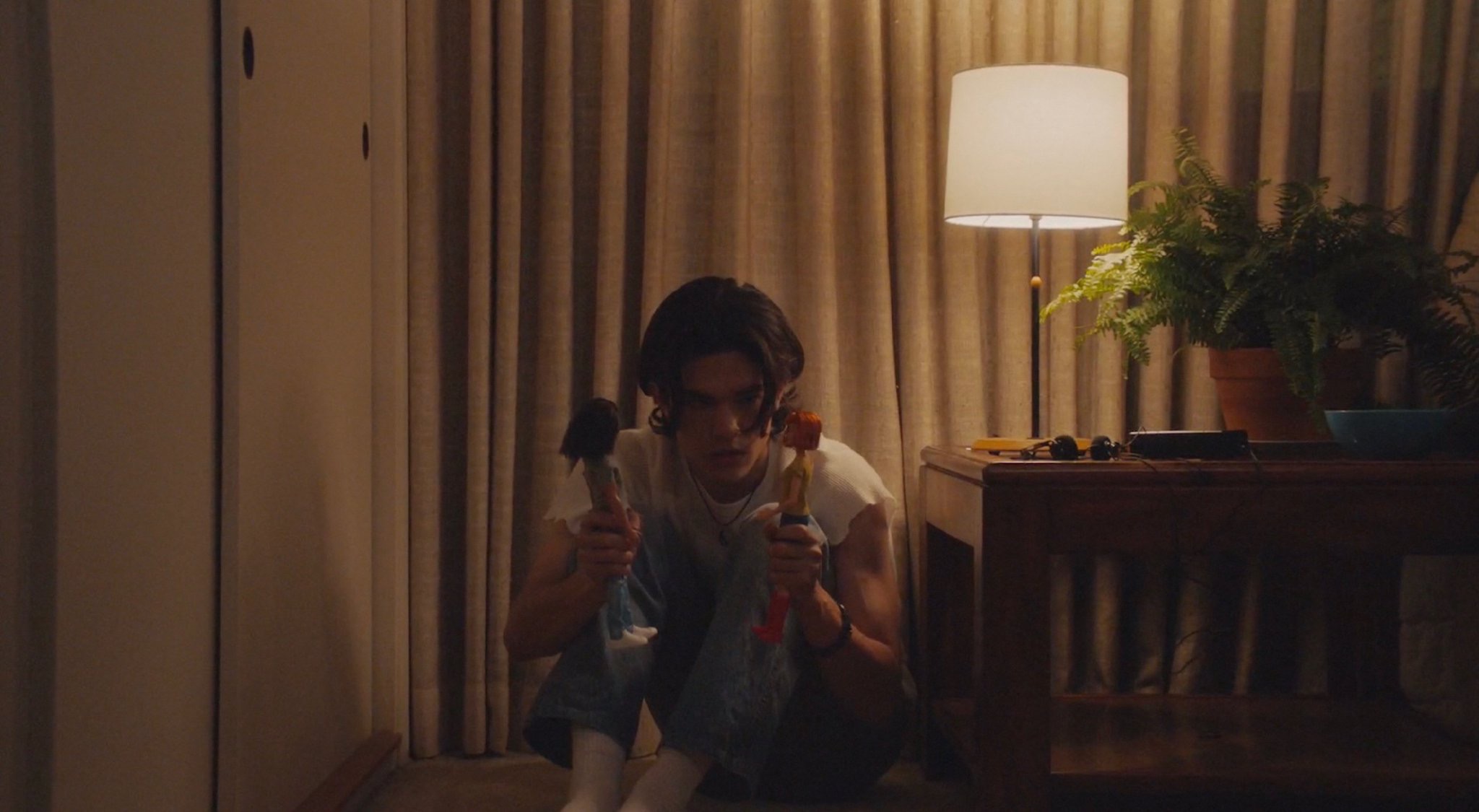 The couple is shown lying together on a couch, before the camera quickly pans away, almost similar to the camera work in a horror film, warning the viewer of that which lurks on the outside. Conan continues to jump around in the previous locations, his rage growing stronger. He rips off his cardigan, which differs from the dancing earlier in the video, which looked slightly more like the way he performs at his concerts.

Conan stands outside the house where the two were earlier, right in front of their car from earlier as the lyric, “And I’ma wreck your car” is sung. He stands outside of their window, slides the Barbie dolls away from himself, eats the Wheat Flakes he held in the store he followed them into earlier and looks at his own hands in fear. The boy stands up to look for something and Conan finishes his dancing by glaring clutching his heart as, “You’re gonna wish you never harmed me,” is sung, before glaring at the camera. 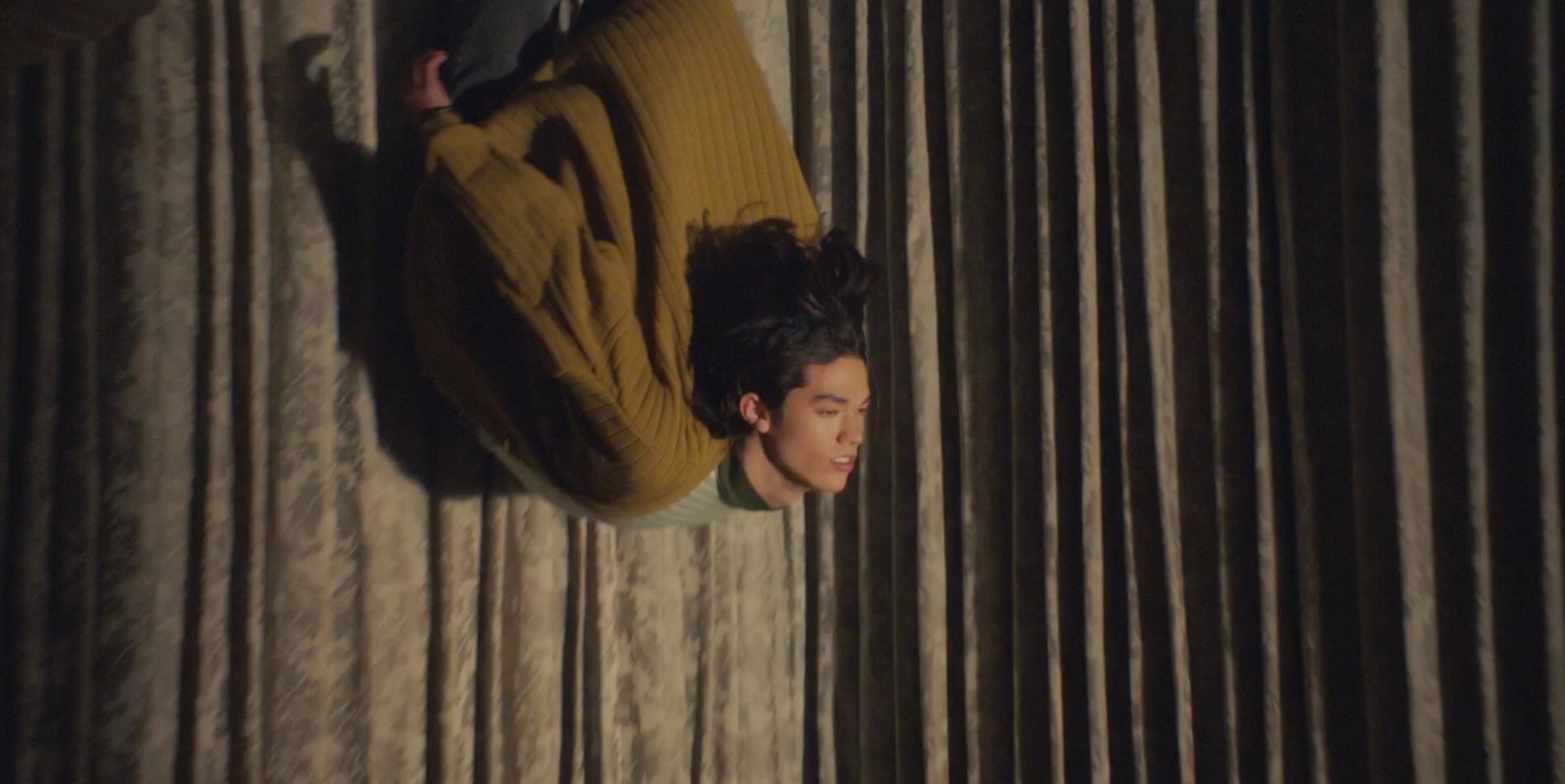 The song softens and Conan is shown breaking into the home, and surprising the two love interests. Shots of the girl screaming, the bowl of potato chips dropping, Conan lurking, Conan upside down, inside his car, in the red hallway, in his dark dancing spot, and with the two tied up behind him are included rapidly to wrap up the storyline and song. 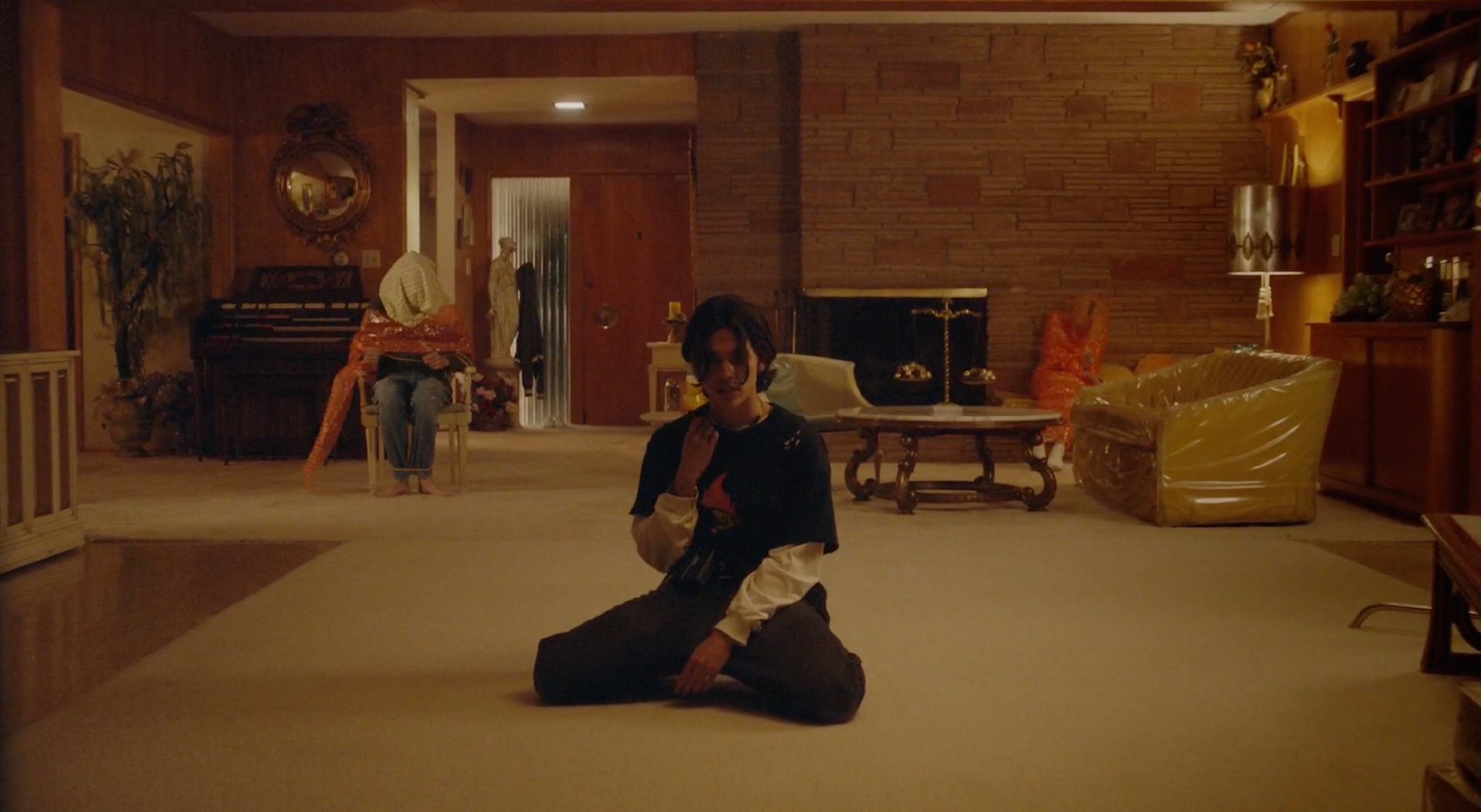 A crate is then shown at the beach with an automated voice from a phone playing over. Banging is heard from inside the crate as waves wash in around it, and the phone says, “Your international tracking number is…” indicating that something was shipped. The couple that was sneaking around behind Conan’s back breaks free from the crate and staggers out of frame together as the phone continues to list options, and the screen goes black. 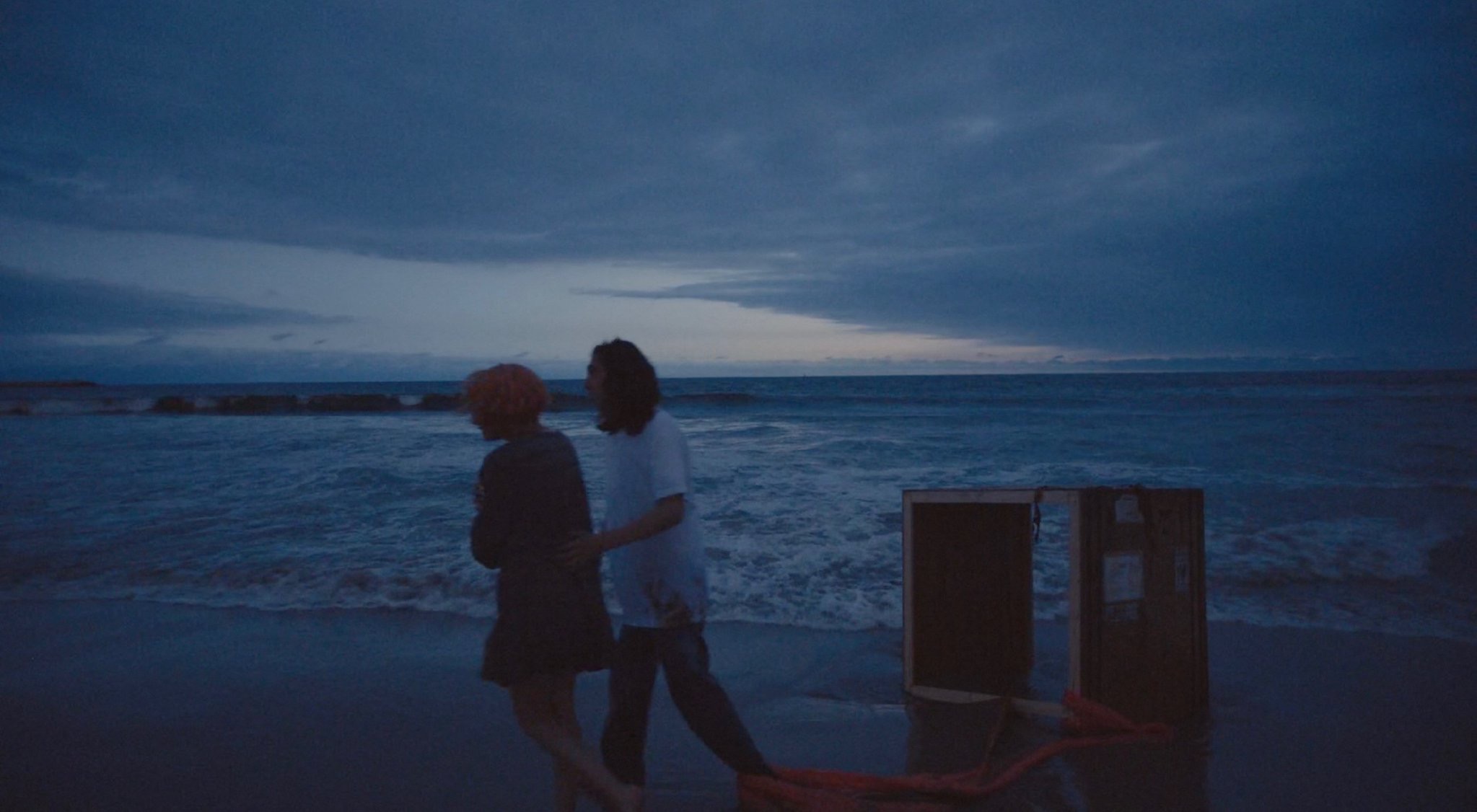 The “Checkmate” music video is thrilling, nostalgic and enthralling. The aesthetics wrap you up in comfort as warm as the cardigan Conan wears, but the storyline is dark. The video itself is similar to 10 Things I Hate About You, Ladybird or even One Tree Hill with its late 90s feeling and teen drama. The meaning is even somewhat reminiscent of John Mulaney’s “The Comeback Kid” set, in which he says, “‘Cause when I was a kid, I used to watch America’s Most Wanted. You know how kids do. And I would always think to myself, ‘How could another person kill someone? How could a human being kill another human being?’ And then I got cheated on, and I was like, ‘Oh, okay.’” There is an edge of self-deprecation and humor within the video, though it still retains the teen dream appearance. “Checkmate” is warm and inviting, as well as dark and defiant, all at once. 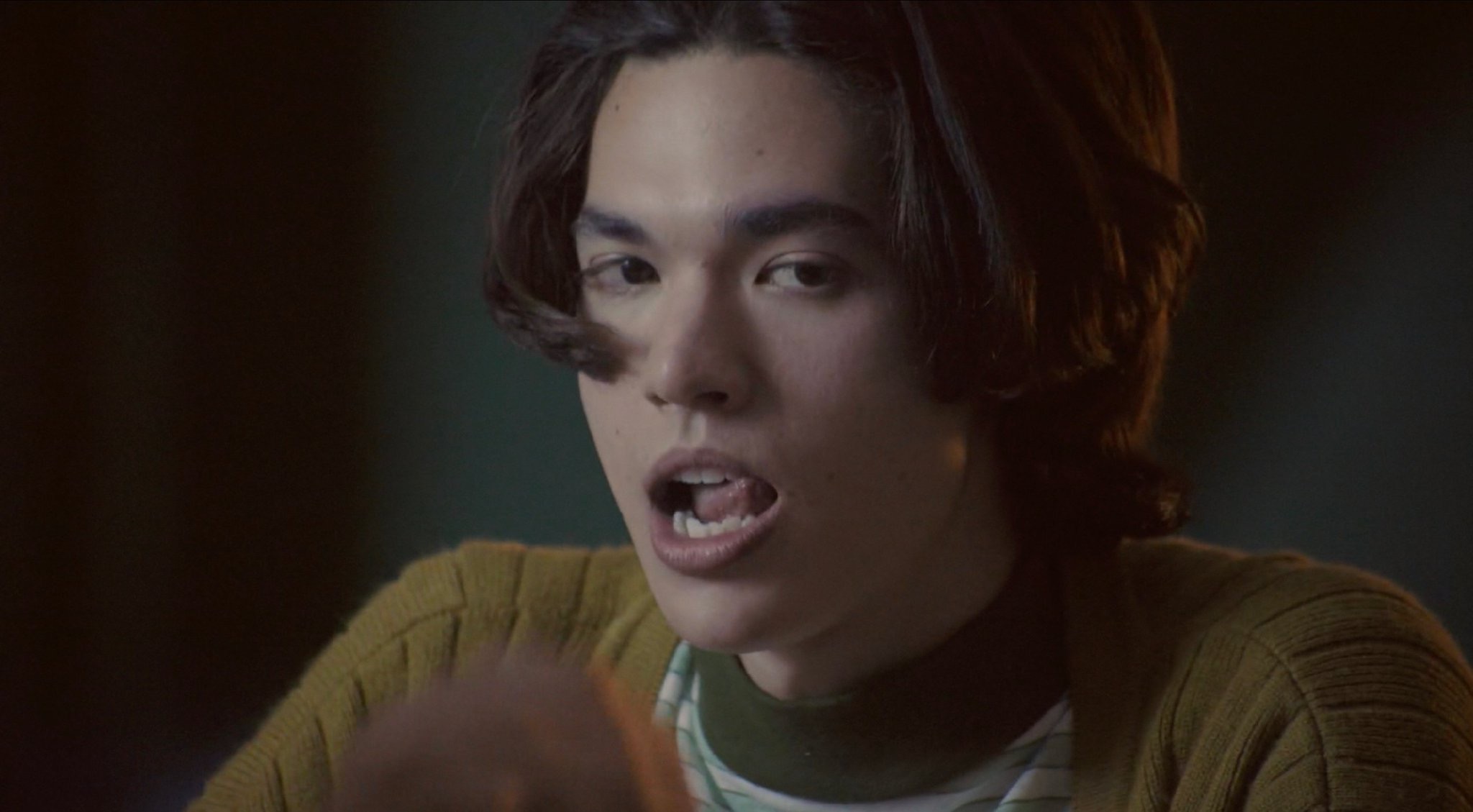 You can watch the video on Apple Music, and stream the song everywhere.