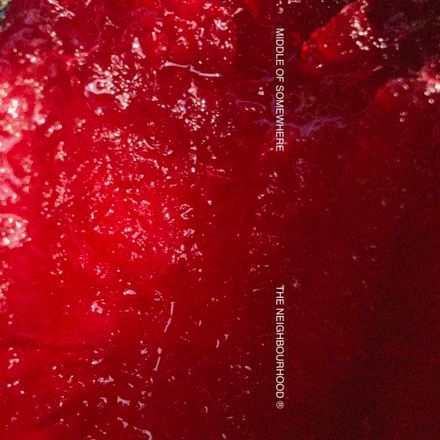 The Neighbourhood (NBHD) is an incredibly popular alternative rock group from California. Signed to the impressive music industry giant Columbia Records, the band is comprised of four members who have been releasing together since 2011. Their latest single “Middle of Somewhere” is the first song to be released off of their highly anticipated upcoming album.

Lead singer Jesse begins singing instantly when the song opens, accompanying acoustic guitar. They open with the chorus, in which he sings of looking on the outside and then getting too caught up “on the inside.” He sings, “I need peace of mind,” potentially explaining that he’s trying to strike a balance between overanalyzing and disassociating.

Electric guitar strums are introduced in the far background of the instrumentals as Jesse sings about growing up quickly in the second verse. Even as different instruments are introduced his voice remains gentle. He sings about having to move on from things so quickly that they’re never fully processed and he feels like he has to keep moving, “Now I’m somewhere far away from where I started/With no point of return, but I’m turning.” On this line a chorus of “ahh”s begins in the background and his voice becomes louder and more strained with emotion.

On the bridge Jesse’s voice becomes louder and more assertive, which contrasts the softer way he had previously been singing. He sings, “Landed in the middle of somewhere with you/Now you’re stranded in the middle of somewhere, oh yeah, too.” This line seems to explain the situation of struggling emotionally, but struggling along with another person. Perhaps this person has begun to experience a similar mental state because of them.

In the final verse Jesse sings about being alone and trying to slip away from the difficulties of life. He sings about feeling isolated and in need of an exit from life and others. He croons, “Always running away/Looking for an escape/Everyone is an alien/When you’re trying to find your place.”

You can stream “Middle of Somewhere” everywhere now.

Review: A Track By Track Analysis of Hoodie Allen’s Album “Whatever USA”