"Tigertail": A Love Letter to the Asian Community
ShareTweet

Mister Rogers was a man known for his loving spirit and gentle demeanor. Revered for his lessons of kindness and acceptance, his messages span generations. His show ran over 30 years, making him a fixture in homes and childhoods around the world. To make a movie about a man from a PBS show over 15 years ago sounds like an odd sell, but certainly not if that man is Mister Rogers. Morgan Neville’s documentary peels away a layer of the mystery as to who Mr. Rogers was when the cardigan came off, while letting you return to the neighborhood of your childhood.

The movie opens with a swirl of news clips from the day Mister Rogers died, showing how the world mourned, and sharing a peek into the magnitude of his impact. That beginning is melancholy in itself, and may quite possibly garner a sniffle right away, but the film goes on to recall Rogers’ childhood with an unexpected darkness. It is the story of a young boy who was sick and alone, in a big house and small town.

The movie artfully uses a small cartoon of Rogers’ very first character “Daniel Tiger” to illustrate memories and internal ongoings. This variation of Daniel is more simplistic and hand drawn than the character is currently seen on television as the star of the show Daniel Tiger’s Neighborhood – a show which offers Rogers’ lessons in a more appealing format to the children of today. Won’t You Be My Neighbor uses a version of Daniel that seems to move across the screen with a nervous, flickering energy, as opposed to the polished animation of modern productions.

The movie recounts the surprising story of how Rogers initially studied music and was planning on going to the seminary, but after visiting home seeing television for the first time, decided that he would make programming that was beneficial for children. Shaky, grainy, personal footage of Rogers in the original Pittsburgh studio, him speaking and singing with children and backstage videos reveal an endearing and somewhat enchanting look into the making of the neighborhood. While Mr. Rogers’ Neighborhood was not exactly perplexing, as it was purposefully low-budget and simple, the footage from behind the scenes answers questions as to how Rogers began, how he could truly understand children and what made the show so magical for so many. 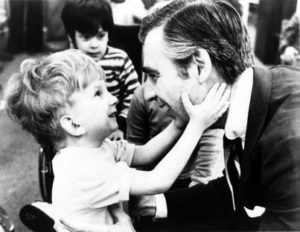 François Clemmons played Officer Clemmons on the show, and in perhaps one of the most candid of all interviews of the movie, shares his initial apprehension to play a police officer as a black man. While Pittsburgh is known for being a very friendly city, their police force is marked as anything but that, with the force being riddled with corruption and racial profiling practices since its formation. Clemmons, an opera singer, shared that Rogers seemed to be aware of this connotation and felt very passionately about casting him to play the officer. He shares tearful interviews regarding his sexuality, and Rogers’ slow but strong acceptance of him.

Clemmons also offered insights into one of the most famous episodes of the show. In the 60s the civil rights movement was in full force, and children were naturally curious and confused. Mister Rogers often carried the burden of answering questions. A swimming pool of black people and rabbis was attacked by a man who poured acid in the water. In response, Rogers got a baby pool, invited Clemmons to join him, and the two sat with their feet in the water together. Rogers then proceeded to pour water over Clemmons feet, drawing from his religious background, to play off of the biblical tale of Jesus washing feet to demonstrate equality. Roger’s message was clear and simple. 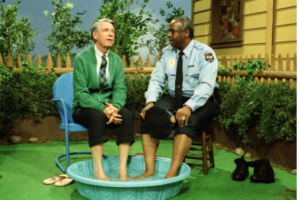 The movie expresses that everything Rogers did was for the children. It shares footage and stories of Rogers arguing before the Supreme Court, coming out of retirement after 9/11, doing the same routine every day to offer consistency for children, having a disabled child on the show who only wanted to sing with him before likely dying in surgery, announcing that he was feeding the fish each episode because a little girl who was blind wrote him in concern for his pets, and even studying psychology to best understand what was best for the children watching. 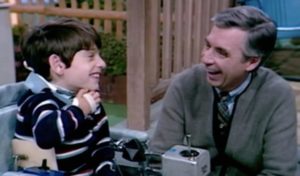 From his family, to laughing crew members, to adults crediting him for making them who they are now; the film Won’t You Be My Neighbor is an hour and a half of love. The movie has understandably earned over $20 million in the indie box office, scored a 99% on Rotten Tomatoes Rotten Tomatoes, and is considered one of the most popular documentaries of 2018. In a time of division, similar to the original air date of his show, you should hop aboard the next possible trolley and enjoy this heartfelt, nostalgic, delight.

‘Never Goin’ Back’: The Perfect End to Your Summer