A Track-By-Track Analysis of BabyJake’s EP “Don’t give me problems, give me wine”
Advertisement 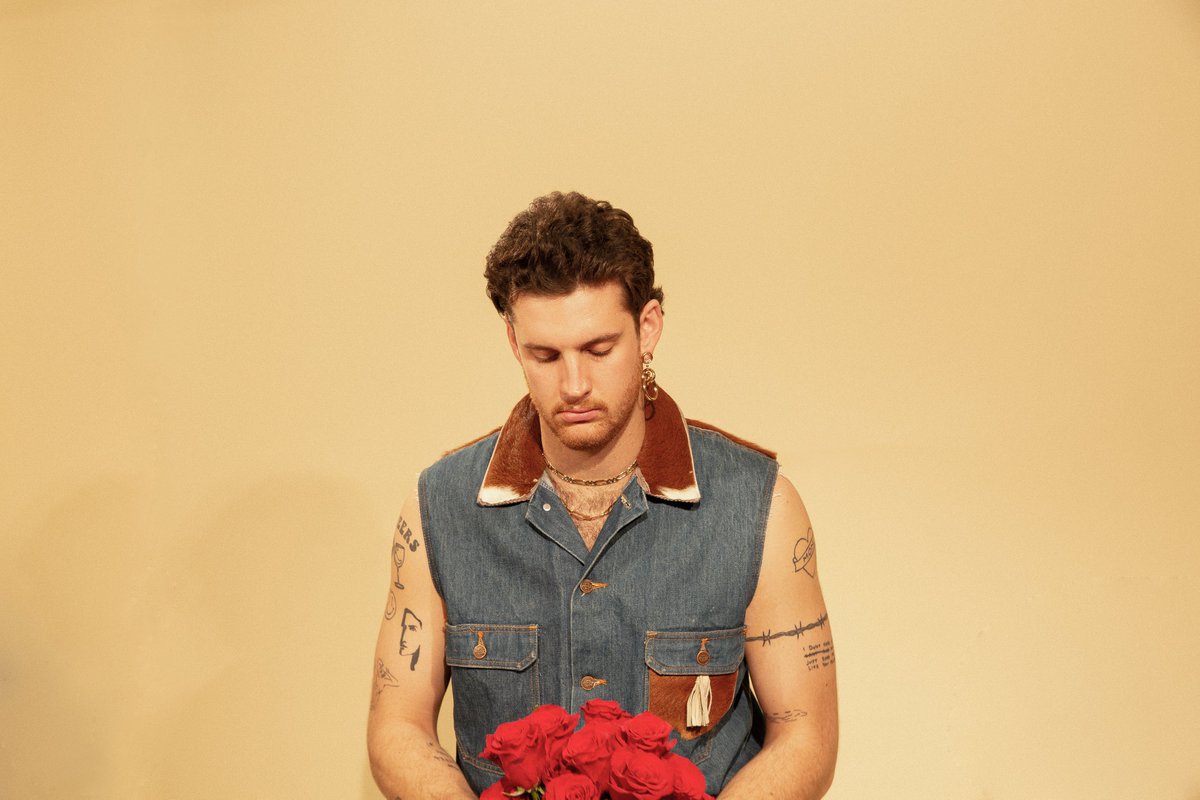 BabyJake is a unique artist who works in many genres of music. With an expressive voice that keeps the perfect amount of rasp to have a special tone, BabyJake landed himself a spot as one of Vevo’s 20 artists to watch, of 2020. With millions of streams to his name and a number of singles, he has released his first EP – Don’t give me problems, give me wine.

There is an experimental value to the EP, as each track has a new sound. One minute you’re listening to BabyJake rap, and the next second you’re asking yourself, “is this a folk-rock song?!” Exploration (or restriction) is to be expected from the first project from an artist, but the ease and skill of each song make it clear that BabyJake is not just “trying out” different genres. Using different fields of music is the best way for BabyJake to express his different moods and emotions. There is still a central theme to the project, despite the differing sounds, as BabyJake discusses emotional and aspirational difficulties.

“Don’t give me problems, give me wine” may be the first EP from BabyJake, but it has the comfort and confidence of a project from an incredibly promising and seasoned voice.

A breakout hit from the EP, “Blue Cellophane” was one of the best songs released in 2019. Slow and emotional, the song spins. There is a wounded and tender element to BabyJake’s voice as he opens up about his difficulties. He’s having a difficult time with the vastness of his own dreams, and the pain this brings him. With consuming horns and guitar, BabyJake sings, “Will I ever be painless?/Or will I go on?

Another hit single from the EP, “MadHappySad” is a more electronic track. With heavy but low synth surges and a clapping beat, “MadHappySad” channels the sounds of Kid Bloom’s “Lately It Feels Alright” song and “Lemonhead” album, as well as Tame Impala’s “The Slow Rush” album. Produced by JJ Scheff and Andrew Luce, there’s the expertise behind the engineering. Andrew Luce is known for his credits with artists like ROLE MODEL, Christian French and Ian Dior.

As BabyJake sings over the heavy guitar portions of the track, he opens up about struggling to balance his own desires with the wishes of the people in his life. He sings, “You make me mad, happy, sad and everything in between/Told me to stop, trapping, but you ain’t the only mouth I feed.” BabyJake is essentially saying that he’s got commitment issues when it comes to everything except for his career.

Head In The Clouds

“Head In The Clouds” is a more upbeat and fast-paced guitar-filled track from the EP. The meaning of the lyrics contrast the bouncy sound of the song. He sings, “My head is in the clouds/Don’t feel like comin’ down/I’m trying to escape my sorrows.”  He sings about drawing his sorrows. BabyJake is keeping his heads in the clouds to avoid the realities of his own struggles.

This track was produced by Trackside, and his style is evident, as Trackside has credits to his name that include Selena Gomez, The Vamps, Bryce Vine, The Chainsmokers and more.

“(Consumption)(Addiction)” is full of echoey audios, a single strumming guitar and a distant horn. With his voice electronically modified, BabyJake speaks, “Sometimes being distracted is a good thing/Acknowledging what’s going on in your life can be quite a burden.” He lists robotic thoughts about the meaning of life and the futile nature of existence.

The main themes of the EP are really focused on in this track, as “Consumption” and “Addiction” are what fuel many of the other songs – the highs and lows, dreams and nightmares.

The opening to “Confidant” sounds strikingly similar to the opening of Dominic Fike’s “Babydoll,” in rhythm and production. This makes some sense, as the producer is Capi, who has worked with Dominic Fike on a number of songs.

Guitar paired with casually sung/rapped lyrics makes for an appropriately annoyed tone. He demands that things are over with someone who just keeps hurting and cheating on him, as issues with infidelity have destroyed the relationship, saying, “Don’t call me up more than twice/I’m not your friend, not your only confidant…You can’t pretend I’m the only man you want… I wanna love you but I can’t no more… Clearly, I’m not the bad guy, you just want my attention,” the source of the EP’s title, he sings, “…Don’t give me problems, give me wine.”

“Confidant” is BabyJake shoving someone away, once and for all.

A shift occurs on “Bread & Butter.” BabyJake’s rasp is strong on this track, as the production (Trackside) is more minimal on this song. Guitar and his voice are the focus. Bluesy in sound, there’s a quality closer to Noah Kahan, Mt. Joy and Vance Joy. This more indie-folk sound fits the title and meaning of the song, as it’s about the basics in life – the bread and butter.

Unlike many of the other tracks on Don’t give me problems, give me wine, there’s not a lot of bitterness or anxiety filling this song. BabyJake sings, “Cabernet’s your bread & butter…Crimson red’s your favorite color…It makes me into you.” As he lists off things about the subject’s life, it is almost reminiscent of Tom Petty’s “Free Fallin”, in a strange way. BabyJake croons, “Rock and Roll, your dad’s a drummer…Momma married to a Governor/Politics, it ain’t nothing new…We’re not the best at being simple/We like to do things our way.”

“Anyway” is full of powerful vocals and choirs backing him up. BabyJake’s voice takes on a new level of passion, as rolling percussion and horn play behind him. There is a gospel sound to the track, as he worships the subject of the song, “Ain’t this hard enough for you?/No more giving up/I’ll go anywhere you want, anywhere you want.

No longer fearing the commitment and the ordeal of truly accepting someone, BabyJake is willing to end the EP by “working through” the difficulties and accepting someone’s problems, not just wine.

You can stream Don’t give me problems, give me wine everywhere now!