Review: The Smashing Pumpkins, a New Song and an Animated Series
ShareTweet

After throwing away an entire album, losing a member, and dropping off of multiple festival lineups, BROCKHAMPTON has risen from their multitudes of challenges to release their fourth studio album, iridescence on September 21st. The 15-track album debuts a year after they dropped their first three studio albums, the Saturation Trilogy.

The album we are hearing now is not what BROCKHAMPTON had intended to release—the self-proclaimed boyband faced internal issues when a member of their group, Ameer Vann, was accused of sexual assault.  Disgusted by the allegations, the rest of the band made the decision to remove Vann from the group, and scrap whatever they had for their fourth album since the tracks included Vann. BROCKHAMPTON’s gift to their fans has come in the form of Iridescence.

On Iridescence, BROCKHAMPTON’s tone significantly becomes rawer and more vulnerable as opposed to the Saturation trilogy.  The group collectively explores their struggles of growing up, falling in and out of love, and truly discovering themselves through art while providing both loyal fans and new listeners a variety of great songs.  Iridescence is a true testament to what the band stands for—diversity, acceptance, and growth.  After all, what would you expect from the “greatest boyband in the world”?

To celebrate Iridescence, we present to all of you a track-by-track analysis of the album with two sides of the same coin.

Meredith: BROCKHAMPTON kicks off the album on a strong note—”NEW ORLEANS” is a very upbeat and loud song, in true BROCKHAMPTON fashion.  This song is so important to have first up on the album as it establishes that BROCKHAMPTON has returned and is not letting anything hold them back.

Ally: The flow and rhythm of this song is nothing short of stellar.  Not only is this song perfect for an introductory track, but it’s also a strong composition overall.  Whether you intend to or not, we guarantee that you’ll find yourself bopping your head to this song.

Ally: The transition from “NEW ORLEANS” to “THUG LIFE“ immediately told me that Iridescence would be an excellently produced album all throughout.  To be frank, the transition was so smooth and perfect that I didn’t realize that a new song was playing.  If you’ve been listening to BROCKHAMPTON for quite some time, you’d know that this isn’t their typical song, but it just works for them since they’re that talented.  In three words, “THUG LIFE” is chill, short, and sweet.

Meredith: That transition alone was enough to impress everyone.  The use of transitions throughout this album is something that seems to be lost throughout most rap music today, but BROCKHAMPTON bringing it back definitely works in their favor. The second track adopts a more relaxed beat and lyrics than the first song does, but it’s good to show their range early in the album.

Ally: You could easily dismiss this as one of the calmer parts of the storm that is BROCKHAMPTON’s music, but despite that, BERLIN maintains good and energetic vibes without overdoing it.  Definitely a strong song in this album.

Meredith- This song gives me a vibe that’s somewhere between the first and second song.  It still maintains a loud sound and repetitive use of lyrics without being as “aggressive” as other songs.

Ally: Ah, finally! A soft love song BROCKHAMPTON style.  This is a testament to the fact that the shortest songs on an album are the best ones.  Unlike most acts and bands, BROCKHAMPTON is very vocal and unashamed of expressing their gayness, which is a win for the LGBT community constantly needing more love songs that resonate with them.

Meredith: This song is so cute, it’s definitely very different from any of the previous love songs they’ve released in the past. It exposes a more vulnerable side and shows the raw emotions behind falling in love. I really enjoy the more chill vibe that they created on this song.

“WHERE THE CASH AT”

Meredith: This is more of what I expected out of this album—a very upbeat, loud song that makes you want to get up and dance. I think the beats in the background really make this song.

Ally: It’s a typical BROCKHAMPTON bop! A pretty short song, but great regardless.

Meredith: This song has a very nostalgic undertone, as it starts discussing childhood, upbringing, and truly growing into yourself. The tone shifts in the middle of the song, which takes a more typical rap format and delves into the troubles the group has had to face to get to where they are today. Overall, I think this is one of the most telling and mature songs not only on this album but out of all the songs that BROCKHAMPTON has ever created.

Ally: This was one of the more emotionally-driven and vulnerable songs, and while you wouldn’t expect these kinds of vibes from BROCKHAMPTON, it still works for them.  There’s nothing not to love about this song—eloquent songwriting, flawless flow, and a head-bopping beat, what more could you ask for?

Meredith: Where they placed this song was a little weird in my opinion; it didn’t really match the tone of the surrounding songs, but I like the juxtaposition present in this song. The beat is very upbeat and energetic, but the lyrics talk a lot about depression.

Ally: Starts out chill, but progresses to a stronger and more aggressive beat.  Would 100% listen to this while doing physical activity or reviewing for a big exam as a substitute for an energy drink.  BROCKHAMPTON constantly pops out bops.

Meredith: Interesting transition to the second half of the album. I’m always a fan of spoken word, so I really liked this, especially the discussion of what it takes to be an artist.

Ally: Not usually a fan of tracks that solely serve as transitions to the next half of an album, but this was okay and necessary to tell us that the second half was coming.

Meredith: The transition here was fantastic, really well thought out. This is definitely one of my favorite songs, the track itself is awesome and the lyrics and meaning behind them stand apart—BROCKHAMPTON won’t break.

Ally: Smoothly transitioned from “Loophole.”  This song is what you’d want to play right after an epiphany or reawakening.  Yet another emotionally-driven song, which still works for the band.

Meredith: Towards the end of the song, it definitely got a little repetitive, but I love the energy present on this track. Not my favorite song, but still stands out on the album with its almost intrusive tone.

Ally: I’m not too fond of this song because of its roughness, almost unnecessary length, and overused repetition, but there were some strong parts somewhere in the earlier parts of the track.

Meredith: Honestly not crazy about this track, it has a lot of auto-tuned voices, which isn’t really necessary with this group. However, I really enjoy the echo effect and sirens around the two-minute mark, it really adds something to the song.

Ally: A good song to chill to, but definitely not one of the stronger tracks on the album.  You can easily sense the transition from one style to another mid-song.

Meredith: Again, this was not a track that stood out to me. It wasn’t awful, but there wasn’t really anything extraordinary about it. However, as always I love how they alternate vocals and really fluctuate the range of voices.

Ally: The flow was okay, but the lyrics weren’t all that remarkable.  For me, this was one of the weaker songs on the album.

Ally: I love this song so much! The vocals, songwriting, use of instruments, and flow all blended in perfectly.  Again, this was one of the more emotional songs BROCKHAMPTON has produced, but this worked so well for them. I wasn’t really digging the entire second half for a while, but this was life-changing.  Not only is this one of my favorite songs from the album, but it’s also one of my favorite songs by them overall.

Meredith: Honestly, this song made me cry. It’s so vastly different from anything in the Saturation era, and I really think that out of any song off of Iridescence, this is the one that shows how much they’ve grown. It’s deep, truthful, and inspiring. It’s really incredible to see all they’ve accomplished and how much they’ve developed in the past year.

Ally: If the song preceding you is something as spectacular as SAN MARCOS, then you must have a lot to live up to.  TONYA does just that, and it’s remarkable. Soft, emotional, powerful, and perfectly long enough, TONYA, along with SAN MARCOS, made the second half of Iridescence so much better.

Meredith: Ever since this song debuted on Jimmy Fallon in June, I’ve been obsessed. I love the piano on the track, and once again it shows their range as a band. The song is super powerful and I really like how it discusses how much they’ve seen themselves grow. Really, truly beautiful.

Meredith: The song creates a very chill vibe to close of the album, however, I don’t think it’s as strong as “TONYA” or “SAN MARCOS,” so I don’t really think it should’ve been the last song on the album, but I still like it a lot.

Ally: While it’s not as strong as “SAN MARCOS” or “TONYA,” it possesses the right amount of chill and power that makes it a good fit for a concluding song.

Overall, iridescence illustrates everything BROCKHAMPTON has been able to become in their time as a band.  This album is very different from anything they’ve done previously, and shows their range and raw talent as artists.  Iridescence makes us believe that whatever’s waiting for BROCKHAMPTON will be “the best years of their life, motherf*cker.”

Panic! At The Disco Is the Latest Band Involved in a Sexual Misconduct Scandal 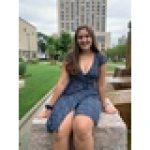