Ding! The most dreaded sound a speller will ever hear in their whole lifetime (well, at least in their elementary or middle school days). As gifted students currently compete across the globe in Washington D.C. for the National Spelling Bee, I reminisced the time when I was able to participate in such a dynamic competition.

My journey began in third grade when my teacher encouraged me to try out for the School-wide Spelling Bee. Misspelling “ferret” in my first round, I heard the ringing of the bell—a very familiar sound for many. After the bee, my family went home, and the very first thing I did was to grab my daily after-school snack. As I situated myself on the sofa and turned on the television, I saw an intelligent and determined black girl spelling while she used a jump rope.

Living in South Central Los Angeles, Akeelah Anderson faced the struggles of being mocked by her schoolmates due to her extraordinary status of being a speller. It was unacceptable to be a “brainiac” in the ghettos, especially in black schools. Maybe it was a self-fulfilling prophecy for the blacks on the film to believe in a homogeneous population—to downgrade other exceptional blacks because some of them lack self-esteem.

Not only was she mocked in school but also by her mother at home. After Tanya Anderson’s husband died, she started to prioritize her daughter’s grades over after-school activities, such as the spelling bees. Motivated after seeing the National Spelling Bee on ESPN, Akeelah secretly practiced and won a few bees. As she advances, she was astonished when the callous kids who bullied her for being an intellectual started to cheer for her.

Having a knack for something is remarkable but having a coach to bring out your full potential is superb. After watching Akeelah in the Schoolwide Spelling Bee, Dr. Joshua Larabee was impressed with her performance. The desire to mentor Akeelah increased as the English professor remembers her deceased daughter.

Other than the spelling tactics Akeelah learned from Dr. Larabee, she most importantly realizes that “our deepest fear is that we are powerful beyond measure.” The sessions that they spent together were vital to the film because Dr. Larabee was different from other coaches. Instead of just teaching Akeelah strategies, such as root words and language of origins, Dr. Larabee taught her how to be willing to win.

“Akeelah and the Bee” depicted the common undertakings that every speller faces in terms of preparation and inevitable encounters. Akeelah’s relationships with her coach, Javier (Mexican friend), and Dylan (Asian-American opponent) solidified the plot of the story and depicted the harsh realities of fierce competition—the outcomes of friendships and rivalries.

Having feelings for Akeelah, Javier invited her to his birthday party in the Woodland Hills neighborhood. Drama ensued inside the house when Dylan’s father scolded him for wasting his time at a party when he could have been preparing for the National Spelling Bee. Overhearing the conversation, Akeelah felt sympathy for Dylan, despite the fact that he was cruel and pitiless when it comes to competition. Nevertheless, Javier went to Akeelah and impetuously kisses her—revealing his true emotions for the adept speller.

Photo via Into Film

“Akeelah and the Bee” is not only a film that accentuates one’s passion for the spelling bee. It is about breaking the barriers of fear and the subversion of minorities. Spelling was just the avenue that Akeelah take in where she was terrified of the outcome as well as others who were worried for her. But with passion, determination, and conviction, Akeelah broke the window that led to the happiness that she once desired. There is a pretty low chance for a speller to not come across “Akeelah and the Bee” as they prepare for the National Spelling Bee since this film epitomized the true nature of the competitive tournament and how contestants prepare.

With an unpredictable plot and a twist in the final ending, the power of kindness enabled Akeelah to do something out of empathy and understanding, causing viewers to shed a tear. The immense affection for spelling might be the primary reason why some young audience are fascinated by the film, but it is Akeelah’s rough journey and compassionate heart that captured the interest of many.

‘The Goldfinch’ Trailer Is Here And It Is Stunning

Ron Rocky Coloma is a freshman at Stanford University. He has a knack for writing articles about celebrities and entertainment. Coloma served as the former Editor of The Scoop at The Guam Daily Post. 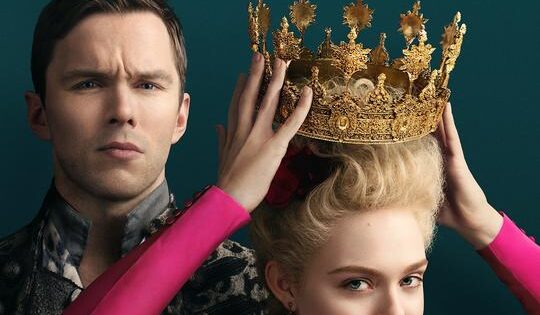