Album Review: A Track-by-Track Look at Peach Pit's You and Your Friends
Advertisement 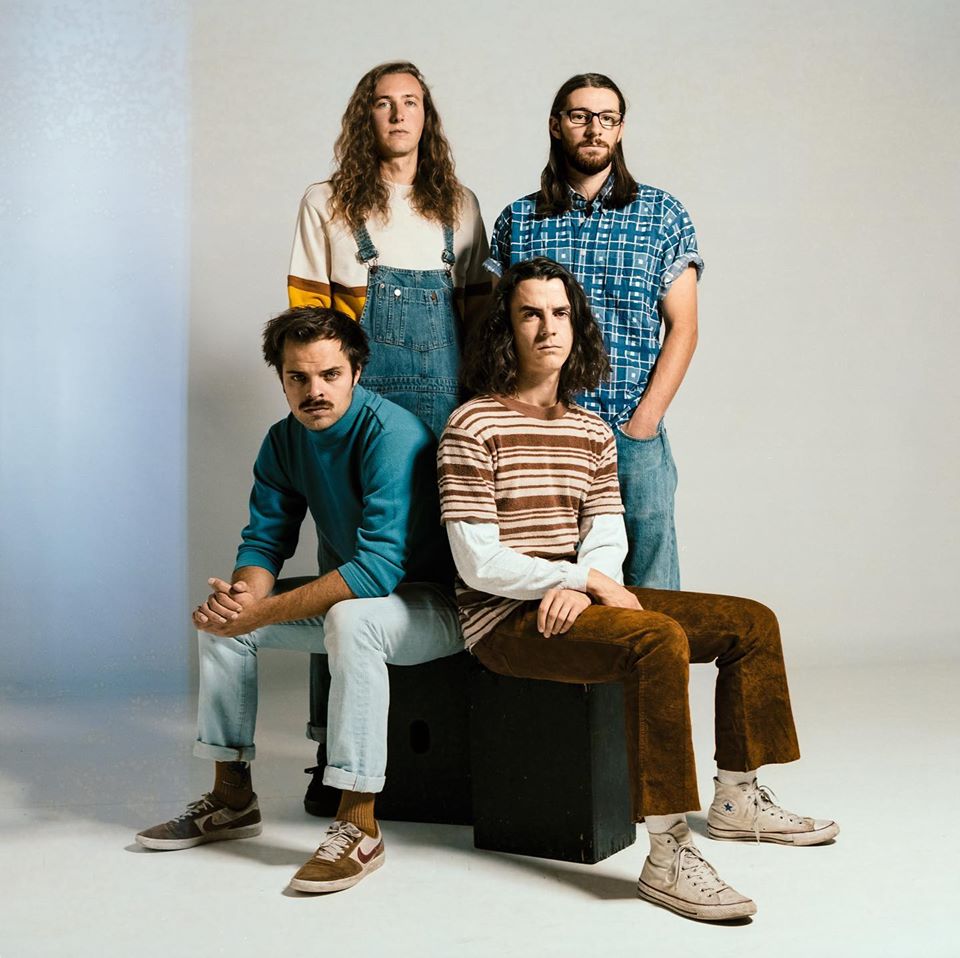 After three singles, three music videos and months of waiting, Peach Pit is back with a new album. You and Your Friends is Peach Pit’s second studio album following 2017’s Being So Normal. The album features 12 new tracks from the band, serving as their longest album yet. The Canadian indie-pop band’s latest work is brimming with stellar, mellow hits and a consistent, cohesive sound.

Serving as the album’s first track, “Feelin’ Low (F*ckboy Blues)” preceded the album’s drop by 5 months. Vocalist Neil Smith guides listeners into the simple and airy mood the rest of the album carries. With several standout guitar solos and riffs (a Peach Pit touchstone), it’s hard not to like “Feelin’ Low,” and even harder not to dance to it.

Personally, “Black Licorice” is one of my favorite tracks on You and Your Friends. It epitomizes the album, with the core message of feeling like a burden on one’s friends. The key lines of the chorus “I’m just black licorice/And all the people that I know/Would rather leave me in the bowl” are a striking demonstration of the relatability of You and Your Friends. There’s something raw and understandable in being the member of a friend group who feels left out or unwanted—like black licorice.

“Black Licorice” is a track that tells a story. Released as the LP’s third-leading single, it’s a track that showcases the melancholic and resenting aspects of youth and friendship, serving as a stunning showcase of the album as a whole. Not to mention, there’s a catchy, earworm-prone guitar riff!

Drummer Mikey Pascuzzi particularly shines on “Figure 8.” The song’s strong rhythm is a notable heartbeat underneath the serpentine vocals and guitar work, courtesy of Smith and lead guitarist, Chris Vanderkooy, respectively. Pascuzzi’s constant beat serves as “Figure 8’s” home base through its complex layering of lyrics.

“What’s up with you, it’s never been like you to be back and begging,” Smith sings during the chorus. “Puppy Grin” details the return of an ex-lover and the submissiveness that came with the former relationship. Lines like “I’m alone, to begin/And just sat right here with my puppy grin/For you and your sneaking on holidays,” demonstrate the naivety of the narrator and their willingness to please their lover, despite “sneaking.”

“Puppy Grin” isn’t a track I would consider to be a standout on the LP. It has its moments, to be sure, and the lyrics are loaded with imagery and masterful storytelling. All in all, however, I think “Puppy Grin” doesn’t shine as brightly as some of You and Your Friends’ other tracks.

“Brian’s Movie” has an odd, drawn-out sound to it, but the track works well. Vanderkooy’s guitar makes this track what it is. His slide technique is effortless throughout the track’s chorus and transitions, adding to the fluidity of “Brian’s Movie.” On social media, many fans have been quick to call the album’s 5th track their favorite.

Additionally, while promoting the album over social media, Smith revealed that the track is about how his parents met. “Brian’s Movie” becomes so much sweeter when its backstory and lyrics are accounted for, making it a quiet standout.

“Camilla, I’m at Home” is a track that permeates summertime sweetness. It’s a lazy, mellow track dependent on Smith’s vocals. Bassist Peter Wilton and Vanderkooy’s guitar seem to swell and play with Smith’s vocals, allowing for a musical ebb-and-flow reminiscent of days spent at the beach—even when the lyrics are directly contradictory.

“Oh Camilla, you don’t understand I haven’t left my room/In a couple days, even though you might think that I want to/When you’re scrolling by you might be thinking that it’s me you see/But it’s not really,” echoes the hopelessness of waiting for your lover to reach out. “Camilla, I’m at Home” plays well into the youthful aspect of You and Your Friends because of the universal relatability of wanting to receive a sign from your crush or lover that your feelings are required.

“Second Life with Emily” is another notable and understandable track off You and Your Friends. Detailing the story of two people who once knew each other well but no longer do “Holding back and too embarrassed/Like you never heard me calling out your name/Did you see me as your fairest/As you went and lead my second life away”, this track is another that benefits from Vanderkooy’s original guitar riffs. “Second Life with Emily” signals the strongest, most cohesive part of the album. The coordination between this track and the overarching theme of You and Your Friends is both abundantly clear and effortlessly conveyed. 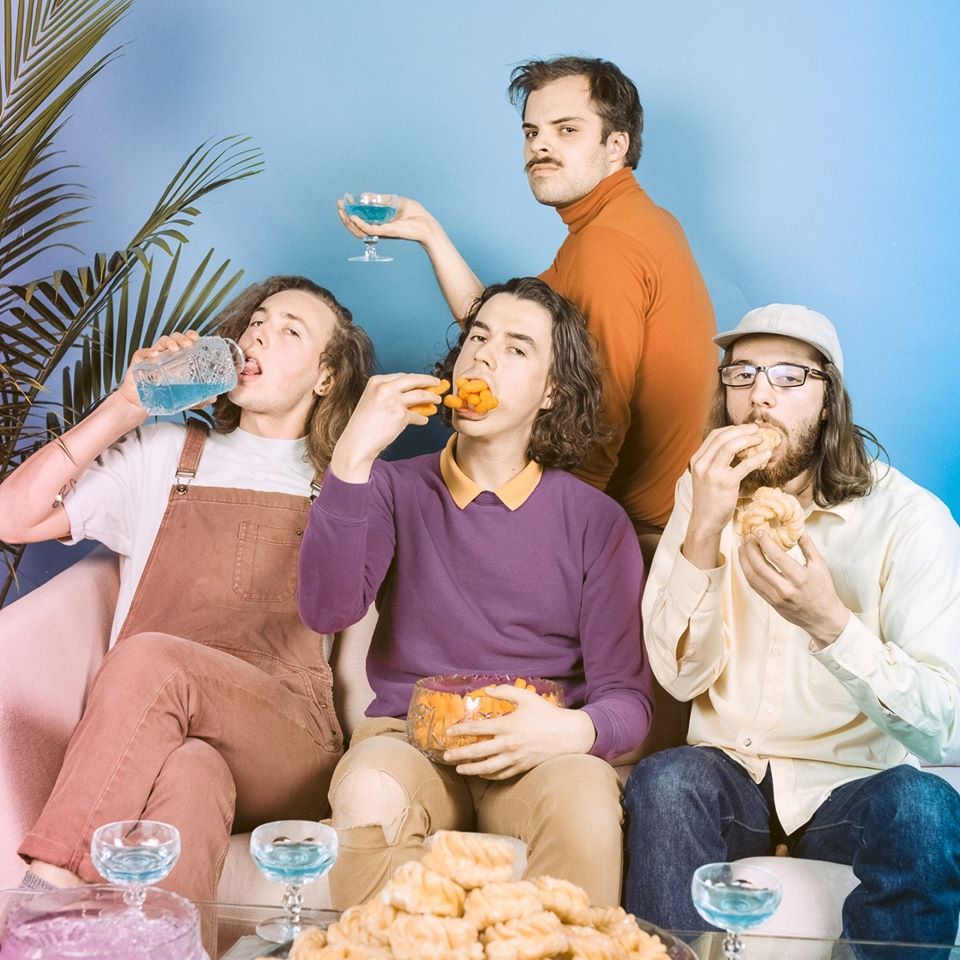 Live at the Swamp

“Live at the Swamp” is a bit underwhelming. While the instrumental and vocal talent is present (and consistently through the album), the LP’s 8th track offers little to the furthering of the album other than a pick-up in energy and a memorable guitar solo that rounds out the track. “Live at the Swamp” feels out of place when compared to You and Your Friends‘ other songs. The lyrics on this track feel weaker and less cohesive than other tracks on the album, marking “Live at the Swamp” as only an above-average part of the album.

The second single released ahead of the album, “Shampoo Bottles” is a stand-out because of its guitar riff, yet again. Its multi-layered instrumentals are infectious and build-up as the song progresses. Chords complement Smith’s opening vocals until Vanderkooy’s intricate riffs power the song through its chorus. “Shampoo Bottles” is a mellow single left unforgotten because of its instrumentals.

“Coming up in the radio silence happened to hear, how you’ve done nothing this year,” opens this track, referencing the radio silence mentioned in “Shampoo Bottles.” “Thursday” is another odd-sounding track that comes off as more abrasive through its chorus than pleasant.

What it lacks in mellowness, however, it makes up for in heart. The chorus of the track goes as follows: “Keep it up as if I would ever have a/place for you, kickin’ round in my room/Hold my hand as if I would ever let you be my man, catch on up if you can/Leave you beaming with every second just a walk away, fuckin’ up a Thursday.” “Thursday” is a powerful message to the narrator’s ex-lover, a sign that they will no longer continue to be together. Peach Pit conveys the invincibility of standing up to a former relationship on “Thursday.” While it may sound abrasive, the song and its message match well.

Track 11 of You and Your Friends again epitomizes the fickle nature of youth. “Your Teeth” is all about kissing and the prospect of fooling yourself into love. “As he grabbed a kiss to win her love/You or I hush some pointers/And fall aside, I’ve been foiling it all the while to rate your teeth” directly counters the lines “As she grabbed a kiss so tenderly/Why am I all for leaving/When you’re the one I’m deceiving/And all the while I’ve hated your teeth.” The relationship between verses and the repetition of the chorus (repeating the words “your teeth”) express the nature of being young and indecisive, able to be influenced at a moment’s notice. “Your Teeth” is another strong thematic track that helps to round out the album.

You and Your Friends

Hey, hey, hey, head over to @AppleMusic and stream our new album “You and Your Friends” – what are you waiting for? https://t.co/ZyKVQdE6KI

You and Your Friends is an album reminiscent of youth and summertime. Its sweet, lighthearted sound was a refreshing trip away from reality. Peach Pit is a band that reminds its listeners to be young. There’s a yearning for something bigger than life itself evident in the lyrics of this album, and it’s a sentiment echoed by the band’s demographic, to be sure. The band’s sophomore album strays from the sound of their debut but in a welcomed way. You and Your Friends beautifully, consistently, and professionally encapsulates a simpler, more naive time—something both needed and appreciated in 2020.

Stream You and Your Friends here, now available on all platforms.

8 Alternative Rock Songs That Rule Over the 2000’s