Two years after Ryan Murphy’s critically acclaimed drama The People v. O.J Simpson, which received five Golden Globe nominations and two awards, it is back with a new season about the infamous 1997 assassination of the fashion king, Gianni Versace.

The episode gives mostly focus on Versace’s assassin Andrew Cunanan (played by Darren Criss) and his very chameleon-like demeanor. From the minute he opens his mouth he always seems to be lying to get what he wants in order to afford his lavish life style. He may not be the narrator, but he certainly molds the narrative, giving two different versions of how he meets Gianni to his friend when they’re talking at the beach; and then in the opera when the story he tells Gianni about working in a pineapple plantation in the Philippines and writing a novel on his supposed “life.” Cunanan is a extremely unstable character

Now the man who carries the namesake of the show, Gianni Versace has very minimal screen time, played by Edgar Ramirez, who looks strikingly similar to the real deal; his portrayal (although we didn’t see much of) beautifully represents Versace’s creative personality.

The episode seemed stylistically almost a homage to the designer, from the music, the shots, the clothes; some of the actors almost seem to represent his decadent style. They had even dedicated themselves to recreating the interior of his Miami home.

His partner Antonio D’Amico had criticized the show for its portrayal of the murder, calling it “ridiculous.” But Ricky Martin, who plays D’Amico, gives a stiff portrayal of the character — fingers crossed that it might improve as the series passes. The series does point out the homophobia during that time, especially towards D’Amico, when the FBI is interrogating him and imply that D’Amico was being a sort of “pimp” to his partner, even though they were together for fifteen years.

We do not get to see Donatella Versace until the final half of the show, played by Penelope Cruz. Clad in black lace, she discusses the financial stake in the company. She discusses with her lawyers about how they will reveal everything, possibly hinting at his life as an openly-gay man.

If you like fashion, murder and if you were a fan of the last American Crime series, I certainly recommend this show.

In this article:fashion, review
Up Next: 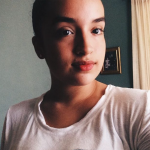 I am just your regular fish out of water living in central america, that has a deep love for game of Thrones and The Crown. I adore Colombian cuisine, i am also a very big Oscar Wilde enthusiast. I enjoy swimming and reading at the beach. I'm a dog person, and I adore Latin American literature. I'm 16 and you can go follow me on twitter at @MichelleAUnder