Channel 4’s sleeper-hit series has finally returned after that cliffhanger they left us on two years ago. While the way the final episode of season one fading to black without any explanation did gnaw at my mind for weeks after I’d finished bingeing it, personally, I didn’t really see the point in a second season. I thought to bring the show back would make it drag or ruin the first season somehow but I was wrong. Very wrong. In many ways, I think it’s better than season one. Despite the same dry, almost Yorgos Lanthimos-esque dialogues and the extremely dark plotline, there’s something raw and emotional about the new season. Masses of fan theories about the series’ ending have kept us occupied for two years, but none of them could have prepared us for the real thing. The first episode kind of feels like an entirely different show. It’s not a bad thing at all; I particularly liked the new angle they took with Bonnie concerning the video footage found by James and Alyssa at the Professor’s house in season one. I think it’s especially relevant two years on, particularly with more and more allegations similar to the ones shown in the first couple of episodes coming out about Hollywood executives as well as academics. The dialogue this season, particularly in the case of Bonnie, sounds like something out of a Yorgos Lanthimos film (which Jessica Barden – the actress of Alyssa – has acted in), particularly with how monotonous it can be. It adds an almost surreal element to the series which I think wasn’t really there as much in the first season.

The next couple of episodes is where the actual ending of season one is addressed. The show becomes much more Alyssa-centric, which makes sense after that ending. Alyssa and her mother, along with the twins, have finally left her creepy step-dad to go and live with Wales. As well as that, Alyssa herself seems to have moved on. As hinted at in the trailers and posters, Alyssa is getting married – and not to James. The series actually picks up a couple of days before the wedding. The second season also reaffirms that this is Alyssa’s story, not James’. This season is where you see Alyssa in “the most Alyssa way possible.” I think this is one of the best parts of the series – rather than trying too hard to answer all the questions from season one, season two deals with the aftermath and the trauma of what Alyssa went through. It makes sense why Covell chose to not make this a limited series. 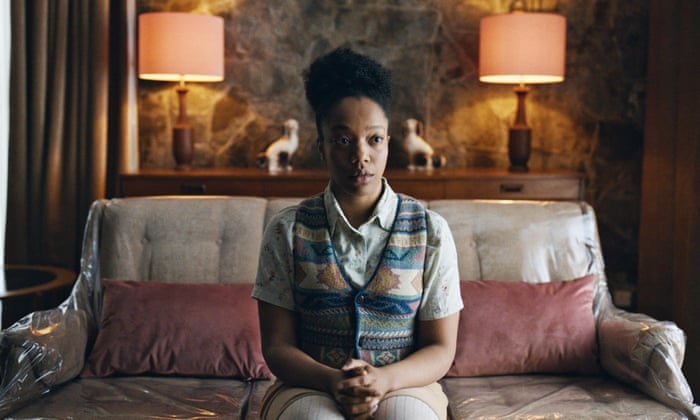 The pacing is another thing I loved about the new season. At no point does it ever feel like it’s dragging or clutching at loose ends. The show never lingers too long on anything whether it’s Gwen’s reaction to Tony leaving or even Bonnie’s childhood trauma. Everything is shown in slices of the characters’ individual lives and pasts which makes the experience of watching it – especially all in one go – that much better. The fast-paced nature of the latest season makes the ending incredibly cathartic. It’s probably one of the best endings we’ve seen on a TV show for maybe even the whole decade. The ending to Alyssa and James’ story is bittersweet and succinct, much like the series itself.

The End of the F***ing World is available to stream on Channel 4 and Netflix.

Who Can Lyra Truly Trust? A Review of ‘His Dark Materials’ Season 1, Episode 2

Daemons, Dust and Gypsies: A Review of ‘His Dark Materials’ Season One, Episode One