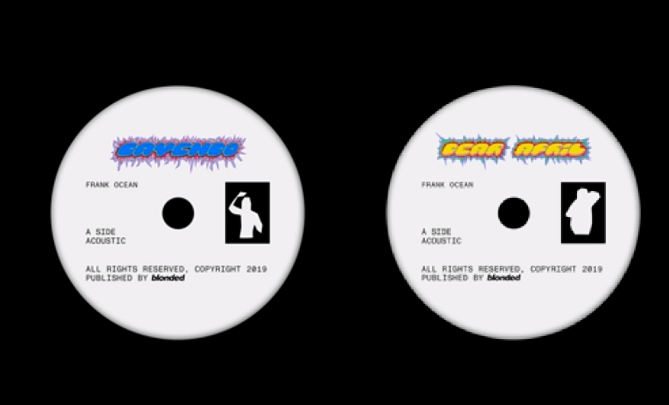 Frank Ocean is one of the most renowned and reclusive voices in the music industry. Known for compelling storytelling, songwriting and production, Ocean has earned the praises of the Obamas, Beyoncé, Rihanna and his good friend Tyler The Creator. Known for slipping away from the public eye for years at a time, Ocean has released numerous singles and a total of four projects – LPs, mixtapes and albums.

Frank Ocean visited the PrEP+ Club in October of 2019 night, where he performed old and new songs. During that show, he performed “Dear April” and “Cayendo,” which were then released on vinyl. Though fans leaked versions of these tracks, many were shocked by the sudden streaming release of the two songs at midnight on April 3, 2020.

“Dear April (Side A – Acoustic)” opens with gentle rising electronic noises before Ocean sings, “Dear April,” like he’s calling out to one specific person, before continuing, “the only face in the crowd that I know.” It sounds as though Ocean is standing on a stage alone, staring into the dark, focusing on a single beam of light. He sings, “Dear April, we were safe for a while/We were safe as the years flew by/If you could take two strangers/Lead them left and right/At a certain place and time/Like you took these strangers/And our two strange lives…”

A guitar plays in the background, almost unnoticeable like it’s part of the lyrics – woven into the words. Twinges of guitar and slight pauses emphasize the lyrics and the few breaks in the track, along with surges of the light organ. On “Dear April,” there is no chorus and only one true verse. It moves fluidly, like a letter, perhaps hence the “Dear April” title and opening. 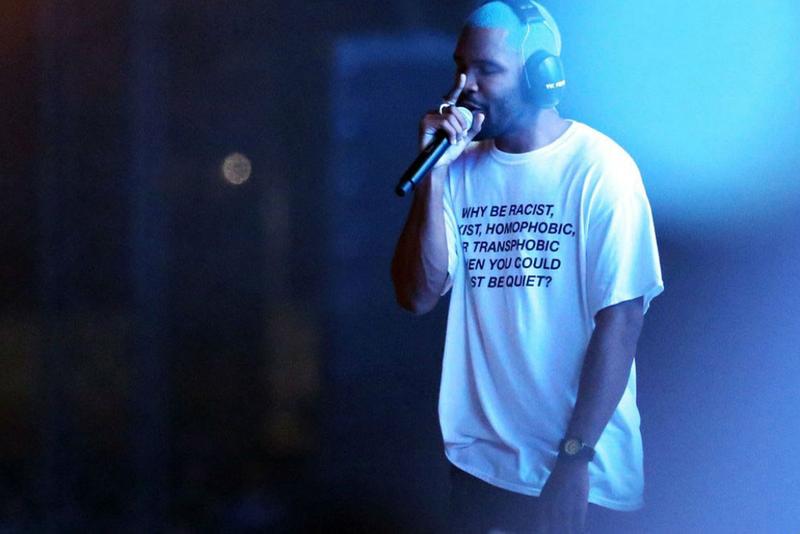 “Falling down” is the English translation of the word “Cayendo.” A guitar that is semi-muted, almost like it’s playing in the background of a memory, continues with Ocean. He sings, “No hablará de mí, ni hablará de esto/Lo que él quiere de ti, yo no se lo negaría/Si esto no me ha partío’, ya no me partiré nunca/Si puedo soportar lo que siento, ¿por qué me ‘toy cayendo?” This roughly translates to, “What he wants from you, I wouldn’t deny it (to him)/If this hasn’t broken me, I’ll never leave/Yes, I can stand [bear/endure] what I feel because I’m falling/Perhaps I’m falling?” Ocean continues, now singing in English, “You stood me up, you lay me down/You know too much, I can’t be proud/I still really, really love you, yes, I do.” A semi-common theme in his past songs, Ocean is singing about unrequited love. Fragile, one-sided and abandoned love are themes that filled the previous projects of the creator, and there appears to be another love interest who is not reciprocating the way Ocean has fallen in love.

There is no clear reason why Ocean opted to sing in Spanish – maybe he wants to present a barrier to that is comparable to the emotional isolation he is experiencing in his relationship, perhaps it’s a metaphor for the education or block of his exploration of his queerness, maybe it’s personal to the story or subject he’s singing about on the song. Maybe Frank Ocean just wanted to sing in Spanish.

Scratches on the Spanish guitar strings and the floor remain included on “Cayendo (Side A – Acoustic).” Discrepancies in the recording process are essential to the closeness the listener feels with Ocean during the song. While “Cayendo” is partially in Spanish, it is entirely from the heart.

The pair of songs sound as though they belong on Ocean’s Blonde album, contrasting his latest 2019 releases, “DHL” and “In My Room,” which were more electronic and trap-heavy. “Dear April” is longing and emotional while “Cayendo” is raw and intimate, both encouraging and promising indications of what is to come from Frank Ocean.

You can stream “Dear April” and “Cayendo” everywhere.

Oh Wonder Reach Out From Home with “Lonely Star”