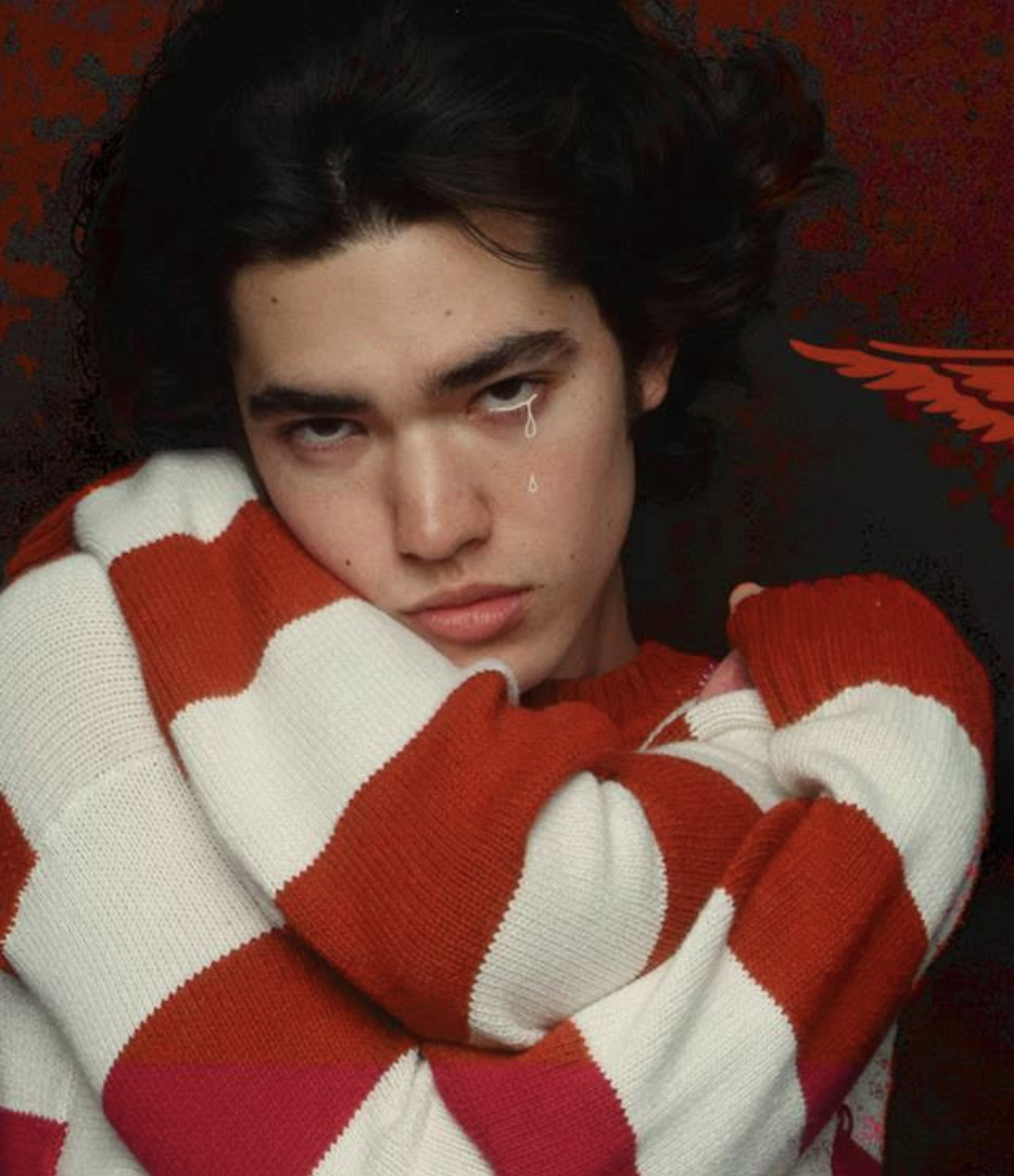 “Comfort Crowd” opens with Conan Gray singing and a bass plucking behind him. This lack of instrumental buildup is somewhat startling at first, but plays well into the overall tone of the song. In this verse he discusses having the weight of the world on his shoulders but needing to keep up appearances for others. Conan sings, “Begging on my knees, screaming ‘Someone come and help me…’”

As Conan sings, “But by the time they’re there I’ve already hid the body,” a chorus of his own voice overlapping is introduced. Previously, the song had strictly been utilizing a consistent plucking of bass. There is a silent pause to create suspense before snare is introduced, though the bass and beat remains constant. Conan sings about struggling and trying to hide weakness, but having a close friend “see through” it all. The chorus of his voice overlapping is reintroduced for emphasis as he sings, “I said that line already.”

There is a beat of suspenseful silence before Conan plunges into the guitar-filled chorus. As Conan sings, “I could spend a lifetime sitting here talking, and if I cry all over your body, you don’t even mind/Sayin’ you like your shirt soggy,” it becomes evident that the harsh threats of the previous lyrics and promotional material do not truly reflect the vulnerable and longing meaning of the lyrics.

In the chorus, Conan sings, “I just need company now/Yeah I just need someone around/Yeah I don’t care what song that we play/Or mess that we make/Just company now/Comfort crowd.” During Conan Gray’s “Sunset Shows Tour,” at his DC stop, he called out into the audience for fans to be thankful for their friendships. As the sea of teary-eyed friends clung to one another, he asked fans if they had friends who they could just sit with and feel loved, even if they’re just staring at their phones. While the rest of “Comfort Crowd” appears to fit the darker tone of Conan’s upcoming album, the themes of the chorus greatly relate back to the meaning behind his tour rendition of the songs, as well as some of his earlier songs such as “Idle Town.” The lyric, “We rot thinking lots about nothing,” even ties into his lyric, “So do you wanna rot in your room like we always do?” from one of his earlier songs “Generation Why.”

wrote this song in bed while i was really missing my best friend back home. wanted to write a song for all my lonely-as-shit ppl out there.

“Comfort Crowd” is a song about hardships and hurting healed only by the closest of friends. It’s about those in one’s life who create an atmosphere of love, even during the greatest of struggles, even when you have to be that person for yourself. It is a warm song full of the sentiments of someone seeking affection, shrowded by biting lyrics. “Comfort Crowd” is a great big hug from an old friend.

A Review & Analysis of “Oh Wonder”’s Return to music, “Hallelujah”