“But how quick is the shift of passions from one extreme to another! and how little are they acquainted with the human heart who dispute it!” – ‘Fanny Hill, or Memoirs of a Woman of Pleasure’ by John Cleland, 1748

Fanny Hill has been considered to be “obscene, impure and indecent” according to The Harvard Crimson  as it has been recorded that Judge Eugene A. Hudson of Suffolk County Superior Court condemned it to be so. After all, in there are several reports from 1964 illustrate that even years after the first publication of Cleland’s pornographic novel, articles from the New York Times in 1964 demonstrate that the book was seen to be obscene. The New York Times reported that Sir Robert Blundell ordered that 171 copies be seized after he read the novel “twice” and decided upon this with “no hesitation”.

In 2017 it appears as though there have been some issues with Cleland’s novel once again. Sources such as the Guardian have reported that the Royal Holloway, University of London had ‘banned’ the book. It was considered that the reason for the ban was due to the fact that it may “offend” students. It can be said that The Times believed that millennials were ruining something else as they followed up the report suggesting that the novel may be just “too much” for us “sensitive” mmillennials. Dr Judith Hawley, Professor of 18th century literature at Royal Holloway swiftly responded to these reports via the Guardian: “I didn’t ‘ban’ Fanny Hill…today’s university students have been represented as ‘too sensitive’… in the face of difficult subjects to the point of actively resisting free speech”. Hawley stresses the importance of being able to “analyse” and respond “sensitively” to texts.

Which is perhaps how one should approach Fanny Hill and any work for that matter.

In essence, when considering the words of Hawley, Fanny Hill has not been banned again. For the Guardian, Hawley suggested that a remark she made in the Radio 4 series The Invention of Free Speech was what prompted the assumptions regarding the banning of Cleland’s erotic novel. As Hawley said that in the 1980’s she taught Fanny Hill as well as a protest against the opening of a sex shop in Cambridge; and that “nowadays” she would worry about “causing offence” to her students. Hawley clearly states for the Guardian  that she did not at all ‘ban’ the book from the reading list. Hawley also stated in the Guardian that she does not teach it “at all”. And, Nelson’s views on the novel can illustrate that even if the case was concerning the “sensitivity” of millennials in response to ‘racy erotica’ as suggested in The Times, it appears that there is so much more to inspect than the act of sex when it comes to Cleland’s Fanny Hill. It may be considered that the novel must be approached with more sensitivity to scrutinize the prejudice that plagued the period that the novel is set in.

Author
Tayla J.H
Tayla is UK based. She also has works in KILORAN magazine. 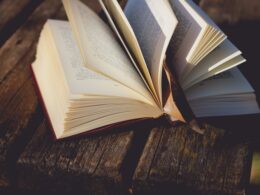