An Inside Look at How the Disney Machine Works
Advertisement

It is an age old question that has been asked many a time during the course of the past few years as the core audience of Disney in the early 2000s have grown up; ‘What happened to the old Disney?’. Many people still reminisce over the shows that a generation of young adults now have grown up with like Hannah Montana, The Suite Life of Zack and Cody, That’s So Raven etc that were once the pinnacle of childhood television and captured so many of today’s generation. Long gone have the days of racing home to watch the premiere of a new DCOM or the new crossover episode of Hannah Montana been.

At the height of Disney Channel’s popularity, the network was receiving a steady average of 7/8 million viewers on their original films, with the exception of ‘High School Musical 2‘ that garnered an astounding 17.2 million viewers. It was safe to say the network was a hit, producing more and more stars in the music and acting world by the hour and gathering mounds of media attention regarding their stars’ dating lives. What was only revealed abundantly after the seemingly endless attention thrust on the poster girls and guys for the channel like Demi Lovato, Miley Cyrus, Joe Jonas etc was that there was constant pressure and anxiety on the star on every single action and decision they took out and was controlled/planned meticulously to the point where it drove stars to break down and start to substance abuse.

Among the more recognisable ex-Disney acts there are varied opinions. Cole and Dylan Sprouse, who played Zack and Cody on the two sister Suite Life shows have both expressed gratitude and thankfulness to Disney for launching their careers, whereas Joe Jonas has consistently repeated his disgust for the company after leaving it, going as far to write an essay for New York magazine about the trials and tribulations of being in the giant company.

Joe stated in his essay that stars akin to him and his brothers were constantly monitored and restricted in what they could do or say. He even went on to say that in his time at Hollywood Records (the record label Disney acts are partnered with if they enter a contract with Disney that includes musical talents) that he wasn’t able to talk about sex or romance in general while singing or writing songs which restricted him to whatever Disney executives believed to be the next hit. He also went into detail about his time on his show  ‘Jonas’, where he was forced to shave his stubble every day to appear to be 17 while in reality being 20 in order to appeal more to the younger target audience and eventually the writing became something ‘that only a 10-year-old would laugh at‘ which would drive him insane. The experiences that Joe went through are evidently echoed through many other stars on Disney at the time, with Demi’s drug abuse and eating disorders.

Even though Joe has explained his experiences, not all members of the Disney alumni believe the corporation to be evil, Dylan Sprouse even slated Jonas for making the accusations against the company, stating; ‘I think it’s bulls**t that they were being robbed of choice or creativity‘ on his Tumblr in response. He went on to say that his brother, Cole, and he often said ‘no’ to the company and they complied with their wants, saying that people like Joe who have spoken out against Disney ‘fell under the allure of fame‘ that Disney offered to them.

This negativity towards how Disney controls their stars has been echoing even until now, the ‘Girl Meets World‘ star Sabrina Carpenter, 17, on her most recent album ‘Evolution‘ (which is produced by Hollywood Records, the same label Joe Jonas criticised) she released two tracks called ‘Mirage‘ and ‘Space‘ which both subtly hinted towards a dark and controlling force over her that she wasn’t able to escape from and because of that she couldn’t differentiate between what was real and what was fake. Her other ‘Girl Meets World‘ co-star Rowan Blanchard, 15, a social justice activist and very vocal on issues such as race and politics. voiced her distaste for how the company treats their employees when Girl Meets World was cancelled prematurely without warning after the show was seemingly getting too close to the boundaries of what Disney Channel would allow on the show.

Regardless of the varying views between ex-Disney acts, the president of Disney Channel, Gary Marsh, is a very intimidating and frightening individual. In an interview in which he discusses Disney “scandals” like Demi’s substance abuse and Miley’s transformation, he appears to visualise the children that he moulded into superstars as pure money and as robots rather than addressing them as what they were, children. He says: ‘Our job is not to make shows, it’s to build franchises and stars’ in regards to how they cast Miley Cyrus into Hannah Montana which is a scary and tough mindset while being surrounded by teenagers experiencing the most important years of their lives. He is asked about Demi Lovato’s long struggle with mental health issues that mostly stemmed from her time at Disney and brushes the real issue off that she was going to experience those issues regardless of if the company gave her more support anyway and will continue to do so for the rest of her life.

It is always tough to garner a real sense of what it must be like to experience being ‘part of the Disney machine’ as the way the stars are presented to the general public is almost that they are untouchable and those not on those shows will never be able to understand what they went through but we need to recognise that Disney stars are in a high-stress, monitored environment where they can’t get out of for a very long time and are constantly pressured into saying things instead of criticising them for something they have no control over, but should.

In this article:feature
Up Next:

6 Reasons Why You Need To Watch ‘Powerless’

3 Lessons To Be Learnt From 13 Reasons Why 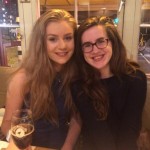 A Spotlight On: Keaton