An Interview with Kyd The Band: Creating with Intentionality
Advertisement

Kyd The Band is a young and up and coming performer hailing from California, now honing his craft in Nashville. He is focused on creativity and storytelling, with his own music videos telling one twisting storyline. He has collaborated and toured with hit rapper NF most recently and is releasing music with his new label SONY/Four Music. I got the chance to interview Devin (Kyd The Band) and discuss his upcoming song “Easy” as well as his identity as an artist. I discovered that he’s focused on being intentional and deliberate in all that he creates.

Are you excited to perform at Austin City Limits (ACL)? How do you prepare for festivals?

Very excited to perform at ACL, I love Austin and have heard ACL is one of the most artist-friendly festivals out there. I have never been to a festival let alone played a festival haha, so I’m figuring out how to prepare for a festival on every level. Ask me this after ACL and I’ll have all the pro tips I’m sure.

Really great and easy experience. Nate knows exactly what he wants and exactly who he is as an artist. That’s the type of artist/writer I love working with.

NF is a rapper, what was like sharing the stage with someone who makes music that differs so greatly from yours?

Playing rap shows really opened my eyes to how versatile the Kyd the Band project is and how it connects across genres. Listeners aren’t so strict about genres now. I write music about my life and I try to be as honest as I can doing that, and to an NF listener that makes especially makes sense.

Both you and NF come from Christian upbringings. Did your faith impact your music at all?

Most definitely. The way I was raised built the foundation for everything I am now.

What was your experience like touring? Do you plan to do so again soon?

Lots of driving and short four hour stays at Holiday Inn Expresses. And yeah, I’m going to get back out this fall. 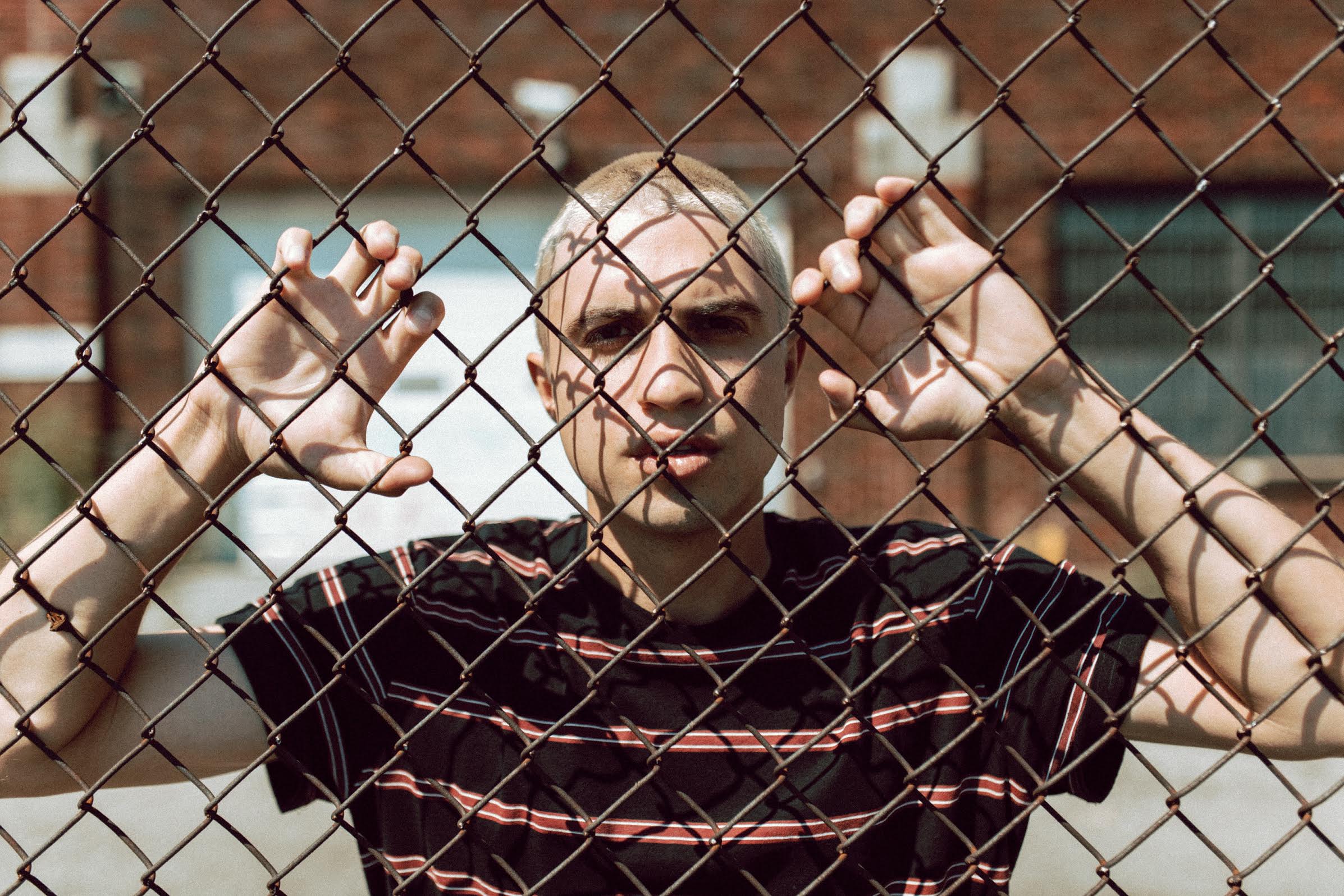 What inspired you to pursue music?

I really decided to pursue music when I was like 18. I really wanted to escape my life at the time, and the thought of doing music was the only thing that made me excited to wake up every day.

Having a record deal is a dream come true. There’s still so much work to be done, but I’m really thankful to have a team around me that’s fully supportive of my vision. Plus getting to come out of Europe is the cherry on top. Some of my favorite artists and bands started in Europe, and it’s exactly how I want to do it.

How did your music making differ in Nashville from LA? Why did you move?

LA has the bigger non-country scene obviously, but LA is more focused on production and melody when it comes to songwriting. Nashville is all about the lyrics. When I lived in LA I was mainly concerned about what melody was the catchiest, but in Nashville I learned how to actually say something worth saying.

I feel like with music the answer to that question changes by the day. Some things are ACL, touring, and I’ll put out 2-3 more singles.

Stream his latest song “Easy” on all streaming platforms, follow him on social media, see him at ACL, and watch his music videos.

An Interview With Brianna Zúñiga: The Podcaster Behind “What Does She Know?”