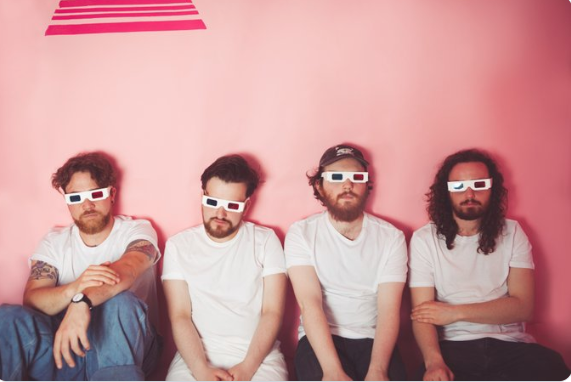 TV COMA is a small rock band hailing from St. Albans, Hertfordshire. Formed by a group of secondary school friends (the English equivalent of high school), they play music that’s filled with teasing lyrics and uptempo guitar. I had the chance to interview TV COMA and found that the sarcastic and dark humor of their lyrics are similar to their interview responses.

You list Weezer as one of your formative influences, they are a quintessential American band. Does this American influence impact your sound, despite your English upbringing?

We grew up completely ignoring all English art, music, and culture because it’s wack yo, super wack. In our teen bands, we used to sing in whiny American accents, but in our 20s we heard Damon Albarn from Blur and now we try really hard to sing exactly like him.

You describe yourself as a millennial rock band; millennial humor has been summarized as incredibly dark, self-deprecating, and somewhat confusing – how does this affect your music?

We don’t think millennials are self-deprecating. We think we’re goofy, grinning, overly-optimistic idiots with no hope. We all have a void in our souls that can’t be filled by any amount of Instagram likes, cassettes or soy lates, so we just sit there and hate ourselves, pretending that we love ourselves, clinging to bits and pieces of the past while being dragged kicking and screaming into the future. And then we have to try and become popular on Spotify.

What is the meaning and story behind the name “TV COMA”?

TV COMA is what happens when a baby grows up in a white room with only pizza and Netflix. He will have a breadth of knowledge about a wide range of subjects. He’ll have well-written complex dramas to teach him how to speak to people, self-help to correct his broken mind and documentaries about whales to teach him not to leave the plastic on the floor. When he is an adult, he will be freed from the room and be worshipped as the most intelligent person on the planet. This was how we grew up and look at where we are today. That is what a TV COMA is. TV COMA is good. 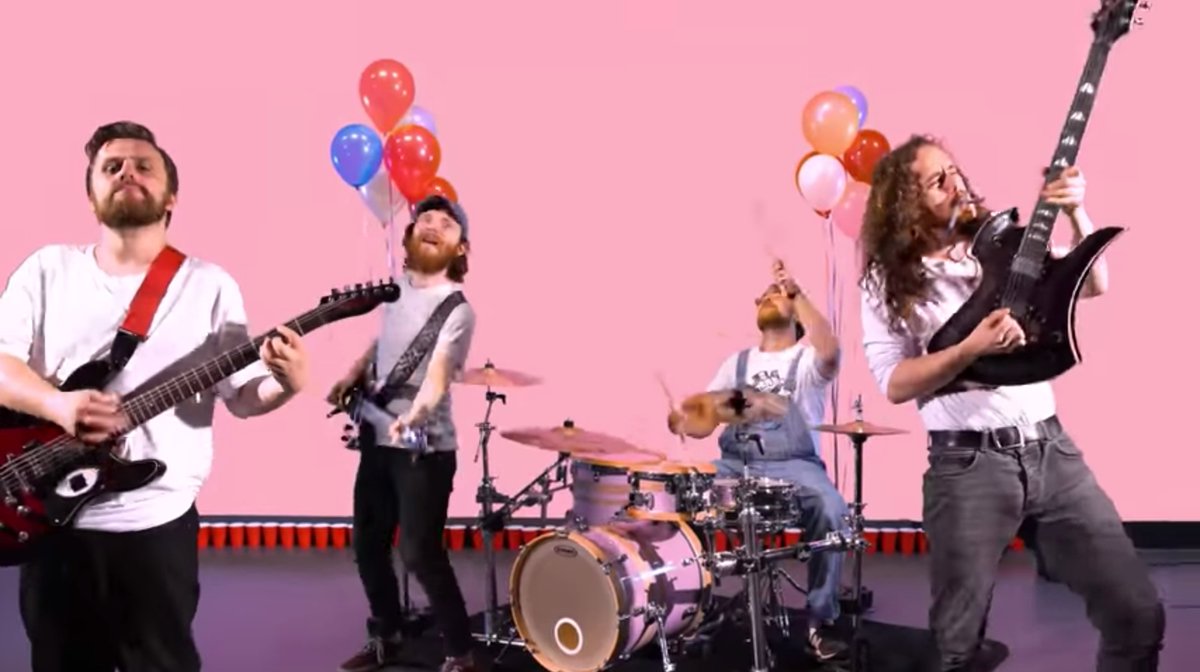 TV COMA in their “Have A Party” music video

Even if you’re not explicitly political in your work, how do major events around the world impact your music/sound? (Ex: BREXIT, global warming warnings by the UN, Trump in the US, etc.)

We don’t know what any of those things are but BREXIT sounds like a really good biscuit (and we love biscuits, especially rich teas, and custard creams).

Leo and Max are siblings, how does that impact your dynamic as a band? Is there ever brotherly fighting, or does it actually make things easier?

Leo once power-bombed Max into his bedroom wall because he scratched his WWE Smackdown vs Raw PS2 game. Since then there hasn’t been any fighting. It was all let out in childhood wrestling rage.

We all sit in Max’s bedroom and talk about food and Anthony Bourdain for ages then Jamies plays guitar and we write a song about food.

What does the title of your EP “Body Negativity” mean?

We named the EP ‘Body Negativity’ because we carried on looking in that mirror over there and were always really negative about what was in the reflection. Some people like to be positive, but we find our infinite negativity and sadness empowering.

How did you all come to meet and form TV COMA?

We met as greebos (*English slang for a punk fan) in our secondary school where we all snuck out into practice rooms during lessons to play fast metalcore with 10-minute-long guitar solos. After a while, we got bored with complicated music and started to play 3 chords over and over and over again.

You are currently based in the UK, correct? Would you ever consider moving to LA like many artists do, or is staying local important to you?

We would love to move to LA, but Max works in a health food shop and Leo and Jamie sell baby products online, so we don’t make enough money to even get a plane ticket.

What does your upcoming EP mean to you? Is it special compared to your other work, and why?

We’re very proud of this EP. It was made entirely DIY, produced by Max (guitar/vocals). We’ve traveled across the country playing ‘I Don’t Like Football’ to interestingly aggressive football fans. Playing Trudy to the hipsters in Brighton. Playing Digital Girl to a bunch of Gen Z Billie Eilish lookalikes staring at their phones. We even played Have A Party at a party. So it’s been a fun time and there’s even more happy nice fun to come. 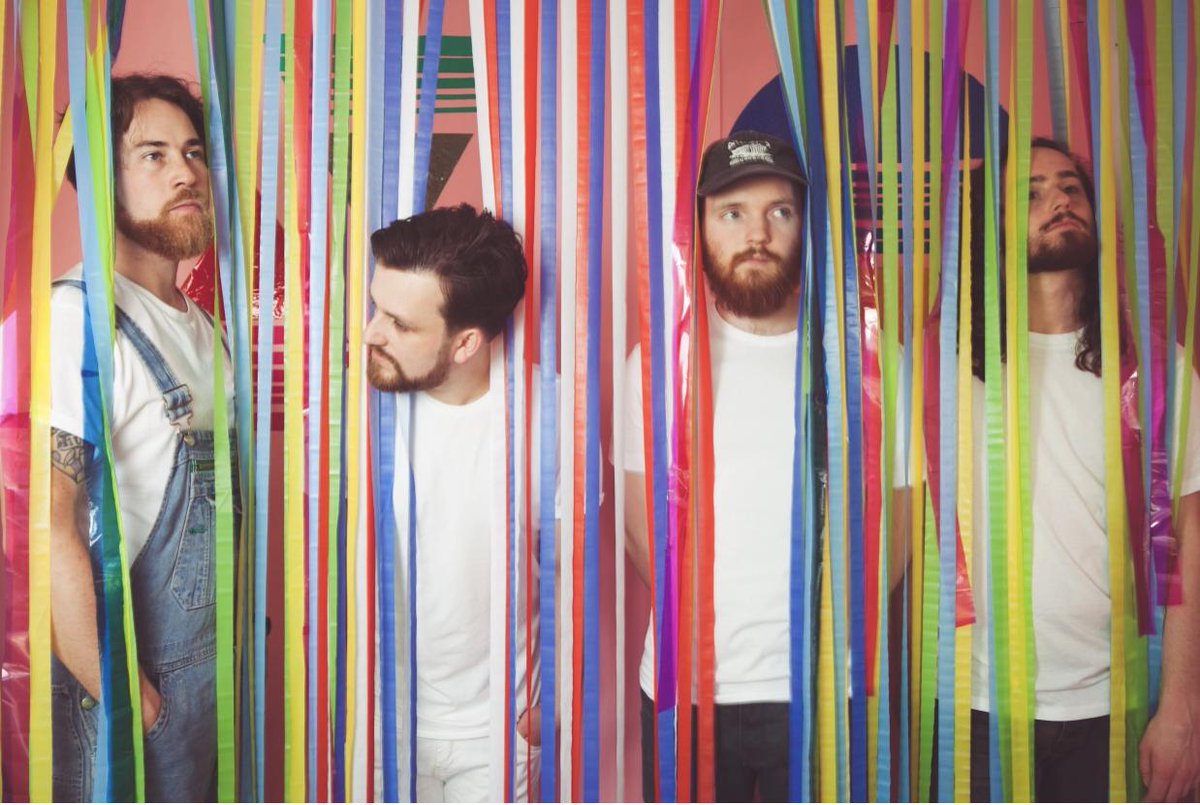 If people were to gain one thing from your music, what would it be?

If you were to form a 90’s-style (continuing with the millennial theme) boyband, which stereotypical role would each of you fit? The roles are (as described by the Guardian):

The Mysterious One – Laurie

The Boyish One – Leo

The Starry One – Max

The Rebellious One – Jamie

If you could collaborate with any band (current or former), who would it be?

Since your group name is TV COMA, what is each of your favorite TV shows?

TV COMA releases their EP “Body Negativity” Friday, May 31. It can be streamed on Spotify and SoundCloud.

Interview With Oscar Stembridge: the Youngest Artist to Sign a Label Deal With Universal Sweden

Will Jay Releases a Beautifully Painful Song & Visual, ‘I Can Only Write My Name’