An Interview with “SAINT SLUMBER” & Premiere of their Video “Mantra”
Advertisement 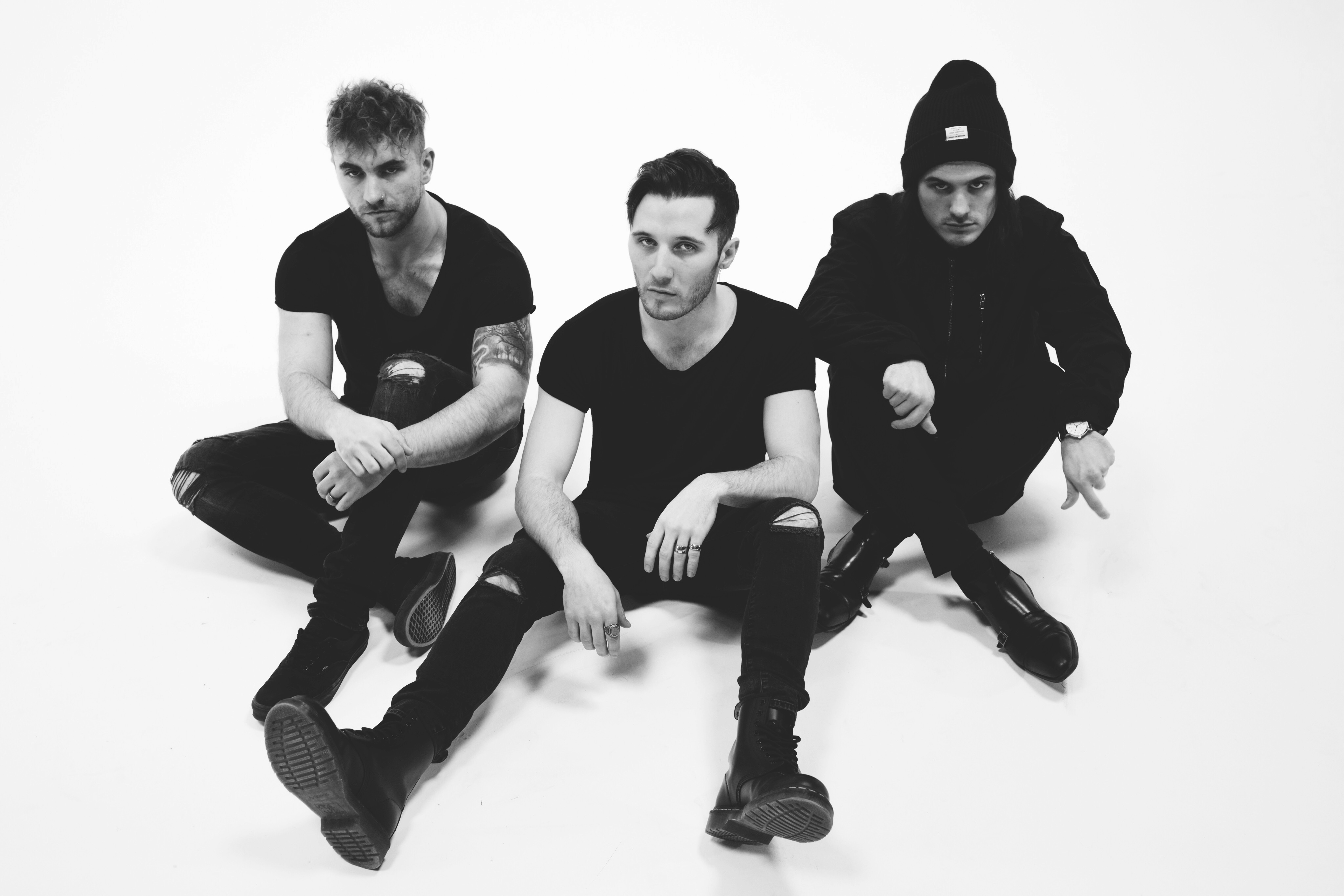 Saint Slumber is a detail-oriented rock band from “the suburban sprawl between Philadelphia and New York City.” They call themselves an “all-American rock band,” and release music and videos with intense themes. The band released the music video for “Mantra” which features observations of God, justice, and “introspection.” I had the pleasure of talking with them and learn more about this release, what went into it, and what they want people to take away from it.

What inspired the song “Mantra?”

I’m big on introspection and retrospection. I think MANTRA was written as a way of criticizing myself for patterns I was seeing in my own behavior: over-idealizing people, places, and things, putting a lot of faith into concepts and ideas, and MANTRA is written as a criticism of that sort of mentality.

What was the inspiration for the video?

It’s hard to say where exactly we get our inspiration since the limitations ($$$) of our shoots inform a lot of our choices. We are inspired greatly by religious iconography and surrealist visuals, so most of our videos at this point try to access those visual tropes in a way that is affordable to us.

What was the process like for making the video?

All of our videos at this point are self-directed, produced, and executed. This means that our video shoots are planned in a very cost-effective way; it usually ends up with us shooting multiple scenes for multiple music videos simultaneously in a very small window of time. It’s very frantic and rushed, but we’ve all worked together for so long that we have good short-hand, and we fit into our roles nicely: we have a very unified vision for the videos.

Can you break down the message of the music video?

Touching on the concept I mentioned earlier– the idea that things may seem one way but maybe another in reality– we wanted visuals that focused strongly on duality. We wanted a clean, starkly white aesthetic that we could juxtapose harshly with a red-soaked opposite; we juxtaposed a brightly lit performance with one shrouded in mostly-darkness; we quickly oscillated between normal shots of the characters with inverted ones. The concept behind the video is spartan, but we think that it highlights the idea of opposites in an obvious and digestible way.

What was it like sharing the stage with such huge names like “Walk the Moon,” “Portugal. the Man,” and “The Struts?”

It’s a cliche answer for a reason, but it was surreal. Running into titans of the music industry in the bathroom backstage is a difficult thing to grow accustomed to. Playing on the stages next to their gear, in front of the same crowd that they perform in front of, is really hard to wrap your head around.

The video is entirely black and white, except for red – is there any importance to this?

I touched on it above, but the importance lies in contrast. Black and white are typically polar opposites, but the sterility of white I think is strongly contrasted by the deep passion and violence of red. Hopefully, it’s a jarring difference on a purely visual level to better execute the idea on the metaphorical one!

Your previous video, “GETAWAY” featured burlap as well, was that at all intended or planned? (Or was it just a coincidence?)

The videos of YOUTH//3 are all intended to touch on and thematically complete the videos of our first two records, YOUTH//1 and YOUTH//2. This is a small homage, but it will become more direct with the upcoming videos from this record.

What do the characters underneath your name on the “Saint Slumber” title-card mean?

They’re just a transliteration of the words “Saint Slumber;” which means they aren’t the Japanese words for “Saint” and “Slumber,” but if a person speaking Japanese were to read those characters aloud it would sound very close to what the words sound like in English.

shout out to all of the real ones who are still streaming #MANTRA non-stop during week two ? We can’t wait show you our new music video… we’ll be releasing the “making of” mini-docu this week to give you a sneak peak ? Who’s stoked? ✨

Hamsas are popular symbols to wear within the Jewish community, as well as the within the Muslim, Buddhist, and other Middle Eastern communities – what was the significance of it being on Eve’s back?

Since this song and video have a lot to do with obsession and idealization, I wanted to make sure the central character– I really do like the idea of calling her “Eve” — would be able to embody many facets and materializations of ideas: the obvious feminine form, the idea of objective “justice” (e.g. the blindfold), nostalgia, etc. In this vein, I knew going into the shoot that the actress (Paige Jensen) had a Hamsa tattooed on her back, and I wanted to make sure it was showcased to represent the idea of God.