Animals, Murders, and the Internet ― Here's What Netflix's Don't F**k with Cats Documentary Taught Us
Advertisement

The internet has always been a hub for a myriad of interests, ranging from mundane necessitated tasks to randomized nightly searches of items on Craigslist. Although a normality we have become indifferent to, the internet harbors some of the most darkest and chilling reflections of human nature. The deepest parts of the internet reveal a realm of horrifying and gruesome tales we so often push away and hope they are false, when in reality, they may exist right under our noses. In the Netflix limited docuseries Don’t F**k with Cats: Hunting an Internet Killer, Deanna Thompson, who formerly went by the alias of Baudi Moovan, and John Green relive the terrors of the infamous Luka Magnotta, a now convicted Canadian murderer.

According to Thompson, and as the name of the documentary implies, it is the internet’s “rule zero” to not mess with cats. This primed the story to come, in which Magnotta was identified as the perpetrator of several heinous crimes ― whether by legal or social standards ― with the first being a 2010 self-posted Youtube video called 1 boy 2 kittens. In the documentary, the video is seemingly just another cat video. The man, who is initially unidentified, begins by playing with the animals. Viewers then see the foreshadowed wickedness when the man places the cats into a vacuum seal bag. Thompson, through tears, describes what viewers do not see once the video is shut off ― the man proceeds to murder the cats through asphyxiation.

The internet was outraged. Again, it is an unwritten rule to not mess with cats. A Facebook group, “Find the Kitten Vacuumer… for Great Justice,” was set up in response to the posted video. Thompson, a data analyst for Vegas casinos, and Green, a Los Angeles resident, then became involved in the intensively dangerous search for the cat murderer. For two years, Thompson, Green, and cat activists across the world worked extensively together to uncover Magnotta’s identity.

Throughout the progress of their goosebump-inducing journey, Thompson and Green hit several stumps in finding the identity of the perpetrator (it was not until a tip-off that they realized Luka Magnotta could even potentially be behind the videos). As Magnotta continued to leave hints ― uploading three more videos dealing with torturing and murdering cats and posting pixelated (and easily uncovered) images of himself, Thompson and Green dug through each detail he left behind. The Facebook group tore apart the videos he uploaded, neglecting to leave a single detail untouched. Unknown to even those over the criminal investigation, the group noticed things such as Magnotta’s fascination with the film Basic Instinct, which later was reflected in his videotaped murder of Jun Lin, a Chinese college student. Although amateur investigators exploring something they thought would merely last for two days, they realized the hole they had dug when their personal safety was endangered in the midst of their hunt.

Thompson was Magnotta’s central target from the group. After infiltrating and realizing that a “Baudi Moovin” was headstrong on his tail, he indirectly threatened her by uploading a home video of someone walking through a casino she worked at. The docuseries transcended any true crime story heard before ― things got personal.

The docuseries itself was a revelation beyond the crimes Magnotta committed or the persistency of the armchair investigators involved in the case. Thompson stated outside of the documentary that Magnotta sent her a message. A quote from Nietzsche, the message reads, “Whoever fights monsters should see to it in the process that he does not become a monster, and if you gaze long enough into an abyss, the abyss will gaze back at you.” Here, though unnerving enough, Magnotta revealed a sentiment nearly absorbed by Thompson herself ― perhaps the extensive search had gone too far. After time, the documentary feels as though it is telling the story of an infatuation with a murderer, not a search for him. Magnotta craved notoriety ― frantic in his acting and modeling career, even going to the extent to create rumors about himself dating a serial killer, he wanted the attention that was given to him through the online searches. He left clues, kept his composure, and was said to have a “calm” demeanor when approached. In viewing his moments of questioning, Magnotta seemed to exhibit vulnerability ― he was frail and in need. Contrasting his former attitude, in which he was grinning during his capture, this moment so clearly showed that his actions were a game and every person involved were pawns. Everyone was living in his world.

Beyond the complicity of Thompson and Green (which, Thompson reflected upon the audience at the end of the series), there is the accountability that should be held by law enforcement. Although typical and understood, their reluctance to become involved may have given Magnotta the air he needed to continue his plagueous actions. The Facebook group gathered immense detail in the case of Magnotta, creating files clogged with information on the murderer. There were even those who felt the coming chills of a potential murder happening at the hands of Magnotta. Perhaps, as suggested by Thompson and Green, Jun Lin’s death could have been prevented if law enforcement became involved sooner.

Though a well-crafted and engaging documentary that was well received by viewers, the issues with the behind-the-scenes implications of the entire story cast a harrowing shadow over the clear-cut cinematography. Things got ugly. Obsessiveness seemed to become a theme on either side of the terrifying incidents. Magnotta, a known narcissist, was introduced to a catalyst for his attention-seeking actions through the internet sleuths, who continuously pushed in pursuit and extrapolated beyond the resources available to them until they reached him. The police got involved far too late. In the case of Luka Magnotta, a lot should have been avoided. If anything, Magnotta may have directed his narcissistic urges to another medium much less petrifying. But, since we are here, it may be considered a lesson. Don’t F**k with Cats, and don’t go entertaining the maniacs who do, either. 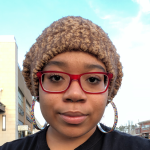