Are Record Labels Still a Necessity For Success?
Advertisement

As of recent years, many up and coming artists have begun to promote themselves in different mediums in order to build up a fan base and following. What many people don’t realize is that the music industry is an extremely harsh environment for a developing artist. With the majority of potential acts preferring to remain independent, this causes an impasse between record label and future star. The real question at hand is, do artists actually need a record deal to become successful? Some corporate executives may argue that in order for an artist to break through the amateur threshold, the artist must undergo a professional transition into the industry. In other words, the artist will have trouble remaining relevant without a record deal.

This certainly isn’t the case, Chance the Rapper is one of the exceptions of remaining independent while also being regarding as a top tier artist. He was able to build a fan base while also being in full control of his music. He was also able to influence other new acts into following a similar path. Lil Yachty even discussed his views on Chance and his success with an interview with Genius IRL segment stating,

Chance just broke a barrier for all the independent, up and coming, SoundCloud acts and for the people who just don’t want to take the industry route.”

However, it is important to define the term independent due to the fact that it has evolved and has changed it’s connotation in the music industry. Artists who regard themselves as independent have full control of their projects; the artist picks the release date, the artist picks which songs to release and the artist chooses the artwork. In an industry setting, the record label may have contractual authority in all matters of the project rather than the actual artist.

Record labels are also known for caring only about the music an artist produces and the monetary gains from it. Industry acts such as Frank Ocean and Lil Wayne have been exploited because of this trend; and newer artists are becoming to take notice. Independent artists are now able to take advantage of streaming platforms such as SoundCloud and YouTube as well as social media networking sites Twitter and Facebook. Due to the impact that these resources have among fandoms, artists are no longer pressured to sign with a major recording label and no longer have to jeopardize their music. Which should count as a positive outcome not only for many artists, but as well as their fans.

Dear White People: Why is Luis Fonsi’s Ownership of His Own Song a Threat to You? 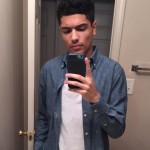 Eric is an aspiring music journalist who loves Rap music and loves writing about Rap music. He is also a huge FIFA fan and his favorite team is Real Madrid. Follow him on Twitter @eric_antonie