Sixteen-year-old Peter Sanchez is not well known, but his progress in the music industry should prove otherwise. Through his lyrical melodies and catchy beats, he creates songs that make your heart aching for more.

Born in Laredo, he now reigns in San Antonio, Texas, making buzz to the locals. After recently hitting 1,000 plays on Soundcloud, it’s evident his potential is there, but others are failing to realize it.

Starting in December of 2016, he began writing after experiencing his first breakup, giving him the courage to make them into songs because of artists’ like Logic, Atlas, and Kendrick Lamar. Now, he’s evolved into something much more, his first track on Soundcloud being produced by Lando!, a producer who’s worked with Atlas and helped make numerous songs around the website.

When asked about what inspires him to write, Peter responded “honestly, I write as a coping mechanism, creative outlet, and an expression of how I feel. Though, the thought of being able to make money from it does encourage me to keep going.” This is true with many other artists’ and writers, molding their feelings into their art, making it much more personal.

“I write as a coping mechanism, creative outlet, and an expression of how I feel.”

As for his inspirations, they include Atlas, Kendrick Lamar, a friend of his named Jacob, Donald Glover (Childish Gambino), Selena, Chance the Rapper, and @itsbirdy on Instagram. It’s truly a list of amazing people, worthy to take inspiration from.

From his music, his purpose “is to help people and be happy. It sounds cheesy but after going through life, being happy and healthy is crucial” and he hopes “people can cope with my music the same way I do, and I hope they can learn from it.”

In the near future, Peter says we can expect “more songs and projects”, and that he has an album coming out soon, inspired by a breakup he had. All in all, for a 16-year-old, he’s made amazing music and is sure to complete milestones and even more. He’s definitely going places, but the only way that can happen is if you support small musicians and help them achieve their dreams.

In this article:soundcloud, soundcloud artist to watch
Up Next:

Halsey is One of the Most Caring Celebrities Towards Her Fans 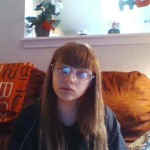 Brianna is a 16-year-old girl from Texas who has a passion for writing and social justice. For fun, she enjoys dyeing her hair, watching anime, and sharing vegetarian values.