Baahubali 2: A Story That Captures What Our Society Has Been Missing
Advertisement

When I came in contact with Baahubali 1, I had thought it to be another Bollywood movie aimed at igniting our dying belief in true love but the first few scenes gave me hope, that maybe there was more to the story than true love. That hope wasn’t squashed.

My aim, thus, is to point out subtle issues addressed, knowingly or unknowingly, by the producers and how this ultimately made Baahubali 2 the first ever Indian movie to gross over 155 million US dollars in just ten days of release.

The link between love/respect for mothers and infinite success

The average youth loves their mother because, well, they are mothers and we should love them- and this doesn’t include the ones of us who claim to hate their mothers, but few of us rarely ever attribute this love or its presence to the success we yearn for in life. In very inconsequential ways, this movie highlighted the link between the glory, strength and large fan base of Baahubali and his immense love, respect and awe of his mother. Right from when he was gifted his first sword, alongside his brother, one could see the difference between his response and that of his brother. Personally, I have learned to consciously tie my success to my love for my mother. Don’t ask the world why your hard work doesn’t pay off when you’re one to yell at your mother.

“I do not intend to compare between genders but it is important that we provide maximum opportunities for women who want to dedicate their lives to their countries and not cut them off because they are women.”

Humility does not douse the light of power

Over the years and through the rise and fall of civilization, a particular notion is being implanted in our minds, where power is concerned. This notion is to attribute the acquisition of power to sudden rise in ‘shoulders’. Baahubali 2, with very little effort, countered this. The lead character was a man with huge power at his disposal yet, as opposed to his brother, he enjoyed life outside of the palace, forged ties with people outside his royal caste and he did all these without losing his poise, demeanor or lessons as a person of power. Nowadays, appointing an individual as merely a student body president skyrockets their ego beyond fathomable limits.

Damsels can sometimes save themselves

The middle ground that females have been trying to explain to the general public was elaborated in such elusive ways. Damsels do not always need knights in shining armors, in the face of distress. Every individual likes to know that, come what may, they can stand their ground. This doesn’t rule out help if provided, but help should be provided with the knowledge that this damsel could, otherwise, have saved herself. Baahubali and Devsena clearly redefined the concept of ‘Romeo and Juliet’. (You should see the scenes with arrows!)

Our society is moving fast on the heels of self-centeredness and narcissism and we are contaminating one of the purest feelings, love, in the process. In this movie, a woman of lesser rule falls in love with a man, who happens to be the crowned prince of a kingdom with the most advanced civilization of their time. This power gap did naught to their budding love and at no instance did the man fall short in his affection because of the gap. Ours is a society where partners constantly have to live up to the high standards set by other partners who can’t give room to the humility that comes with loving.

Let’s say you are appointed to judge a case between your mother and a woman, to whose family you’ve made a promise and your mother is clearly wrong, how would you see to such a case? Admittedly, Baahubali might have gone a little over the top with how he handled the case but his ability to overlook the fact that it was his mother (whom he adores, by the way) that was wrong and give a just ruling, is a skill we all have to emulate. Half of us would have turned into sycophantic arse-lickers.

Our defense will not collapse if they included women

To say that women aren’t given much opportunity in our defense system because they aren’t as strong as men, is no longer a valid argument. A lot of women are becoming stronger than a lot of men. I do not intend to compare between genders but it is important that we provide maximum opportunities for women who want to dedicate their lives to their countries and not cut them off because they are women. Mahismati shoved the middle finger in the face of our present-day society, as they had a large number of females in their defense system. Heck! The mother Queen is already a force to contend with and not only that, her defense team, during a deadly war, consisted of men AND women. Empowerment much?

All you need to do is observe the appearance of the ugliness on the face of the antagonist. Jealousy can wreck havoc faster than fire and fuel and the results are, more often than not, nasty and ugly.

After discovering all these gems, I could not help but notice a flaw. Racism reared its ugly head, yet again. During the deadly war, the clan attacking Mahismati was portrayed as barbaric, deadly, ugly AND they were obviously painted black! I will take the high road and assume the producers thought it’d make a great storyline, without realizing the harm they would evoke. Yet, they’ve somewhat sent a subconscious message to viewers that ‘Black’ people can be barbaric, speak weird languages, be violent and look really ugly.

I guess this just goes to show that racism has a long way to go before it can be eradicated. Nevertheless, the movie did well.

In this article:Baahubali, bollywood, Indian
Up Next: 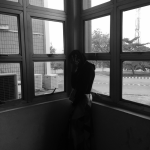 5 Most Inspiring Indian Women of 2018