His peculiarity is heeded early on. He’s strange; he rewinds the song he is listening to when his stream of consciousness is interrupted, records snippets of conversations to use as a foundation for the electronic music he records using analog synthesizers, and turns every midday stroll into his own personal movie-montage. His entire existence is a meticulous ballet of calculation and circumspection set to the soundtrack of The Damned.

He masks trauma with loudness. His cheap headphones, utilized only to drown out the tinnitus that resulted from a childhood car crash, are an extension of his body and a pink bedazzled iPod (which is equal parts bizarre and obsolete) replaces the familiar presence of a phone in his back pocket. It’s only fitting that his love for music is crystallized in his oddball career choice. Getaway driving only seems to exist within a fantasy realm—video games, Bond films, and music videos—and he treats it as such.

Very little of Baby’s motives to remain as a crime boss’s getaway driver is explained. It is explicitly explained that Baby owes it to Doc, the affluent kingpin, as a result of him catching Baby red-handed in the process of stealing his car, but it is left unaddressed why he got into the business of stealing and stripping cars in the first place. Does it stem from some indescribable eternal guilt? Perhaps it comes from a place of economic squalor or even a deeper layer of guilt that is rooted within his mother’s accident (you could argue that Baby justified his actions as a getaway driver as some sort of death wish—if anything happened to him behind the wheel of the car, he would go out the same way his mother did). Maybe it is the high or rush of it; is he so dulled by the death of his mother that the only strike of joy he could possibly feel comes from the nervous thrill of jacking cars?

Baby exists only inside of a dream world until he meets Debora, an innocuous waitress coincidentally akin to Shelly Johnson. She seems to free him from the quagmire of guilt that replays itself over and over in his head; guilt then no longer remains the primary emotion that overcomes him. She introduces a realm of newfound emotions into his subconscious—love, validation, intimacy, and purpose. The warmth she gives to him is pure and unadulterated; it has yet to be complicated by sex, by assumptions, by intricacy. He craves innocence, and he finds it in her. The memory of his mother seems to be fuzzy and fleeting, and he’s frustrated by it. The headphones he wears in the memory of him riding in the backseat of his mother’s car are modern headphones, not the ones that would have been used at the time of her death, which alludes to the fact that time is rendering what he once could recall with accuracy, imprecise. He strives to keep the memory of her encased in Debora herself, who radiates the same warmth that Baby remembers his mother having.

Their relationship is fueled by their youth and hunger for purpose; he’s lost, she’s bored, and they’re filled with an empty hope for something unfulfilled. That’s what explains the absurdity of their quick decisions. The romance is quick to form and very little characterization is riddled into their relationship, but it makes sense; nothing is left for them in Atlanta and, perhaps, anywhere else.

Baby never intended to do any wrong. It is evident that he is inherently good-natured and displays this in little ways; he strives to separate the ones he cares for (his foster father and Debora) from the repercussions of each operation and avoids pushing further anguish unto those coincidentally swept up in the midst of each robbery’s panic (the woman he handed the baby to after robbing Perimeter Bank, the employee he spared from going into the post office, and the elderly woman he tossed her purse to).

The actions of the livewire gang of thieves he is caught up with—Bats, Buddy, and Darling—makes his own actions appear to be insidious. He serves his time enough to pay back Doc for the damage he has done to his car and does so without complaining. The true catalyst for the film’s central turning point is Doc’s unwillingness to let Baby go after he has served his time, not Baby’s meet-cute with Debora. Doc’s stubbornness stems from his own personal paranoia—he fears that Baby is his good luck charm and any job he will conduct without him at the wheel will result in trouble. This stirs a feeling of impatience in the core of Baby’s being; he has already promised his foster father that an end to the funny business is in sight. Baby desires to quit getaway driving to spare his foster father from the danger of it, but he is unable to for the sake of his safety (Doc, unflinching, threatens to maim anything and everyone Baby has ever loved if he refuses to comply with his request). At Doc’s behest, Baby soon becomes a slave to his word. He is then sucked back into the vortex of peril.

But he refuses. The forlorn memory of his deceased mother—kept alive by a lone cassette tape of her singing and the mere memory of the car crash that killed her—and the presence of Debora is the driving force behind Baby’s rebellion and disobedience. He is unwilling to leave an empty promise unfulfilled and attempts to escape by the skin of his teeth. Sort of.

Baby Driver isn’t an action film in the vein of anything Michael Bay has ever directed. It’s closer to Drive than Tokyo Drift. It’s a film depicting the grimness of grief, guilt, pain, and love in the time of panic. The interplay between grief and guilt gushes into the subconscious within its runtime. It perpetuates the theme of vengeance, yet it is unperturbed by madness. All of Baby’s actions are justified, sober, and feasible.

It’s accessible. It’s believable. And it unfolds like a two-hour long music video. Edgar Wright sucks the enjoyable remnants out of the Fast and the Furious franchise (which lost its integrity to the hungry market from the get-go) and manipulates it to fit a coherent, organic, and authentic landscape. It encases the feeling of timelessness (not only through the character relationships but with the presence of the soundtrack—which is an entity unto itself) and runs with it. Histrionics are hidden and non-existent; even the coalescing of the choreography—whether it be car chases or jay-walking—with the soundtrack is clever.

Its Atlantan setting, a metropolis that feels as familiar as the backroads behind your suburb, adds a final element of astuteness. The roads, avenues, and alleyways weave into a formation memorized by Baby, and only Baby himself. The streets are emblazoned with lyrics that he knows like the back of his own hand and every memory he has of the city is painted on street corners that conjunct the past with the future.

By the final shot of the film, Baby becomes synonymous with everything he has sought to avoid, but the hope he maintains for the future still burns in the pit of his stomach.

Baby Driver is released into theaters on Wednesday, June 28.

In this article:ansel elgort, baby driver, edgar wright, jon hamm
Up Next:

Netflix Sparks Controversy With New Trailer For ‘To The Bone’ 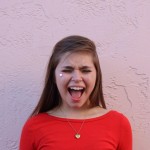 ‘The Goldfinch’ Trailer Is Here And It Is Stunning

How Movies Like “Baby Driver” Are Bringing Back Jukebox Classics