Expectations is a 14-track album by the talented Bebe Rexha. This is her debut album; however, she has had many EP’s and has written popular songs for several artists, such as Selena Gomez, Rihanna, etc.

Some of her well-known written tracks include “The Monster” (Eminem and Rihanna) and “Me, Myself and I” (Bebe Rexha and G-Eazy). In Expectations, Bebe really makes it personal and raw, sharing things she’s never shared about herself; some tracks are geared toward appreciating one’s self-worth.

This album has many great producers and songwriters, such as The Monsters and the Strangerz, Emily Warren and many more talented individuals.

Without further ado, here is a short and sweet review for each track on Expectations:

This the first track of the pop album; Bebe Rexha already starts with a guitar-driven melody, setting the tone for the album. In this track, as well, we can see how she states how life can go at a very fast pace daily — we as people often tend to fail at realizing it. She includes hints in order to reference her points, such as Mulholland Drive, which is located in California, and how it is one of the heaviest traveled roads in the United States, also using “Ferrari,” an Italian luxury sports car manufacturer, as a means to prove her point.

“I’m a Mess” was released as a single. It reveals Bebe Rexha taking a dig at herself in terms of self-worth and is belittling herself and her state of being, while at the same time, it expresses optimism for the future. It is an electro-pop song, and she even tweeted about how this track is meant to be about owning and celebrating your imperfections and insecurities. This song has the potential to be an anthem for self-positivity!

Released as a promotional single back in April, this is a love ballad in a rather unique way, while remaining very upbeat and catchy. Alongside Quavo, the artists go back-and-forth in expressing their desires and love for their partners from “driving the latest cars” and flying private jets, to popping tags in the fashion world. Overall, this track seems to prove strong desires for each other and their needs.

According to Bebe herself, this is her favorite song off the album. The subtle way to describe this track is to say it is a very heavy, guitar-driven track that centers on how deep a man’s love is for his woman, even though she is a mess. It kind of seems like it is in response to the second track, “I’m a Mess,” but from the man’s perspective! And how she reassures him that he’s the best for loving the girl, no matter how she was or the circumstances. Indeed, a groovy track!

This song just threw me off track when I first heard it! It had me in the feels for various reasons, as it seemed like this song was put in the perspective of two people who need to let go; however, they do not have the courage to say it. It ultimately is a pop ballad, which begs the other to let go, as there are no sparks and no meaning to their relationship. Bebe, you’ve outdone yourself!

A playful track, which is basically stating that she’s got no control over her lover. And basically that she cannot simply control or resist the temptation, so far to the point that she clarifies herself, stating, “I don’t mean cigarettes and alcohol.” Her cravings are compared to animals, as she says that she has no boundaries for her lover and can go to any extent.

This track takes a unique twist on the feelings of melancholy and loneliness, as Bebe states that she is perfectly fine and comfortable being sad and also comes to terms with it. Despite its lyrics being on the sad side, it is very funky and upbeat, which shows how Bebe truly does refuse to let the haters and sadness be apart of her life and drag her down. Perseverance is one word I would say this track gives me!

One again, Bebe proves that she is indeed a pop disruptor with this heavy trap-pop song! The heavy trap production makes it a fun and catchy song, making you want to listen to it on repeat! She talks about a boy, who after a one night stand has become infatuated with her and cannot get enough of her — it seems as though the boy is obsessed and is high on her love. This track features obsessed lovers — a typical trope — but instead of a girl being obsessed, she redefines the stereotype by claiming the male as the obsessed lover, instead!

A more hip-pop/rap-friendly track, in which both artists are going back and forth on the complications of falling love in their background/setting. It highlights that they are under the influence — how he is on drugs — which is the only time they are together. In my own opinion, this track is an example of a very unhealthy relationship. But, hey, who am I to judge!

“Don’t Get Any Closer”

This dark, upbeat song focuses on how Bebe tells her lover to stay away from her, as they only know certain parts of her; she is scared that the person will find out her “true-self” and then won’t like her for who she really is. She states that she’s been hiding a lot of things from that person, including her thoughts, and she states that it’s easier to fake it; she is willing to put on a mask and keep her walls high and guarded, so no one can enter. It is sung in a very soulful way. It actually seems as if she is pouring out her heart privately.

Her powerhouse vocals, along with piano and violin, prove how versatile her voice is in this ballad! Lyrically, this song revolves around how she wants to break up with someone she doesn’t love, but acknowledges and gracefully understands the other person’s love in a way to make the heartbreak a bit easier. It is just a rollercoaster of emotions, on which, I’m not gonna lie, I cried!

Don’t be fooled by the title. This song starts off subtle; however, it gradually builds up to a high-tempo. This song has a one-point perspective of Bebe, saying that she’s thousands of miles away from her lover; however, she keeps on reassuring herself that it’s just one more day and uses her pillow — hence the title — as a way to show her love and desire.

The Lady shows her versatility with this country-infused, pop song. She, time and time again, proves that she can sing so many different genres and isn’t just limited to pop! Like the title states, Bebe said this song is about how we expect things, but rather, we should just see what happens. Alongside the group Florida Georgia Line, it mashes lyrics on a break-up, alongside the message that if it’s meant to be, then it will be!

OMG, that was a lot to take in! However, I am here for it, like a true Rexhar! After many months of waiting, this album is definitely worth it. If I were to pick a favorite, it would probably be “Don’t Get Any Closer,” because I can relate to it. Let me know your favorite in the comments below!

Support the artist and check out her album Expectations on Google Music, Apple Music or Spotify below:

In this article:album review, WOW!
Up Next:

A Track-By-Track Review of Panic! At The Disco’s “Pray For The Wicked” 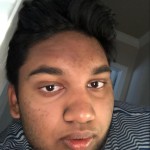 A Sri Lankan brown boy with many aspirations and dreams... also one who loves some Indian soap operas. 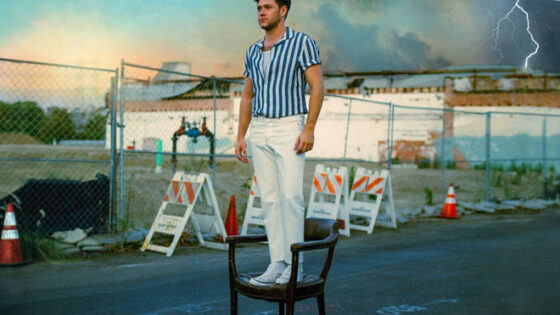