Last week, Kardashian went on an Instagram rampage posting nude and explicit photos of Chyna, given name Angela White, while accusing her of drug use, alcohol abuse and infidelity. Following his social media breakdown, Chyna took legal action and Monday morning was granted a temporary restraining order against the reality star until their hearing on August 8. Kardashian didn’t appear in court but was represented by Robert Shapiro, a member of O.J. Simpson’s Dream Team in 1995.

“I personally, on Mr. Kardashian’s behalf, apologize and offer our regrets for what has taken place in the past couple of days and now we move forward to do one thing and one thing only — whatever is in the best interest of this child.” -Robert Shapiro

In an exclusive interview with ABC News, Chyna explained her devastation towards Kardashian’s actions and claimed his allegations to be false. “I was devastated, of course, I’m like how could somebody like post these pictures of me and I’m like wow ok,” she said. “Like this a person I trusted, I confide in. I felt comfortable, you know with even sending these pictures and even talking to him about certain things.”

“Any explicit photos that she may have chosen to post in the past, that’s her choice. This is like saying that a woman can’t be raped if she previously chose to have sex with someone. It’s her body, it’s her choice, each and every time.” -Lisa Bloom

The couple split in December, yet the split seems to have taken a negative toll on the Keeping Up With the Kardashians star. Though both currently still hold custody of their child, Dream Kardashian, the judge will re-examine the restraining order at their next hearing in August.

What Do We Think of DurteDom’s Apology? 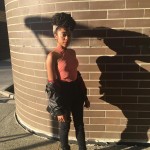