Blaming Demi Lovato For Her Overdose Is Extremely Problematic
Advertisement

According to TMZ, Demi Lovato — who has been open about her struggles with addiction — has been hospitalized in Beverly Hills due to an apparent heroin overdose.

The news comes weeks after the pop star revealed that she had relapsed after years of sobriety in her new single “Sober.”

Addiction is an unfathomable plight for those who suffer from it daily, no matter how long they’ve been clean.

“I wanna be a role model, but I’m only human,” sings Lovato in this powerful, personal ballad. “To the ones who never left me, we’ve been down this road before; I’m so sorry, I’m not sober anymore.” The singer went to rehab in 2010 upon advice from those closest to her. Unfortunately, an addict can only get sober if they desire to; therefore, a relapse was inevitable. In her documentary, Simply Complicated, Lovato recalls that she “wasn’t ready to get sober.” “I was using while I had a sober companion and I went through 20 sober companions. I was either craving drugs or on drugs.”

After that, Lovato lived in a sober house for over a year. In Seventeen’s 2014 August issue, Lovato opened up about her experience living a sober life.

“Since I went to treatment, there have been days when it’s felt really easy, and I’ve felt great about where I am. But then I have moments when it’s not. That’s life. You can’t just take your mind and your body into the shop and get it fixed. It doesn’t come out repaired. It’s not like a car, it takes time — pace yourself. Every day is a new opportunity to change your life and be who you want to be.“

Several of Lovato’s friends, as well as fans, have tweeted messages of support ever since news of her overdose hit the airwaves.

My friend @ddlovato is one of the kindest, most talented people I’ve ever met. Praying for her right now, addiction is a terrifying disease. There is no one more honest or brave than this woman.

Nevertheless, there are many people blaming Lovato’s overdose solely on her since she chose to start doing drugs again, primarily due to the idea that she (like most of the world), is aware of the repercussions.

Addiction isn’t a disease, it’s a choice. You don’t choose to have cancer. But you choose to be addicted to something like heroine

As a society, we should not look down or belittle people who suffer from addiction, especially if we have not been in that position ourselves.

No one can truly understand what they haven’t experienced. Amounting Lovato’s overdose and struggles — someone who is personally unbeknownst to a majority of the population — to a choice is not only disrespectful, it highlights an empathy deficit in our culture. This lack of self-awareness and compassion blurs the world from the reality of addiction: it is an incurable illness and sobriety is a constant, daily battle for all those that are afflicted.

Although some share the Jurassic sentiment that addiction is a “choice” based on free will — addiction of any kind has been acknowledged as a disease by the general medical consensus for many years — after the American Medical Association (AMA) recognized it as a chronic illness in 1987. Addiction is characterized by certain symptoms, just as other illnesses are. Some of the main characteristics of addiction include:

According to the American Society of Addiction Medicine (ASAM), addiction “is a primary, chronic disease of brain reward, motivation, memory and related circuitry.” When someone is an addict, these “circuits” experience dysfunction and produce “characteristic biological, physiological, social and spiritual manifestations.” In simpler terms, addiction is a chronic disease that is caused by substance abuse which causes a person’s brain chemistry to change in ways that affect their health. If addiction runs in a family, as is the case with Demi Lovato’s (her father was an addict and alcoholic), genetic risk factors increase the likelihood that an individual will develop the disease.

The disease of addiction is not a choice.

It does not discriminate on the basis of class status, gender, race or sexuality. Anyone and everyone can fall complicit to the powers of addiction. The strength of addiction can overpower even those with the strongest characters at any time.

Addiction does not plant its roots in the prefrontal cortex, the seat of higher-level thinking and decision-making. Studies have concluded that addiction begins in the oldest part of the midbrain, commonly referred to as the “reptilian brain.” This area of the brain governs basic survival needs and when compromised by an addictive substance, the brain mimics the addiction for the substance as a primal necessity. Dr. Jason Z.W Powers, a recovering addict himself, spoke at a middle school in Texas about the science behind addiction. “Drugs and alcohol hijack the brain of the addict,” Powers concluded. “The surge of the neurotransmitter dopamine — the reward triggered by chemical use — takes on the very aspect of a survival need.”

Addiction does involve an element of personal choice when someone takes their first drink or drug; however, people rarely contemplate the possibility of becoming addicts afterward. Studies of people who struggle with addiction have derived that the choices they make after the early stages of addiction are not their own.

“Even if taking a drug for the first time is a ‘free’ choice, the progression of brain choices that occurs after that involves the weakening of the circuits in the prefrontal cortex and elsewhere that are necessary for exerting self-control and resisting the tempation of drug use.” – National Institute on Drug Abuse (NIDA)

Similar to addiction, elements of personal choice are applicable to several chronic diseases. If you choose to smoke cigarettes, are you choosing to have lung cancer? If you choose to eat unhealthily, are you choosing to contract heart disease or type 2 diabetes? It’s generally accepted that people who persistently choose to eat McDonald’s and other notoriously unhealthy fast food chains are not necessarily choosing to become gravely ill, yet the same can’t be said for anyone who does drugs and becomes an addict. People all around the world have and will continue to experiment with certain substances. It doesn’t entail a desire for a lifetime of addiction — or a death sentence.

“I chose to drink, but I didn’t choose addiction,” Powers stated.

In this article:#demilovato, Celebrities, drugs, stigma
Up Next:

Three Marilyn Monroe Death Conspiracy Theories That Will Keep You Up 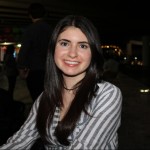