BTS Wows the Audience at the Billboard Music Awards
Advertisement

The 2018 Billboard Music Awards have just finished and everyone is still talking about their favorite artists going on stage, receiving awards and performing. But who were people most excited to see perform?

The Korean band BTS was probably the most anticipated act from the whole lineup. This was their comeback on the American-based show, therefore bringing Korean music to a whole new level in the West.

What should people expect from their performance? Was what everyone was asking before the show started. Taking into account the teasers and the music video for their new single, ”Fake Love”, the keywords expected were emotion, energy, the group showing mirrored performances that paired off members in an overall intricate choreography, that mixed up with the rich, meaningful lyrics. And the boys did not disappoint; their choreography was awe-inspiring and made everyone cheer for them. Following the performance, everyone was buzzing about BTS, those who did not know who they were searching them up, those who did were expressing their love and admiration through their social media. Even the Billboard Twitter account called it ”an epic performance”. Everywhere you look, celebrities are tweeting, commenting about them, praising them and acknowledging the place that they have acquired in the industry.

These days, BTS seems to have become a name that people can easily recognize, be it in regards to their last year’s win for Top Social Artist at the Billboard Music Awards (making history by becoming the first K-Pop group to win such an award), to them speaking up about social issues and how adults need to change their policies in order for young people to live better lives, or to the numerous articles that appear regularly, whenever the group breaks another record. Last night, their second win for Top Social Artist was expected by everyone, given the dedication and hard work that ARMY put into voting for the band.

There have been countless articles related to their growing fame, interviews in which they get asked over and over again what drives them, what inspires them, how are they able to still live the things that young people get to experience around this age; however, fame, money, numbers, views, records- yes, all of these are important when it comes to a band, but they do not represent, in fact, BTS’s main focus. The core of their work as artists is represented by something else, by the thing that drives people towards them, which is a deep understanding of the world, of people as complex, intricate beings and their emotions and the ability to show empathy. Sure, it is relevant to refer to them using the records they keep breaking (recently, they have started breaking their own records; this is the case of ”Fake Love”, which broke their last one, obtained with ”DNA”) but it is even more relevant to place everything in context and paint a broader picture, depicting them as 7 young people that started from nothing, have always taken issue with how society works, with the difficulties that the young generation is facing on a daily basis, and now, when they are reaching an audience they have never imagined they would be- they are using their influence to produce a change. The most powerful example of this is their ’’Love Myself’’ Anti-Violence Campaign, where ”they joined forces to sponsor #ENDViolence, a UNICEF campaign based around making the world a safer place so that that children and teenagers will be able to live happy and healthy lives, without living in the fear of violence.” These boys grew up, and while growing up, they made mistakes in the past. But who does not? The important thing is to realize you are in the wrong, to stop, analyze yourself and learn from it, and this is where their maturity lies, their strength and rawness. They are coming in front of the world and presenting things as they see them, they accept criticism, accept that their views may be flawed and are always learning, growing as individuals. When they compose, they make sure that the lyrics they are coming forward withhold no prejudice and consult professionals when they are in doubt. They consider it as their duty- to always try and change things for the better because their voices are heard now.

“I really want to say that everyone in the world is lonely and everyone is sad, and if we know that everyone is suffering and lonely, I hope we can create an environment where we can ask for help, and say things are hard when they’re hard, and say that we miss someone when we miss them.” Yoongi, in an interview with Billboard.

His words carry a deeper meaning if you take into consideration that they come from South Korea, a country where the new generation is dealing with a lot of pressure from parents, from the school system and where people are not as open-minded as those in the West when it comes to talking openly or learning more on topics such as depression and eating disorders, although so many of them go through hard times and are even ashamed to bring it up with their close ones (two major issues that the K-Pop world is dealing with, too).

BTS cares for their fans. The constant love, appreciation, the encouraging words that the members share with the world through their songs or videos, these are what makes them easy to love. Last year, their company, Big Hit Entertainment, carried out a survey in which they did not only ask questions that had to do with people’s experience as fans or their expectations from the band and the upcoming activities, but they included questions which focused on people’s mental health, as well, such as: ’’I see myself as someone who is depressed, blue’’, ’’I see myself as someone who worries a lot’’,’’I see myself as someone who gets nervous easily’’. Fans have been asking themselves why did the company ask such questions. One possible answer could be the following: Love Yourself 轉 ‘Tear’, their third Korean studio album, has among the tracks the song called ’’Magic shop’’, co-produced by Jungkook, which appears to ’reply’ to the answers collected from the fans; it is a song born, as he said, out of his love for ARMY, a touching, delicate song in which they are not trying to use the usual words people use when consoling others. ’’Finding strength’’ is rarely as easy as people sometimes make it be. Instead, hearing out other people’s stories, struggles, holding on to small things can really ease someone’s pain, or prove to be a better way of handling things and waiting for better times. There’s no key to living. There are days when despair settles in when people want to disappear forever, days when it seems that everything is lost when they cannot help feel hopeless. There are days when all one can do is wait for the flood to pass. However, what we should remember is that the light of the day will always conquer the night, that for a star to be born, there’s going to be millions of years needed for the molecular clouds to gather.

While drinking a glass of hot tea
And looking up at the Milky Way
You’ll be alright, oh, this here is the Magic Shop (lyrics from ‘Magic Shop’)

The line ’’I do believe your galaxy’’ references Namjoon’s tweet to the fans, reinforcing the idea that believing in someone when they most need it is an act of love and that everyone needs support, encouragement because all people have worries, struggles and periods when they are low.

For those who had not heard of the group yet and were asking, before the Awards:

Who is BTS? Worldwide famous people. But much more than that, Kim Namjoon, Kim Seokjin, Min Yoongi, Jung Hoseok, Park Jimin, Kim Taehyung and Jeon Jeongguk are voices that speak about injustice, struggles, love, kindness, sadness, about what it means to be human. They are young people who are still on the road of self-discovery, people who get sad, too, people who sometimes are hurting. Like everyone else. The difference is that when they are hurting when they are voicing their opinions, they are doing it in front of the world and receive harsher judgment for anything they express because they have created a name for themselves. They stop and analyze: what and why does it hurt? They look into themselves, digging up for feelings that no one has the courage to admit they have, and use them to grow stronger and to discover parts of themselves that had been hidden until then. It is easier to look away, but it does not help you evolve in any way. Running from yourself is impossible. So it is better to take off the mask and look at you, at the real you. At the end of the day, they are people who followed their dream, artists who live for singing, for dancing, who practice hard and put everything into their performances, because the stage is the place where they belong. Just like everyone else, they are human beings in the search of happiness, of answers, of a certain gentleness for oneself. Of a better understanding of everything that is surrounding them. The answers seem to be hard to find, and the problems seem big and hard to overcome, while happiness, such an abstract concept, seems far away and even harder to achieve. But, as Namjoon said, ’’They say people live to be happy. If you actually think about what happiness is, it’s nothing much. When you get to eat ramen after feeling really really hungry, that’s happiness.’’ Watching them perform, maybe you felt happy finding out that the lyrics speak to you, or that the passion they bring catches your eye.

Hopefully, you enjoyed the show!

In this article:artists, BBMAs, BTS, Celebrities, K-Pop
Up Next:

The Winner of Boston Calling Is… IKEA! (Seriously Check This Out)

The Vamps Announce The Release of the “Day Edition” 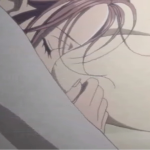