Childhood Marriage Awareness: 3 Movies To Add To Your Watchlist
Advertisement

When you live in a first-world, western society, childhood marriage isn’t something that you seem to think about often. Ever, actually.

People don’t tend to think about problems that aren’t their own. As cis women, who were born into the “free world,” when we were as young as twelve, or fifteen, we didn’t fear being forced into a marriage with a grown man. Little girls in western societies often dream of marriage, as it is glamorized in the Disney movies that we watch and praise. Marriage is often a lovely fantasy. This is because we view marriage as a symbol of love. Something that happens by choice. Whereas to some girls, it’s a nightmare. Getting married may even mean that they have to drop out of school. That is the sad reality for many young girls across the world.

The need for us to step outside of our privileged bubble is crucial and needed for these young women. Do we have to? Not exactly. But is it the right thing to do? Yes, of course it is. The first step you could take is by watching these movies that can be found on Netflix.

Movies can put things into perspective for those who have never been aware of these harsh realities for young girls in foreign countries. It brings the ugly truth to life, which is exactly what we need. It’s what they need.

Right now, feminism is at a high, and we stress that intersectional feminism is what is important. Intersectionality, at its core, is acknowledging women’s differences and varieties of privilege. Intersectional feminism wouldn’t be intersectional if we weren’t thinking of those in countries, where women’s rights aren’t nearly as prominent. This isn’t only about feminism — it’s about human sympathy. However, if you’re a true feminist, one of the best things you can do is be aware. Perspective is important, which is why I urge everyone to watch these movies.

Based on a true story that takes place in Ethiopia, Difret, which translates to “courage” in Amharic, “tells the story of a 14-year-old girl, Hirut Assefa (based on Aberash Bekele), who is kidnapped on her way home from school and subsequently grabs a rifle and tries to escape, but ends up shooting her would-be husband. In her village, the practice of abduction into marriage is common and one of Ethiopia’s oldest traditions.”

I first came to learn about Sonita, when I stumbled upon her song “Brides For Sale.” “Sonita Alizadeh is an Afghan rapper and activist who has been vocal against forced marriages.” She herself was almost a victim (twice); she was set to be sold to pay for her brother’s new wife. This documentary follows her chilling story.

A mother kidnaps her own 10-year-old daughter for protection purposes, “in the mountains of Pakistan; villagers hunt a mother, son and daughter, after they flee on the eve of the girl’s marriage to a tribal leader.”

Girls Not Brides is a Global Organization that is devoted to ending childhood marriage. They are a global partnership of more than 300 non-governmental organisations from over 50 countries committed to ending child marriage. On their website, they have a take action section, where tips and resources can be found. Also, here are 16 other organizations that are devoted to this cause. Childhood isn’t something that should be cut short. Donate, share and speak up for what is right. 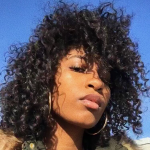