Conan Gray Is Personal & Emotional on “The Story”
Advertisement 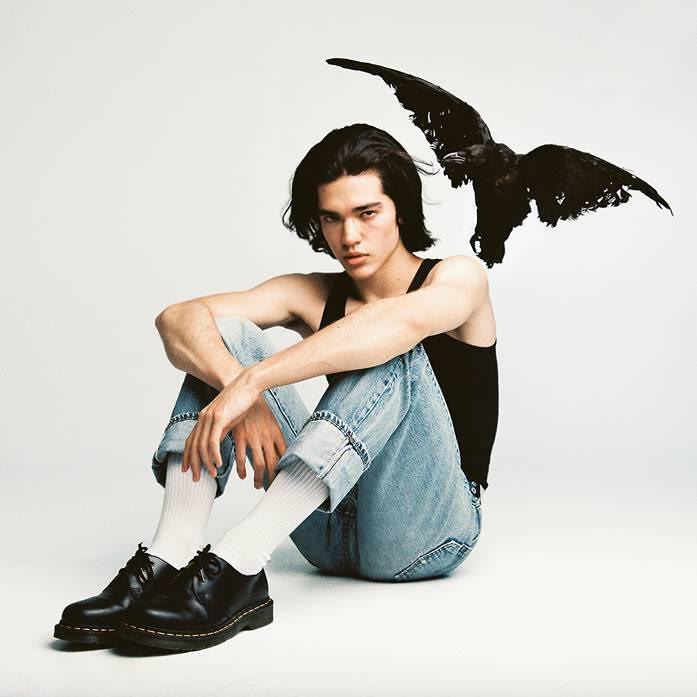 Conan Gray is one of the biggest indie stars in the industry right now. With a strong following and millions of streams, Conan became one of the biggest indie-pop breakout stars of 2019. Hinting on social media and leading fans on a “fill in the blank” scavenger hunt to decode the title of his album “Kid Krow,” Conan Gray has released one of his most emotional songs to date: “The Story.”

Light strumming opens the song before Conan sings, “Let me tell you a story/About a boy and a girl/It’s kinda short kinda boring/But the end is a whirl,” His voice grew stronger as he sings, “They were just 16/When the people were mean/So they didn’t love themselves/And now they’re gone/Headstones on a lawn… When I was younger/I knew a boy and a boy/Best friends with each other/But always wished they were more/‘Cause they loved one another/But never discovered ‘cause they were too afraid/Of what they’d say/Moved to different states.”

The chorus croons, “Oh, and I’m afraid that’s just the way the world works/It ain’t funny, it ain’t pretty, it ain’t sweet/Oh, and I’m afraid that’s just the way the world works/But I think that it could work for you and me/Just wait and see/It’s not the end of the story.” Continuing with his story, Conan sings, “Now it’s on to the sequel/About me and my friend/See, both our parents were evil/So we both made a bet/If we worked till we saved/We could both run away/And we’d have a better life/And I was right/I wonder if she’s alright.” This lyric likely refers to his best friend Ashley. The two have remained friends for many years, and through social media it is clear the two have remained exceptionally close, despite their distance.

my debut album is coming. hints in story.

Clapping rhythmic percussion begins, and the audio takes on a more distant sound, perhaps a metaphor for the Conan fading away from the first half of his life. Before the song wraps with the chorus, “And the movie’s always running in my head/All the people, all the lovers, all my friends/And I hope that they’ll all get their happy end/In the end.” This somewhat eludes, intentionally or otherwise, to the way that Conan used to film a lot of his life, and how a great deal of the story of his youth is accessible online.

In “The Story” Conan sings about romantic and sexual repression, clear products of his upbringing. Throughout his years on YouTube, Conan was candid about his religious upbringing – even coming to be known for concluding every video with “god bless and goodbye.” He also frequently talked about having to move a lot as a child, and the way that impacted him. One thing he has consistently refrained discussing is his sexuality. He doesn’t use pronouns in his songs, he includes people of multiple genders in his videos and even laughed that he wasn’t going to make a list of things guys find attractive about girls “for just so many reasons” in a video of his dating back to 2015. On Twitter in 2017 he joked, “would it be offensive to vandalize the anti-lgbtq+ church i went to growing up by drawing a bunch of penises everywhere? asking for a friend.” 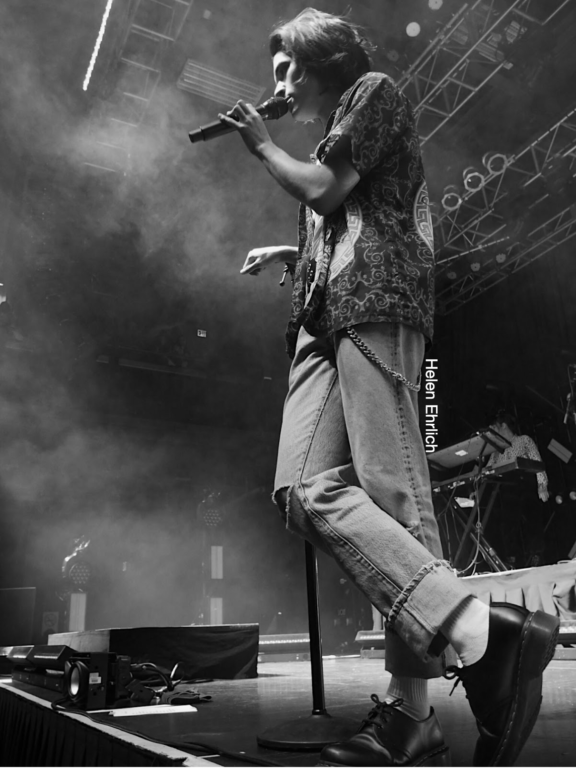 On his 2019 fall US tour, Conan played “The Story” on his fall tour (read about what it’s like on his tour here) prior to its release and shared with the DC crowd, “It’s a song that I wrote kind of about my whole entire life, ya know. I had a pretty… a pretty well, sh*t childhood, to be honest. Um, it was definitely less than ideal. I went through a lot, I think, really, really quickly. I think I was just forced to grow up really, really fast. But, when you’re a kid, you know, you feel so small and you feel so out of control. You’re like this tiny little thing in this gigantic world, and it feels, a lot of the time, like you’re just always gonna be like that. And, there were a lot of times that I was a kid that I just couldn’t imagine surviving my childhood. I couldn’t imagine getting older than 12 or 13, I just thought that I’d end there, ya know. I thought that it’d be over. And um, it was tough, but somewhere along the line, y’all came into the picture and completely changed everything. So, thank you for caring about what I’ve done,” Fans screamed and called out to him as he smiled and laughed somewhat sadly into the mic before continuing, “I think when you’re a kid who’s gone through a lot you tend to attract other people who are the same. Other people who have gone through the same as well. I think that in the friend group, I’m like ‘the damaged friend,’ and I think that I’m friends with all the damaged friends, and I think that a lot of us in this room are the damaged friends-” The room was filled with screaming at that line, “Whoohoo. All masochists here. But uh, throughout the course of our lives I think a lot of things happen to us, and this song just kind of is about a few of the stories that really stuck with me, and things that have really changed me forever, that I could just never forget for as long as I live. So, this is a song that I wrote called ‘The Story.’” Surviving past 13, Conan Gray started his YouTube channel at 14-years-old, after just starting high school. Bright-eyed and nervous he began a journey that eventually launched him out of his small town, as his youth was “not the end of the story.” He recently turned 21.

You can stream “The Story” here and preorder his debut album here.

Selena Gomez Is Both Vulnerable and Fierce In New Album “Rare”

How the Flood Scene from ‘Parasite’ Parallels Celebrity Responses to Coronavirus

Jessie Reyez’s Debut Album “Before Love Came to Kill Us” is a Raw, Unadulterated Masterpiece