A Review of Conan Gray's "The King"
Advertisement 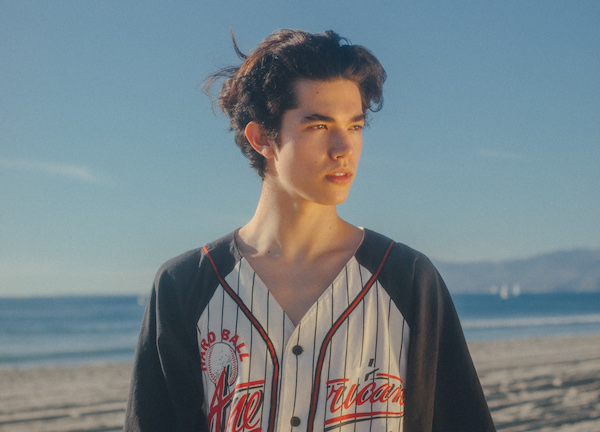 Conan Gray is a singer-songwriter and YouTuber from Georgetown, Texas. At the beginning of this year he dropped a re-release of one of his earliest songs, performed on Late With Seth Meyers, reached over 20,000,000 streams on his song “Idle Town”, and spent the past month touring with Panic! At The Disco. These monumental achievements are bounds away from where he was less than a year ago when he was producing music in a closet back home in Texas. Gray has refrained from releasing music and covers since his EP Sunset Season was released in November 2018. This contrast between his frequent uploads of covers to YouTube in early 2018, to his choice to abstain from releasing music now, details a shift in his career. Gray has now decided release more original music, and he wanted to do so with a different sound and biting meaning. Over the course of the previous week, Gray used social media to announce the release of his latest single “The King.”

“The King” opens with a pulsating beat, and no acoustic sound, and almost complete silence except for a single pounding beat. This sound differs greatly from Conan Gray’s typical songs, such as his hit “Generation Why” which features heavier synth, instrumentals, and backup choir. Gray sings, “Crush always making me feel like I got nothing to offer/But I’m the only one that can make you feel right/I’m the only one that you think of at night/Baby, don’t lie.” These lyrics paired with the beat feel sharper, darker, and more mature than any of Gray’s previous work to date. Gray sings about a crush who can’t seem to make up their mind. Gray sings of how the crush is clearly interested in him, but won’t commit, “You’re always talking to me like you’re totally bothered/So why you always ring at the end of my line?”

The chorus hits, and Conan Gray’s quintessential sound is reintegrated. Gray sings with confidence and passion in the chorus, declaring that he is the king. He sings of a crush who keeps flitting from person to person. Gray demands that since he is the king, he is truly the only one worthy of the crush. He ponders why his crush doesn’t recognize his superiority with lines like, “You like me, oh, obviously/ So why you trying to leave when you know that I’m the king?”

In the second verse, Gray’s confidence in his regality remains unwavering. He sings that he is perfectly stable watching their crash waste time with other people because he is secure in the fact that he is the only person that his crush truly wants, though they continue to deny it.  “So I let you/ Date everyone and complain that you can’t find a lover/’’Cause I’m the only one when the chemistry fades/I’m the only one at the end of the day.”

Throughout the remainder of the song, Conan Gray sings about being an emotional crutch. He discusses being at the top of his game – being the king if you will – while also being forced to care for someone else who just won’t admit their feelings or reciprocate his own. In what could be considered an intense spin on Taylor Swift’s 2008 classic “You Belong With Me”, Gray sings of being the one all along but being hidden by the crown right in front of his crush’s eyes. “I’m the one you’re coming to when you’re feeling alone/And I’m the only one who’s gonna pick up the phone/ Looking for the one but it’s me all along…Baby, I’m the one, yeah, that’s something you’ve known…I get what I want/Playing with your heart ’cause you give me the throne…”

“The King” is pulsing, daring, different, and demanding in the best way possible. You can stream “The King” on all platforms right now.