Every year, film and television award shows like the Oscars, Emmys, Golden Globes, etc. celebrate the incredible amount of movies and shows throughout the year. And rightly so – a lot of effort goes into creating masterpieces like Stranger Things, 1917, Ozark, Joker and many more. They award every aspect of creativity – acting, directing, producing, make-up and costume designing, visual effects, music, you name it. But there is one thing I have noticed over the years that has been nagging me for a very long time. Almost every single TV show or movie that gets nominated is an English speaking show produced mainly in the US or the UK.

Now I’m aware that there are International Emmy Awards that nominate and award foreign language shows. But this award show is never broadcasted on television like the primetime Emmy Awards show. To make matters worse, almost 50% of these shows (across all categories) that have won or gotten nominated so far are British TV shows, because the criteria is that any show that is not a United States production is eligible for nomination. This means, UK shows, which are again English speaking shows, get away with the recognition.

Less than 1.5% movies nominated for Best Picture in Oscar’s history so far are foreign language films.

In the 91 year history of the Oscars, only 12 foreign language films have ever been nominated for Best Picture. If we assume that for every year there were 9 movies nominated for that award, then according to my calculations, less than 1.5% of the total 819 movies nominated so far are foreign language films. Furthermore, until Bong Joon Ho’s Parasite in 2020, no foreign film had ever won in that category. Most of the time, they completely snub the other film and production departments. The Oscars also have a separate foreign language film category, but that isn’t enough. Hollywood needs to do more to recognise film and tv that wasn’t necessarily a US or UK production.

Which begs the question, are non-english films and tv shows not worthy of recognition?

You see so many mainstream English shows sweeping awards every year. I can argue there are so many incredible foreign language shows that deserve them even more. Dark, a German sci-fi show on Netflix, has shattered every Netflix record imaginable. It has beat notable American shows like Stranger Things and Black Mirror. It is currently the “Best Show on Netflix”. But even after three seasons, that show has zero primetime nominations.

And it’s not just Dark, there are so many incredible shows like Ragnarok, Sacred Games, Money Heist, etc. that are worldwide sensations. They have not received primetime nomination, even with a huge fan following in America.

So are these non-English shows and movies not worthy of mainstream recognition? Just because they are not American productions, or are foreign language entertainment, do they not deserve a nomination? Even with the few movies and shows that somehow got nominated, did the Academy really think their work is done? They really let Parasite win Best Picture and thought, “Alright, that’s enough diversity for today.” Content is content, art is art, no matter its production or what language it is in. And therefore, they should all be recognised as such.

The way Hollywood acts like it is some elite industry and that every other counterpart of it is somehow beneath it – or doesn’t deserve primetime recognition –  is extremely concerning. Even when Parasite won Best Picture, so many people were mad at the fact that it was a ‘foreign film’. The movie received extremely racist remarks from people, simply because it wasn’t in English.

So what? There is a whole entire world out there where English is not their first language. Yet they quietly use subtitles to watch all English movies and shows. You don’t see them complaining or being racist, do you?

My point is that these award shows should start giving foreign tv shows and movies the accolades they deserve. There is so much great content out there in all languages that deserve primetime recognition. They should not just get thrown into the sidelines with a simple presentation on a different day, without broadcast. It took the Academy 91 years to award a foreign film the title of Best Picture. We shouldn’t have to wait 91 more for another one. 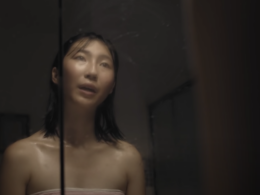