'Dear White People' Is Finally Here and For the Last Time, No It Is Not Racist
Advertisement

After a long wait filled with anticipation, excitement, and the occasional hate letter, the Netflix original series Dear White People was finally dropped.

Before even stumbling into the first episode of the series, one cannot ignore the slew of one-starred and even zero-starred reviews of the television show. As expected, most if not all of the critiques complain about the mythical reverse racism and the inevitable race war that this show seems to encourage.

“Dear White People shows to it[‘s] viewers that racism exist[s] but not to only the black community but to the white one as well” and “This is the most racist show I’ve ever seen. What would be the reaction if a show had been created and been called ‘Dear Black People?’ “.

There are at least a dozen more comments just like these on the Netflix site forum and even more ranging in levels of ignorance on other social media sites.

I’d like to be optimistic and chalk the hate that this Netflix original is receiving within its first 24 hours up to a simple case of misunderstanding or misinterpretation. I have high suspicions that most of this show’s critics were quick to judge the content based purely on its namesake. And while, yes, the show does carry a quite provocative title, by no means does it actually mean to encourage any hate towards white people.

The whole point of the show is to educate others on the daily tribulations that the black community faces. It uses humor and satire to call out the actions of a particular group of people that tend to be outright disrespectful and offensive. It explores the complexities of trying to find your part in the black community when you don’t exactly feel like you belong- with coverage ranging from interracial relationships to the ‘oreo’ effect.

Dear White People uses its locational setting of a fictional Ivy League to emphasize how hostile an environment can actually be when you take a look at the experiences faced by minorities. There’s almost no better place to examine passive aggressive racism and it’s effect on this young generation than a breeding ground of questionable frat parties and derogatory chants.

In fact, the subject of the very first episode is a very racist black-face party and the response that the black community must decide to take. It follows the aggravating back-and-forth of trying to decide what to do in a situation where you know that your concerns may not be validated. If anything, the show’s main focus is on the black experience at a predominantly white institution. No one is trying to offend white people, if anything, any offense taken should encourage people to see the mistreatment and injustices faced right beneath their noses.

At the end of the day, while Dear White People does yield a controversial nature with its tendency to not hold anything back, the show does have valid points that people who have experienced discrimination can relate to. I will listen to complaints about the show’s problematic storylines or misrepresentation of black students or questionable characters with questionable motives or even improper execution of an important message, but when you try to cry wolf with claims of reverse racism or offensiveness towards white people, that is where I have to draw the line.

Of course, I can’t determine what personally offends a particular viewer, but I can almost guarantee that this show was not created with the intentions to upset white people- well at least not too much, and only with the goal of making you mad enough that you call for change.

Darrel is Competing To Win $100,000 on GirlStarter So She Can Add Diversity To Hollywood Films

You Should Be Watching “Dear White People” This Weekend on Netflix 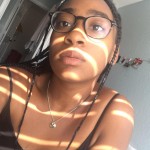 Nyah lives in Miami, FL where she studies journalism and creative writing- any questions, comments, or concerns can be sent to nthardmon@gmail.com.