Dear White People: Why is Luis Fonsi's Ownership of His Own Song a Threat to You?
Advertisement

The whites have done it yet again! Upon hearing Luis Fonsi’s remix of his hit song, Despacito featuring Justin Bieber and seeing it rise to the number one spot in American charts, I already knew something wicked was coming. Of course, my Cuban third eye was right, as it always is, and Bieber supporters have now begun the #LuisFonsiIsOverParty hashtag in order to transfer credit of the song over to Mr. Bieber.

Now, I am not saying that this is some white foolery, but this is some white foolery. Not only is the creation of the hashtag in itself essentially useless, because well, a person’s career cannot simply end at the hands of a single hashtag, but also, how can Bieber claim a song that he not only did not write but evidently cannot sing either? Also, in response to all of those who claim that the songs’ success can only be attributed to Bieber’s feature in it: 1) The original had over one billion views on Youtube, and broke Vevo record by becoming the fastest Spanish video to reach 200 million views in 22 days, and 2) The original was number one in Latin countries and Billboard’s Hot Latin Songs Chart and was number three on Spotify’s Global Chart, making it the first Spanish song to reach such a high rank on the chart. So, sorry to break it to you, but no, the song was not only successful because of Justin Bieber. It was successful far before his remix was released.

Therefore, with all of this in mind, it really is not quite clear to me why ‘Beliebers’ are angry at Fonsi for claiming his own song, or simply why they are even angry in the first place. Perhaps they feel threatened? No one can be sure. But one thing is for sure: Justin Bieber does not deserve the rights to Despacito. Besides the fact that his knowledge of his own lyrics does not go beyond the title of the song, him receiving credits to the song would only further prove that we still live in a day and age where white people hold the capacity to steal content from people of color and get away with it. This concept is already being proven by his fans encouragement and would only be further proven if it were to become reality.

In all sincerity, it is time that we stop putting mediocre white boys on a pedestal for doing the bare minimum. They not only do not deserve it but are also stealing the spotlight from people of color who have been doing the same and more for a multitude of years.

10 Songs You Should Be Listening To Right Now

Are Record Labels Still a Necessity For Success? 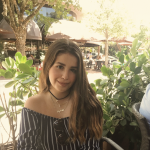