Mo Pop is a hodge-podge of everything great about Detroit. Painted pianos are strewn everywhere, local artists and vendors get to share this city’s culture, and of course, everyone gets to experience great music. And with Aminé and Foster the People as some of the festival’s headliners, Detroit’s phenomenal music legacy is going nowhere.

When I was in the crowd waiting for Aminé to perform, I wasn’t expecting I would enjoy his set, as I had been disappointed every time my boyfriend would take me to a show by an R artist that he likes. I was pleasantly surprised by his talent and energy that made his show one of the most fun, memorable performances of the night. He fired up the crowd with his very own rendition of Novacane by Frank Ocean, showing his versatile skills as both a rapper and a singer, as well as songs from his newly released debut album Good For You. When he performed his debut single and big hit Caroline, it was truly the icing on the cake of an incredible performance. Despite being a new artist, Aminé definitely showed how it’s done at Mo Pop. He connected deeply with the audience in every song and I felt engaged throughout the whole set. Aminé made a fan in me by the time he walked off the stage.

Foster The People, the closer of the night, and rightfully so, left fans pumped up and ready for the next day. They opened with a song from their new album Sacred Hearts Clubhouse that alluded fans to their evolving sound. Even though the songs from their new album were fun and energetic, nothing had me more thrilled than every time they performed songs from their previous albums. Torches and Supermodel were albums that I have deeply cherished over the years. Coming of Age, Call It What You Want, Don’t Stop, and of course, Pumped Up Kicks, were my favorite performances of the day. When they would lay the opening notes of their hit songs, the demeanor of crowd truly went from 1 to 100. I felt like I was one with the crowd and Foster The People, celebrating both music and Detroit’s rich culture.

Mo Pop is everything you could want out of a music festival. I know that I had a blast dutifully serving in a Nerf gun war against fellow festival goers and battling to beat the high score of Paperboy in the vintage Mo Arcade. Even when I got tired and hungry, the local food trucks and hammock station got me fueled and ready to go. I’m eager and excited for the next and final day of Mo Pop where I will undoubtedly continue to have the time of my life.

In this article:Aminé, Detroit, festival, Foster, Mo, music, people, pop, the
Up Next:

Professional Healer of Hearts and Minds: The Cure-All Playlist

How Cage the Elephant Is Keeping Rock Music Alive 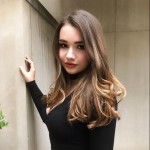