Disney Is Working On A Live Action 'Lilo & Stitch' - But Is It Necessary?
Advertisement

This past week, Disney announced that they will be working on a live-action remake of Lilo & Stitch, an animated film about two Hawaiian sisters, Nani and Lilo, coping with the loss of their parents. The two decide to adopt a dog, but the dog Lilo picks turns out to be an alien. From there, chaos ensues, but through it all, we learn about the importance of family or ohana.

The animated film was released in 2002 and was praised for being a nontraditional Disney movie. Both Lilo and Nani have a darker complexion than the Disney princesses that had debuted by that time. Both of them are far from royalty, and no man had to come and save them. Nani takes on the role of a single mother, caring for her sister all by herself after their sudden loss. On top of that, Nani does not have the thin figure of the other Disney princesses, making her a strong role model for children everywhere. While Lilo & Stitch is a wonderful movie, is it really necessary for a live-action remake?

Now that Disney has seen success with not just the original movie, but with their live-action remakes of Beauty and the Beast and Cinderella, Disney is on a live-action remake roll. In 2019 alone, there are three remakes scheduled for release: Dumbo, Aladdin and The Lion King. Currently in the works and scheduled for later release include Mulan, Lady and the Tramp and now Lilo & Stitch. Disney’s animated films appear to be exclusive to sequels, such as Incredibles 2 or Ralph Breaks The Internet. While many enjoy getting excited again over their childhood favorites, there are others who are skeptical of the remakes and Disney’s choice to create so many of them.

For starters, casting is a huge issue with live action remakes. Watching these films as a child, we create our own thoughts and views of the characters we see. When Beauty and the Beast was released, people criticized the choice to cast Emma Watson as Belle. Some say she’s better than the original, while others think her performance fell flat. While there will always be critics, the casting is vital in creating an enjoyable remake. Another key point about casting, specifically when casting nonwhite characters, is casting a person of the same race as the original. The upcoming remake of Aladdin has stirred up plenty of controversy when it comes to casting. The actress playing Jasmine, Naomi Scott, is seen as unfit for the role as she is Indian and white, while Jasmine is Middle Eastern.

This makes many fans concerned about other castings. Will Mulan hit the mark for an all Chinese cast? Will Nani and Lilo actually be played by Hawaiian actresses? What if Disney were to remake The Princess and the Frog or Moana? If Disney cannot get the casting right, maybe they shouldn’t remake so many of their animated films.

Aside from casting, there are several stories being altered when turned into live-action remakes. For example, in the Beauty and the Beast movie, Belle travels to see where she lived with her mother when she was just a baby, and hints pointed towards her mother dying of the plague. This was not a big detail in the animated original, and while it is not necessarily a bad detail to include, it shows how remakes do not completely copy their originals. Aladdin and Mulan have come under fire by fans for changing storylines and adding characters that were not part of the original. These changes can either add to the stories we know and love and transform into something we dislike.

On top of all these issues with the specific remakes themselves, Disney’s constant production of remakes removes credibility from animated films. Indirectly, Disney is saying that the original animated films are not good enough anymore and that every film needs to have a live-action remake. This makes the animated movie industry appear to be an outdated form of storytelling when this could be further from the truth. While Disney fans are welcome to enjoy the nostalgia of the remakes, others like me will be awaiting more original animated films.

Charcoal May Be the Latest Craze, But is It Healthy?

Beck, You Have Another Stalker- A Review of the Fifth Episode of ‘YOU’ 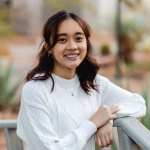