You might’ve heard of the worldwide K-Pop sensation BTS. If not, you probably should. The South Korean group—made up of four vocalists and three rappers—have taken the world by storm. They have always had global success, but broke through as the first K-pop group to ever be nominated at the 2017 Billboard Music Awards. They made history when they received the award against socially acclaimed artists like Justin Bieber and Selena Gomez, when they performed at the American Music Awards, and when they had their first U.S. televised debut that same year.

Now, BTS is nominated for Top Social Artist at the BBMAs again, this time set to perform at the renowned stage with the premiere of a new song off of their upcoming album Love Yourself: Tear. This week, the group’s company Big Hit Entertainment announced their worldwide tour starting in August, with shows in South Korea, North America, and Europe. Their previous headlined tour sold out arenas, with tickets being selling in minutes.

BTS has one of the biggest fan bases in the world—if not the biggest—with a huge online following. They post on Twitter often, have live streams and recently came out with a Youtube Red documentary series called Burn The Stage where the boys show a more personal side of themselves, as well as what goes on backstage. That being said, it is no surprise that they would be nominated twice a row for the Top Social Artist award, but why is this group so popular and different from other K-pop acts?

“Lately, we [have] begun to realize our influence on people, especially on our fans. We just hope that, with BTS, many people in the world will feel consolation and healing, and share their stories, whether it be grand or small. We really want to be a part of such a cool world!” – BTS told Forbes Magazine.

They are socially aware: BTS has made several charitable donations throughout their career. Recently, they collaborated with UNICEF on an anti-violence campaign, pledging 500 million KRW with 3% of their Love Yourself’s series income donated to make the world a safer place.

BTS made a name for themselves as artists: If you know anything about the K-Pop industry, you would know the top entertainment agencies being SM Entertainment, YG Entertainment, and JYP Entertainment. Artists that come from these companies record high in sales and go global fast because of years of successful acts to their names. BTS comes from a relatively small company so the odds were naturally against them.

They write and produce their own music: Most idols are not really known for making their own music. Instead, the composers and producers in their companies take over. The members of BTS are known to partake in every part of the writing process and broke taboo by talking about important issues and obstacles that each member has been through. What is most different about their music is that they have variety. They started off as a rap group but are now mixing elements of EDM, R&B, hip/hop, rock and even classical music.

Perfection is their focal point: Every K-Pop act has to train for a couple of years before releasing music, focusing on choreography and vocals. BTS was trained to sing and dance simultaneously. Their dancing is extremely compelling and in sync, you can tell that they practice almost every day. Their music videos go hand-in-hand with their choreography and songs. Each music video is incredibly detailed and well thought out with breathtaking visuals.

With all of this in mind, their fans are immensely supportive of what they do and BTS always make sure to interact with them. Getting an award like this again is definitely great because they are being recognized as a force to be reckoned with. Some might say BTS need to be known for their talent instead of how many twitter followers they have. This isn’t about validation. It’s about spreading their passion for music, their message and their art as a whole.

Rita Ora is Sorry About her Single “Girls” 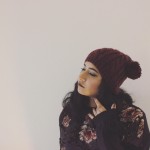