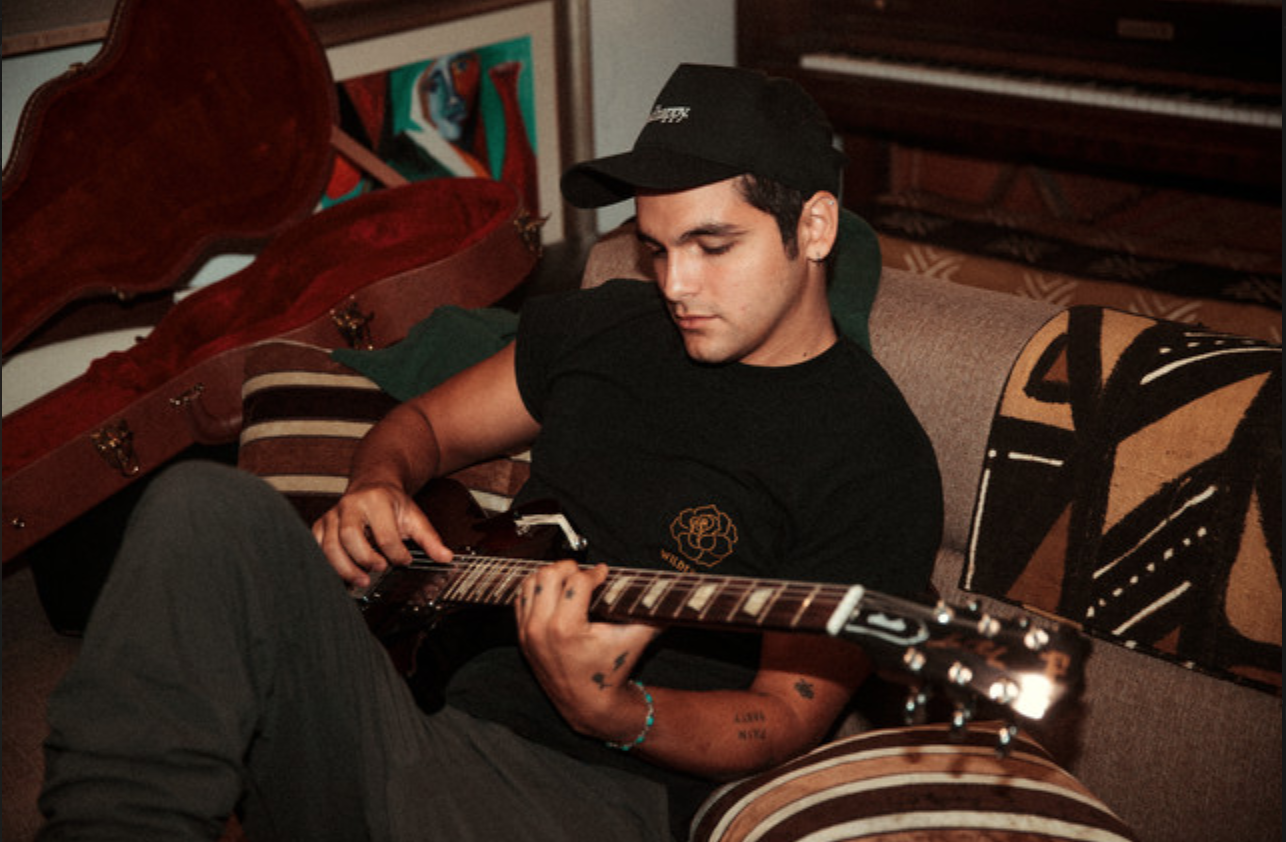 Emmanuel Franco is a young and trailblazing voice in the indie music scene, constantly on the cutting edge of the genre. Emmanuel was one of the first stars to work with Winston House, which later went on to work with the likes of Billie Eilish, Hozier, Janelle Monáe, Dua Lipa, Ed Sheeran, Carly Rae Jepson, Social House, Yungblood, Benny Blanco, Cody Simpson, Noah Kahan, Kelly Clarkson, Mark Diamond and Justin Bieber.

Emmanuel’s latest song is “Broken Man,” and since the song was dropped in April, it’s brought in over 150,000 streams on Spotify alone, landing on some of the platform’s top playlists. Now Emmanuel has released a video to pair with the hit track.

“Broken Man” opens with strumming acoustic guitar, and the video begins with Emmanuel walking down a set of train tracks as darkness fades into light. The video footage is intentionally grainy and gray, immediately creating a faded look to the video. There is a slight dip in his vocals as he sings,“And since I don’t have you in my arms/I’m keeping you alive/A memory alone,” while the video features him climbing a telephone pole.

The video’s color scheme shifts in the next verse. No longer wandering down train tracks with gray coloring, the video is now warm and orangey, like the glow of lamplight. Emmanuel is smoking, drinking, eating oysters and accounting the perfection of the person he no longer has, but cannot release. He admits, “You’re all I’d ever want.” Darker memories begin to swirl, with black and green elements to the still grainy footage. Emmanuel walking away, him driving down the highway to Salem (likely Oregon, judging by the Portland shirt he holds up at one point in the music video), his hand gripping the steering wheel.

As his voice lightens, “And I would never let you go/I’m not capable,” so do the shots. Browns and blues. Waterfalls, birds flying, Emmanuel underneath street lamps. Pinkish reds take over the screen now. Campfire blazes, and a shot of Emmanuel’s face glowing in the flames appears. His eyes are staring into the embers and there’s pain. It’s the face of a man struggling with his thoughts, which is the point of the song, “…I’m a broken man without you.”

More dismal shots are included, walking down a street sitting on stage, wandering by the water. There’s a chorus of “ahhh”s and rapid guitar, as the video takes a moment to simply focus on light peeking through winter-bare trees through a windshield. Emmanuel’s mood seems brighter in the next selection of clips, as there is no overlay and he’s smiling and trying on clothes. Then the lyrics croon, “Reminding me of times when I look at your face,” as he stares in a barbershop mirror. Emmanuel’s eyes are still a bit glazed and it’s visible that he’s lost in thought, to some extent.

“All alone, all alone I’ve been/All alone I’ve been thinking/I’m alone for a reason no,” Emmanuel sings, almost gasp-like. He’s “been thinking” a lot, and it’s clear that at this point in the video and song, he’s begun to feel overwhelmed by his own thoughts. The shots have gained a more melancholy look. Primarily blue, but one shot of him smoking in red, Emmanuel seems paralyzed by his own emotions. He walks alone, sits in thought, strums with aimless aggression, stares out windows, mans a tractor and reaches for a dog that will not come to him.

I’m stuck in a hoodie. It’s not even cold. Sometimes I wish it rained in Hollywood. If my two fingers were made out of steel when up against my head would I pull the trigger?

Increased percussion with the chorus of “ahhh”s again creates a sound that has finality. Once again with gray coloring and standing on the train tracks, Emmanuel lets a train rush by him, the air blowing his jacket and hood back. Emmanuel stands with arms outstretched, welcoming the terrifying presence of the locomotive. He is accepting his fate as someone who will continue to hurt and wish for someone who has gone on without him. The instrumentals and chorusing fade away as Emmanuel concludes the song, “Oh I’m a broken man.”

The video to “Broken Man” is a montage. The VHS tape appearance helps to emphasize the nostalgic feeling of the video. Watching the video feels like you’re sifting through someone’s memories. The constant changes in coloring help to emphasize the shifts occurring emotionally throughout the video. Each makes no sense and holds little weight when separate, but together the clips tell a story of healing. Emmanuel Franco’s “Broken Man” music video is personal and poignantly pain-filled.