Four Shows Where Music Is the Protagonist
Advertisement

Music. TV shows. Two things I love mashed together. Sometimes it works, other times… don’t. If you can’t seem to find the good ones, here are four musical shows you definitely should watch.

Yes, I know, everyone knows Glee. But this show was the one who made this type of show “a trend”. The plot talks about a bunch of students and a Spanish teacher taking over the glee club of William McKinley High School. These students are firstly losers, but lately, cheerleaders and jocks became members taking their popularity away. It talks about love, friendship, sexuality, teen pregnancy and -sadly- death.

Glee is the go to the musical show -especially its first three season- with endearing characters, really good covers and top guest stars.

With two seasons, this show tells the story of Rebecca Bunch, a lawyer who one day she bumps with Josh Chan -her ex-boyfriend- on New York. After some dubious advice, she moves to West Covina, where Josh lives. While trying to get back with Josh, Rebecca makes friends, gets together with Josh’s best friend and imagines musicals in her daily live.

Rachel Bloom writes every song in this show, parodying popular styles and songs. They are catchy and you are probably going to come back to listen to them one more time.

What is going on behind the production of a Broadway show? “Smash” tells you. The show features two writers that come up with a musical based on Marilyn Monroe. Along with producer, directors and the cast, they have to balance their personal life with the stressful activity that is giving life to a new musical, when they don’t know if it’s going to be successful.

With very musical-like songs, this show might not be everyone’s cup of tea, but if you enjoy musicals and you want to know the behind the scenes this is the show you should watch

The newest of all of the shows on this list. This Netflix original, it’s set in South Bronx, New York City, at the end of the 1970s, following the origin of hip-hop and rap through Zeke and his friend’s eyes, when they meet Shaolin Fantastic -a graffiti artist who wants to be a DJ- and form a band: “The Fantastic Four Plus One”. Aside of this, we have Mylene’s storyline: she wants to be a disco singer but his religious father doesn’t let her.

The Get Down show us the history of arguably one of the most popular music genres today. An amazing cast, great script, beautifully filmed. And with the second part of the first season in the way.

It’s hard to find musical shows, but it’s even harder to find a good one. These four are shows with a good cast, a good plot and most importantly: good music.

PSA: 13 Reasons Why Isn’t the Only Reason Why You Should Care About Suicide

6 Reasons Why You Need To Watch ‘Powerless’ 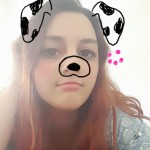